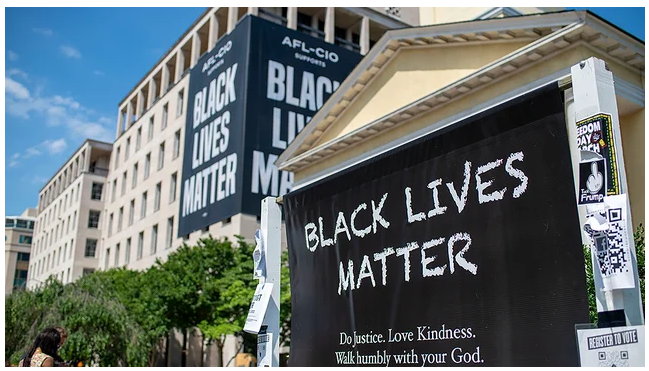 (WASHINGTON, D.C.) – National AFL-CIO President Richard Trumka has announced the creation of the National AFL-CIO Task Force on Racial Justice, charged with implementing a series of recommendations adopted by the National AFL-CIO General Board that focuses on taking concrete action to address America’s long history of racism and police violence against Black people.

“The Labor Movement is committed to being the tip of the spear in the fight to bring long overdue racial justice to our country,” Trumka said. “These dedicated leaders will take on one of the most complex challenges our movement has ever faced.  I am confident each of them have the experience, dedication and tenacity to lead this important initiative.”

The Task Force will engage all corners of the Labor Movement in frank discussions about race, promote open dialogue on how to best build a more diverse Labor Movement, fight to make police reform the law of the land, encourage Law Enforcement Unions to be agents of change and much more.

“I am honored that President Trumka has faith in me to lead this pivotal work the Labor Movement is embarking on,” Redmond said. “I’ve spent my entire life fighting for racial justice in the workplace and throughout our communities.  These are challenging times for our country and our Labor Movement.  We cannot afford to be silent.  I look forward to working with all the Task Force Members.”

Terry Melvin, President of the Coalition of Black Trade Unionists and Secretary-Treasurer of the New York State AFL-CIO, will serve as Executive Director.

To Directly Access This Labor News Story, Go To: https://aflcio.org/press/releases/afl-cio-creates-new-task-force-racial-justice?fbclid=IwAR1dQaYl7zpnJKGevg7Vwp2zOPuWIHEfcWchXPio3UyQb6XRH4i483papvE