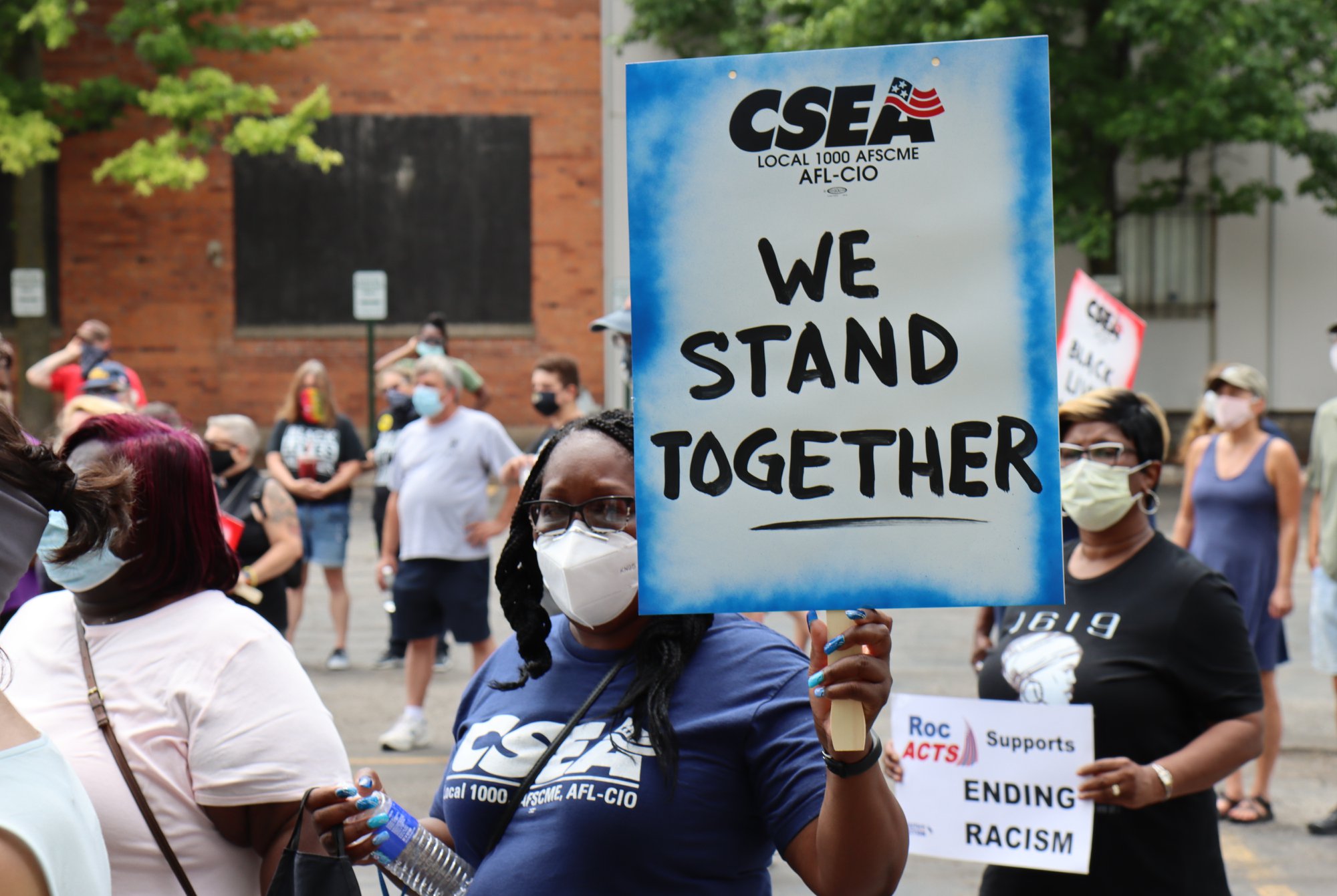 (ROCHESTER, NEW YORK) - Unionists, allies, friends and family joined together over the weekend to stand up and speak out on racial and economic injustice at a Black Lives Matter rally sponsored by the Rochester Chapter of the Coalition of Black Trade Unionists (CBTU).

“The Labor Movement ‘has been in the forefront’ of the Civil Rights Movement, ‘as well as supporting a woman’s right to choose, opening educational opportunities for minority children attending isolated and substandard educational institutions.’  It was the march on Washington for Jobs and Freedom (that) we ‘shared the struggles of better pay and equal rights,’” CBTU Rochester Chapter President Debbie Lee said in announcing Saturday’s rally. 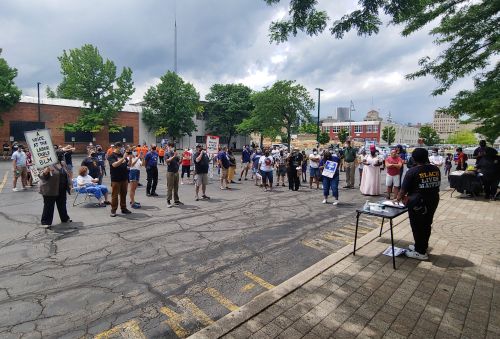 “It was Saul Alinsky, whose work through the Chicago-based Industrial Area Foundation that ‘helped poor communities organize to demand better housing and jobs.’  Alinsky, helped to form the Fight Organization here in Rochester.  I invited Labor ‘to show our support to the Black Lives Matter Movement.’  With the murder of George Floyd, and others I would like to see the Labor Community join us in this event.  We asked everyone to share this with their family, friends and Co-Workers.  We asked they wear their Union T-shirts and colors for this gathering, and also, to be respectful and wear a face covering,” Lee said.

“CSEA ‘has a legacy of fighting for racial and economic equality for marginalized communities and that’s why we are here,’” CSEA Western Region Vice President Renee Jackson, who is also New York State Department of Health Employee, said after the rally.  “We ‘cannot continue to jeopardize the callous disregard for the health and safety of our Black and Brown Brothers and Sisters.’  ‘It’s time for our lawmakers to immediately enact meaningful change - we are vocally demanding it for ourselves and for those who feel they are voiceless.’” 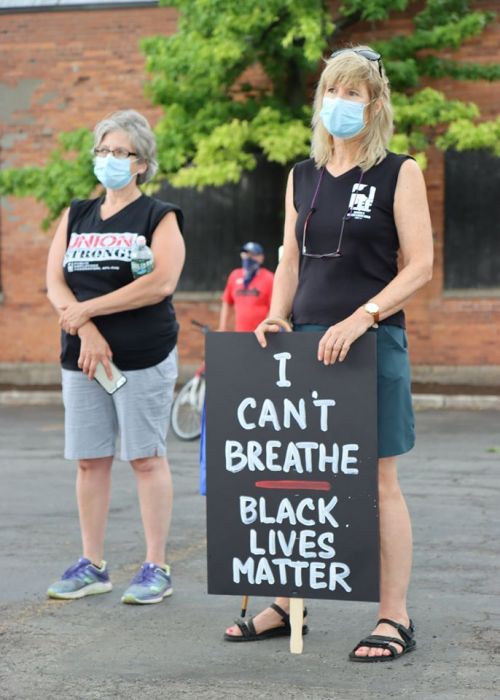 CSEA Western Region Executive Vice President Tim Finnigan, said: “In the Labor Movement, ‘we have always stood up and spoke out when we see racial or economic injustice.’  ‘It’s our history.’  ‘It’s in our DNA.’  ‘We are here to affirm racism is not welcomed in our workplaces, our streets or in our country.’”