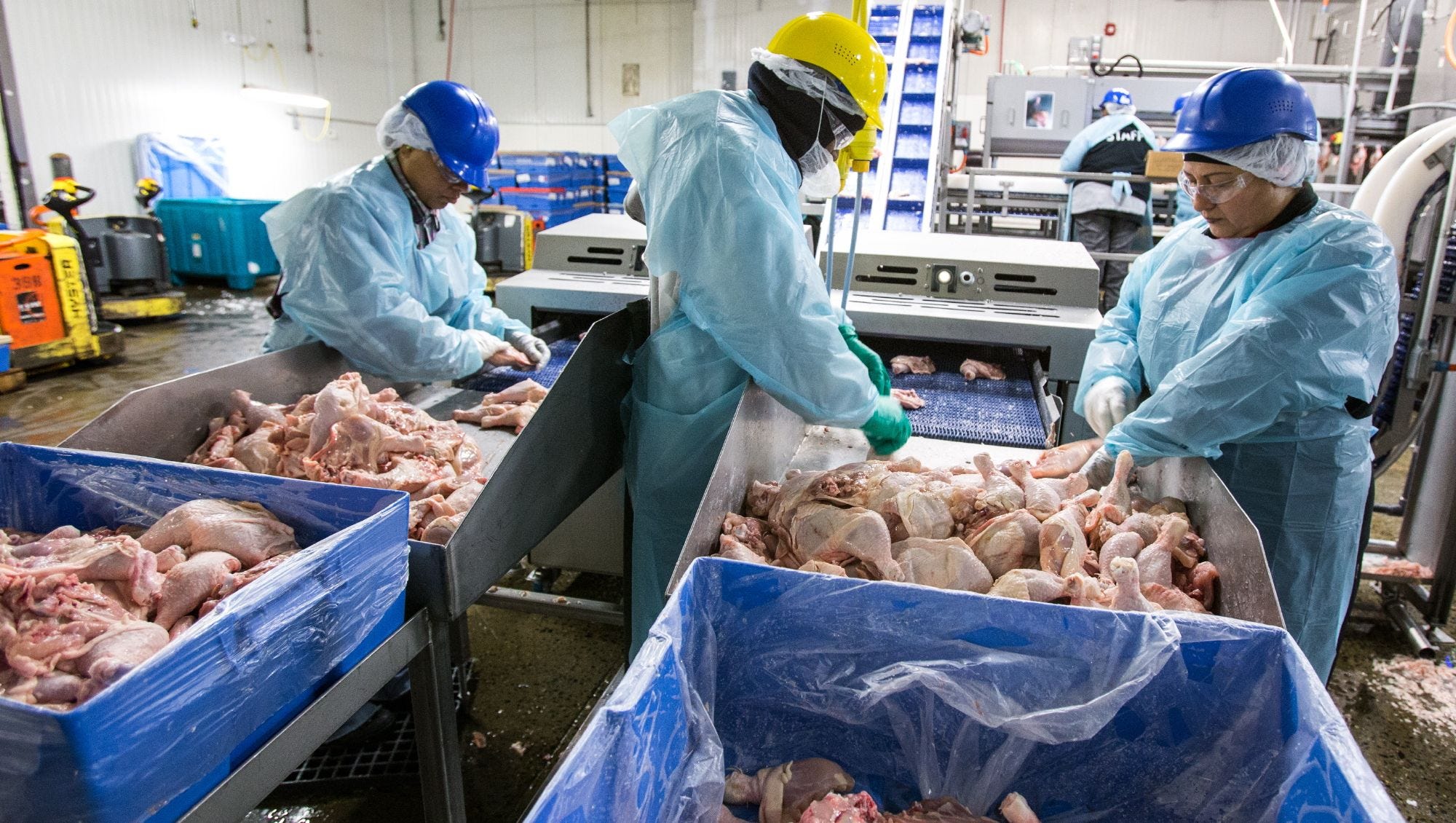 (WASHINGTON, D.C.) – Republican President Donald Trump’s National Labor Relations Board (NLRB) is considering killing a legal precedent that has protected Unions since before he was born, according to a recent filing by the Board.

One Professor of Labor Law said he was “stunned” when Trump’s NLRB announced that it would review the precedent.

A National AFL-CIO Lawyer told The Young Turks it is “highly likely” that the NLRB will at least narrow its scope.

The upcoming NLRB review arose from a dispute between a Union representing 800 Delaware Poultry Workers and the Trump mega-donor who owns the plant where they work.

Many Workers are Immigrants and, according to legal filings, about two-thirds have required documents to be translated into Spanish or Haitian Creole.

The dispute has been joined by lawyers for a National Right Wing Group funded by rich Conservatives that has long opposed the New Deal-era precedent.

Historically, when a Union and employer sign a contract, the NLRB has ruled that the contract bars attempts to decertify the Union until at least three years later, or after the contract expires.

Without this precedent, known as the Contract Bar Doctrine, deep-pocketed companies - or even third parties - could hammer a Union with one vote after another to decertify the Union as the Workers' representative.

Even if the decertification votes fail, the repeated do-overs could become a dire strain on Union resources.

As such, Unions nationwide are already bracing for impact.

The record of this NLRB - all appointed by Trump - has Unions expecting a setback.

As National AFL-CIO General Counsel Craig Becker told The Young Turks: “This (NLRB) is very aggressive in its attempt to displace Unions and so it’s highly likely that they’re going to cut back on the Contract Bar Rule in some way.”

Becker said: “One of the arguments in favor of these bars is it gives both sides an incentive to be reasonable - as opposed to feeling you’ve got to fight to the hilt about everything.”

To Continue Reading This Labor News Story, Go To: https://tyt.com/stories/4vZLCHuQrYE4uKagy0oyMA/dAkWUd1m1fkOUQywkERhU?fbclid=IwAR1yNbRmPpUVlkuMqypfW8eZkILeo_Q_dH7vr2rDjxBp-lp1F2R_cYiWK54