âIf Women âOnly Knew The Possibilities And The Money That Can Be Madeâ In Construction, âThey Would Take A Bigger Leapââ - Tools & Tiarasâ Judaline Cassidy On Working In Construction, Starting A Non-Profit & âBuilding Confidence In Girlsâ 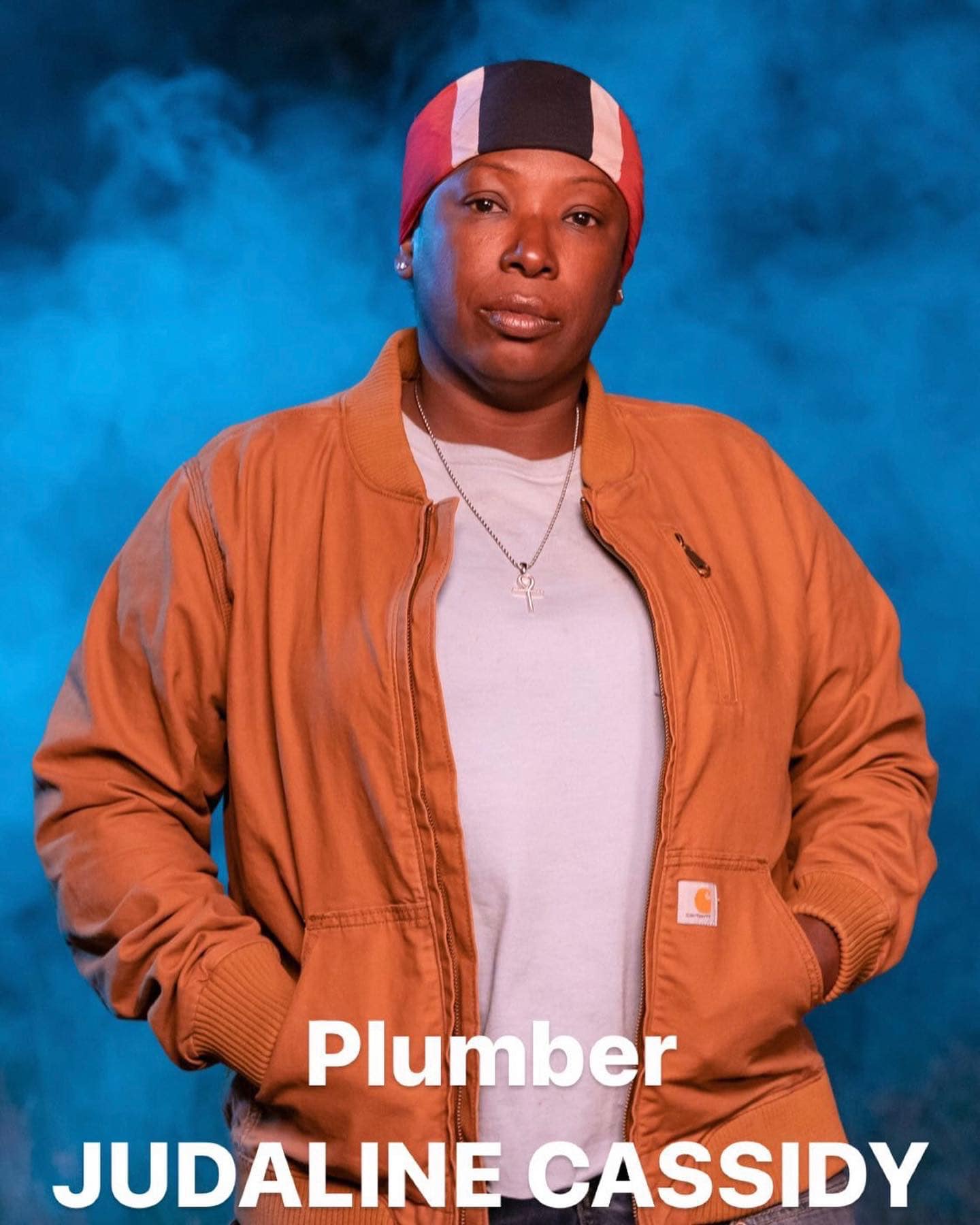 (STATEN ISLAND, NEW YORK) - Judaline Cassidy is a Feminist Plumber, Tradeswomen Activist and public speaker.  A native of the twin islands of Trinidad and Tobago, Judaline is one of the first women to be accepted into Plumbers Local 371 on Staten Island and the first woman elected to the Examining Board of Plumbers Local No. 1.

She founded Lean In Women In Trades to help Tradeswomen share information and learn from each other, and a non-profit organization, Tools & Tiaras, to expose, inspire and mentor young girls and women about the Trades that are “non-traditional” for women.

In her interview with Julia Gamolina (JG), Judaline (JC) talks about making her way through Apprenticeship and her mission to make young girls confident from the get go, advising those just starting their careers to have a sense of humor and develop grit.

JG: Let’s start at the very beginning - tell me about your background and how you grew up, and how that influences where you are today.

JC: I grew up in the beautiful islands of Trinidad and Tobago.  Growing up there influenced a lot for me, from the music that I like to the food, and more.  Ironically, the name of my organization, Tools & Tiaras, is T&T which is also Trinidad and Tobago.  Being from the island, and being an Immigrant, gave me incredible drive because I had an opportunity to achieve something that maybe I wouldn’t have been able to achieve back home.  Being an Immigrant had a big impact on me too.  I moved because I got married very young, and at the time, my then husband wanted to get away from our families - we eloped and didn’t tell our families because they didn’t get along, and when we got married, that made it even worse.  We decided, “Let’s just leave.” He had a friend in America, so we came to America and started over.

JG: How did you begin your career in the Trades?

JC: Before my career in the Trades, I was a Teacher for a little while.  I love kids.  Then, I went to Trade School, and I chose plumbing over electrical.  I wanted to be a lawyer, but my great-grandmother who took care of me passed away, and I could no longer afford to go to university.  I grew up really, really poor - so I said to myself, “What can I do where I can make money, and get myself out of my circumstances?”  The Trades were a great option.  A lot of women would be applying for secretarial courses, or to be a seamstress, or home economics and culinary arts, but I took a chance, and applied for what the boys were doing.  It resonated more with me, so I looked in that direction.  At first I figured that if I went into electrical, I would get shocked, whereas in plumbing you just get wet, so I decided to give plumbing a try.  Once I did it, I fell in love with it immediately.  It worked parts of my brain that I didn’t realize.  I was dyslexic for a long time and didn’t know, but I loved to solve puzzles, and plumbing worked the part of my brain.  Then, I focused on getting into the union.

JC: It’s very difficult, but if women only knew the possibilities and the money that can be made in construction, I think they would take a bigger leap.  It’s almost like a secret society, because a lot of women don’t know about it - construction is not at the forefront of any magazine, or at the front of any television show, so women don’t know that it’s an option for them!  When I tried to get in, I was first told, ‘no.’  I was told to go home and to do dishes.  But that was back then, that was twenty-seven years ago.

To Continue Reading This Apprenticeship and Training News Story, Go To: www.madamearchitect.org/interviews/2020/3/18/judaline-cassidy?rq=judaline%20cassidy