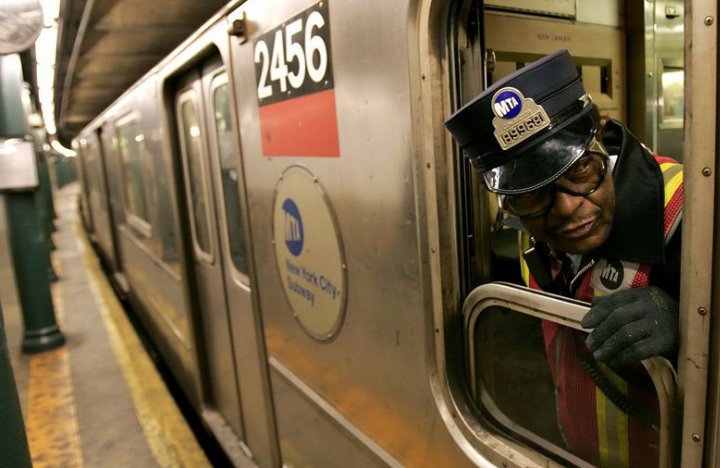 (NEW YORK CITY) - Vincent Clementoni, a Member of Transit Workers Union (TWU) Local 100, is approaching his seventh year on the job.  LaborPress spoke with him to learn about his daily working life and the challenges he faces in the era of Coronavirus.

Originally from Brooklyn, where he grew up in Park Slope, the 50-year-old Clementoni (pictured below) now lives in Linden, New Jersey.  He was a Post Office Letter Carrier before beginning his career as a Train Conductor, for which he took an exam and underwent two months of training.  Now a conductor on the #1 Line, Clementoni has a lot to say about COVID-19 and how it has affected working conditions. 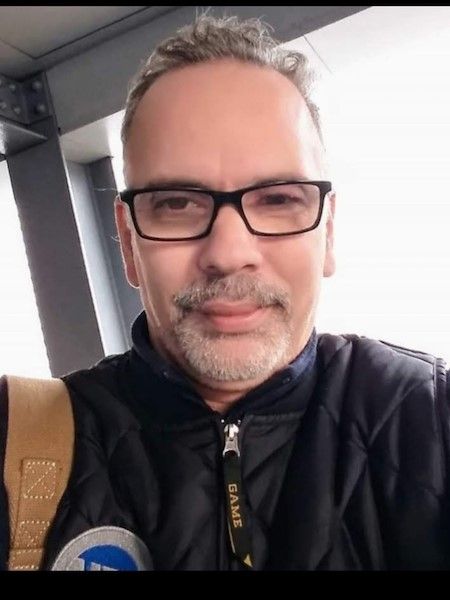 “Early on, in early March, ‘there was practically no’ ridership.  ‘Down to about (100,000) from one million per day.  And ‘no’ police presence ‘because they were getting sick themselves.’  ‘We were just moving around homeless people and the mentally disturbed for two to three weeks,’” Clementoni says.

The MTA ultimately moved to shut down the subway system from 1 a.m. to 5 a.m. for overnight cleaning as the COVID-19 crisis progressed.

“That ‘helped’ because (the homeless) had to leave,” Clementoni says. “I thought, ‘I’m not’ a Social Worker, ‘but lot of problems came to light.’  ‘It took a pandemic (for many) to realize we have a situation with the homeless.’”

At its worst, Clementoni says it was common to see two to three homeless people camped out in each subway car.

“We ‘remained open because we were supposed to move Essential Workers, but Firefighters and Police Officers were driving in.’  I did see some Doctors and Nurses,” he says.

Clementoni blames the MTA brass for badly bungling its initial COVID-19 response and failing to be “pro-active.”

“The MTA ‘should have shut the system down for two to four weeks for cleaning,’” he says. “By moving the system, ‘we were contributing to the (spread of the) virus’.”

According to Clementoni: “Something has to happen for (the MTA) to do something.”

“Now they’re working on partitions for Bus Drivers - the MTA ‘lost more Workers (to the virus) than any other agency.’  ‘They want people to feel safe, so they are shutting down and cleaning because they need the money,’” he says.

As far as PPE (Personal Protective Equipment), Clementoni says MTA Workers may have it now, but that “in the beginning, ‘the MTA was saying we didn’t need a face mask.’”

“In fact, they told us ‘not to wear a mask because they said that should go to Essential Workers - and we were not deemed Essential Workers,’” Clementoni says. “Then the Union ‘stepped in.’  ‘If not for the Union, we would not have gotten what we needed.’”

Clementoni mourns the more than 130 Transit Workers that have died during the on-going COVID-19 Pandemic.

He’s seen many of them get sick.

To Continue Reading This Labor News Story, Go To: http://laborpress.org/frontline-train-conductor-reactive-mta-should-have-shut-the-system-down-for-two-to-four-weeks/