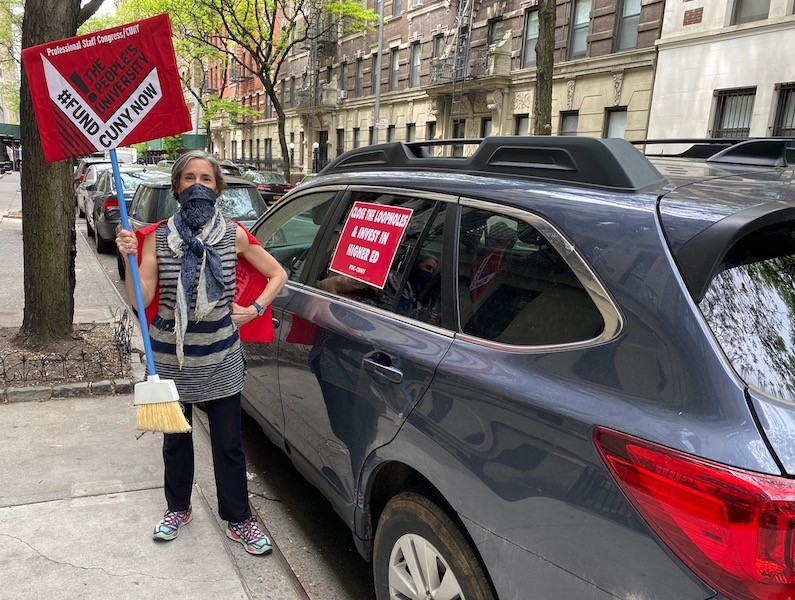 (NEW YORK CITY) - The Professional Staff Congress (PSC) has filed a lawsuit against the City University of New York (CUNY) seeking immediate injunctive relief against the firing of nearly 3,000 Adjunct Faculty and Staff.

The layoffs loom, even though the university received a total of $250 million in funding from the Coronavirus Aid, Relief and Economic Security (CARES) Act in March.

The lawsuit seeks to compel CUNY to comply with its obligations under the CARES Act to “honor its promise to, to the greatest extent practicable, continue to pay its Employees during the period of any disruptions or closures related to the Coronavirus Pandemic.”

The Union says that, on information and belief, CUNY entered into the contract as a condition of receiving CARES Act money.

The lawsuit goes on to say that CUNY cannot show that “to the greatest extent practicable” it is continuing to pay its Adjuncts, especially in light of its Fiscal Year 2020 Third Quarter Financial Report from June 4th.  The report’s Executive Summary states the overall financial outlook is stable for the current year.  In fact, according to the report, CUNY is projected to end the fiscal year with $52 million in reserves.

“The Third Quarter Report ‘says nothing about the necessity of laying off of any Employees, let alone thousands of Adjuncts,’” the lawsuit states.

That projected surplus, combined with some of the CARES Act funding, could help offset the Adjunct layoffs.

“At a minimum, CUNY has available the $132 awarded to CUNY Colleges in institutional CARES Act funding - the portion of the funding not restricted to direct student aid - and the $52 million in projected fiscal year-end surplus.  These monies can be used to pay the Adjuncts now being laid off,” says the lawsuit.

In addition to the layoffs, several hundred Adjuncts are at risk of losing their health care coverage.

Preceding the lawsuit, the Union and the university signed an agreement on May 29th - whereby the Chancellor will direct the colleges to make every effort to keep insured Adjuncts eligible for coverage - but the PSC says that roughly 20% of insured Adjuncts will lose coverage.

Also, part of the agreement, the University would provide detailed college budget information, including information about proposed cuts, state and city fiscal situations and enrollment projections.

But as described in the lawsuit, at a June 24th, 2020 bargaining session, PSC President Barbara Bowen noted that other than the Third Quarter Financial Report, CUNY had not provided the Union with any of the information it had agreed to provide in the May 29th agreement.

To Continue Reading This Labor News Report, Go To: http://laborpress.org/professional-staff-congress-sues-cuny-for-violating-federal-cares-act/