Meatpacking Production Is 'Nearly Normal,' But Workers Are Still Coping With COVID-19 - More Than 30,000 Meatpacking Workers Nationally Have Fallen Ill, At Least 100 Have Died, With The Lives Of Others Upended Or Permanently Altered 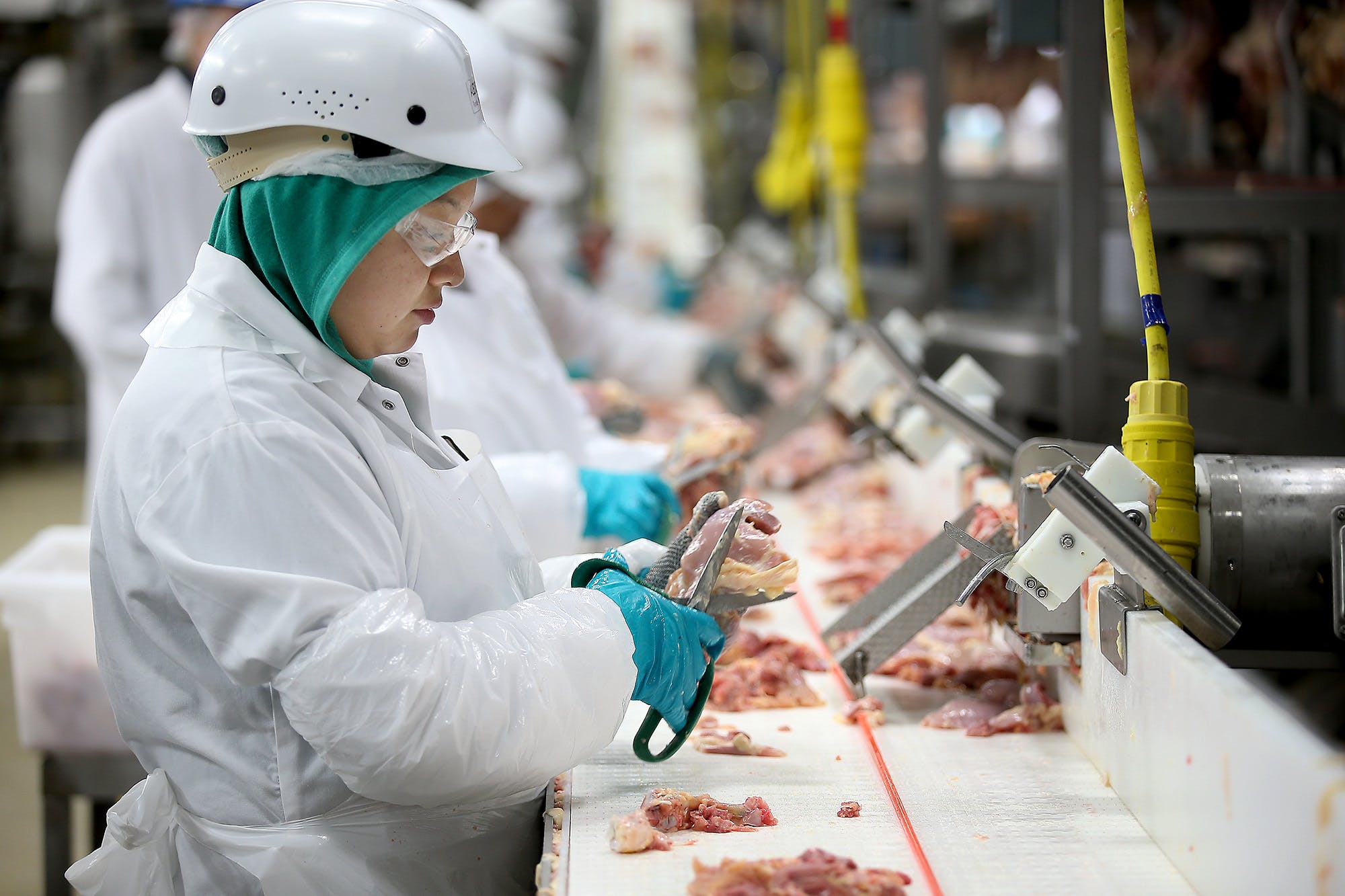 (WORTHINGTON, MINNESOTA) - Salvador Ramirez, a Meatpacking Worker at JBS in Worthington, died alone in a house not much bigger than a studio apartment a mile from the plant.  His state death certificate said he was 53, but he was 66, said his wife, Maria.  The two had been married for 25 years and raised two sons in Chicago.  They lived separately after he started working in Worthington.  Ramirez had diabetes. When his wife first saw reports of a COVID-19 outbreak at the plant, she called him.  “I was ‘pleading with him to be careful,’” she said. “He ‘told me they kept making him work.’  ‘He told me he felt sick, but he told me they were all working.’”

Less than three months after the Nation’s Meatpacking Plants became hotbeds for the corona­virus, meat production is nearly back to normal - but Workers and their families are still paying the price.

More than 30,000 Meatpacking Workers have fallen ill from COVID-19 nationally, according to data compiled by the Food and Environment Reporting Network, with outbreaks at every major plant in the States of Minnesota and Iowa.

At least 100 have died while others have seen their lives upended or permanently altered.

Their power steadily eroded for decades, Workers had little recourse when Republican President Donald Trump, during the brunt of the pandemic in late April, ordered meatpacking plants to stay open so consumers could be fed and farmers wouldn’t have to euthanize animals they couldn’t get to market.

Line Workers at slaughterhouses are predominantly People of Color, Immigrants or Refugees for whom English is a second language.

For some, other job opportunities are limited.

Where Unions are active, which is only in scattered pork plants and very few chicken slaughterhouses, they are relatively weak.

“The ‘basic issues’ in the industry ‘are going to be the same’” in a pandemic as always, said Don Stull, an Anthropologist at the University of Kansas who has studied meatpacking plants for decades. “The industry ‘is built on high productivity, getting it out the door, hitting the numbers.’”

Hitting the numbers meant keeping Workers on production lines or pushing them back as quickly as possible at plants that temporarily shut down.

Millions of dollars have been spent on COVID-19 safety measures at the plants, but testing has been uneven and data remains scarce.

In South Dakota, Smithfield Foods is trying to prevent a Federal Agency from accessing data about its Workers that was collected by that State’s Health Department.

The Centers for Disease Control (CDC) and Prevention, which published an inaccurate tally of cases in early May, has released nothing on the subject since.

JBS USA, the company that employed Ramirez, said in a statement that it mourns his death.

The firm said it has conducted mass COVID-19 testing at the Worthington plant and participated in contact tracing with local health authorities.

To Continue Reading This Labor News Story, Go To: www.startribune.com/meatpacking-production-is-nearly-normal-but-workers-are-still-coping-with-covid-19/571630672/?refresh=true