In An âOverall Effort To Enhance Training To Create A Safer Workplace,â ALLU Group Incorporated Announces Pipeline Training Partnership With The International Union Of Operating Engineers 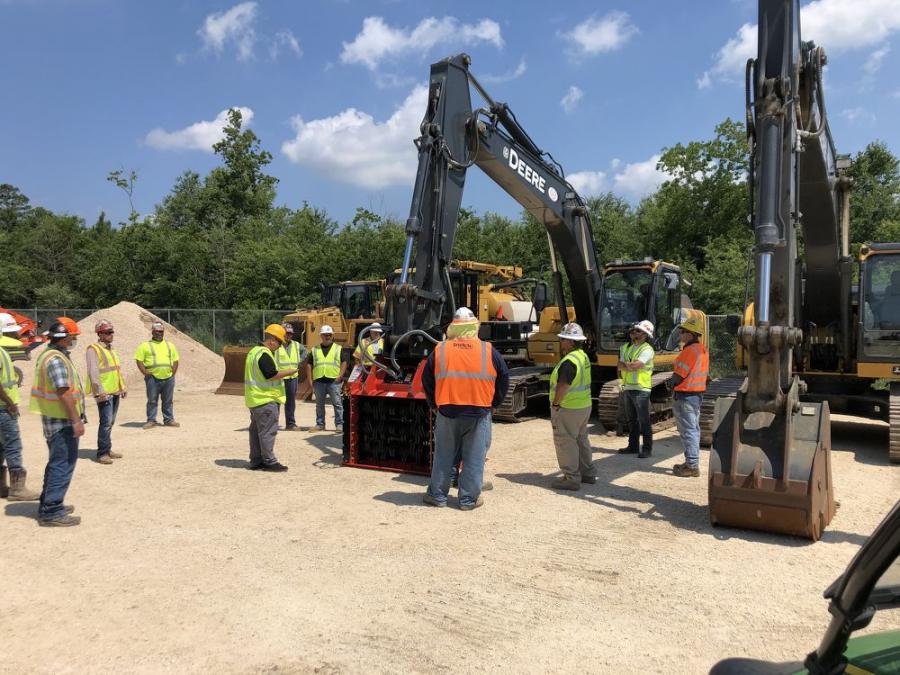 (HOUSTON, TEXAS) - ALLU Group Incorporated and the International Union of Operating Engineers (IUOE) - a Trade Union that represents Heavy Equipment Operators, Mechanics, Surveyors and Stationary Engineers in the United States and Canada - have announced a new cooperation and partnership in pipeline training.

Through this partnership, the IUOE has begun using an ALLU Transformer screening bucket for its Pipeline Application Training Program.

The IUOE will be using the ALLU Transformer unit, donated by the ALLU Group, for all future pipeline training sessions.

The IUOE and the Pipe Line Contractors Association (PLCA), in joint cooperation, hold more than 170 training classes, working with more than 700 students each year, in programs that train Operators from beginner through advanced levels.

Sessions range from one to three weeks, and traditionally incorporate six days of 10 hours daily with classroom and field training in pipeline construction.

Because the ALLU Transformer is recognized as an effective tool for pipeline padding and backfilling applications, IUOE/PLCA National Pipeline Training Director Bryan Abel and ALLU Group President Edgar Chavez began discussing its potential as a tool for the IUOE Pipeline Training Program.

The ALLU Transformer allows material to be screened onsite and then backfilled directly into a trench, thus eliminating the need for dedicated stationary screening or the purchase of fine soil.

"We had spoken previously, but we developed the partnership more fully during ConExpo-Con/AGG 2020 in Las Vegas," Abel said. "We sat down at the show, and Edgar told us, ‘We want to help.'  We have IUOE Pperators who use the ALLU buckets and ‘we agreed this would enhance our training.’  ‘So, we ironed out the details.’"

The ALLU Transformer was delivered to IUOE's Texas Training Facility just prior to the June 17th session.

Moving forward, the ALLU Transformer will be used with IUOE's intermediate pipeline training classes, in field training sessions where students will operate the unit in three- to four-hour rotations.

According to Chavez: "Safety is one of ALLU's ‘core’ values.  The partnership with ALLU, IUOE and PLCA ‘solidifies this value’ in the pipeline industry, ‘as better training means safer overall operation.’"

The pipeline training at the IUOE facility near Houston, Texas, covers all pipeline techniques from digging trenches, to laying pipeline, to padding/backfilling, to removing old pipeline.

With the ALLU Unit, training will include padding and backfilling, as well as maintenance of the unit.

"Our Texas Training Facility is ‘first-class,’" Abel said. "We fly our Members in and pick them up at the airport.  We have a (225-room) dormitory onsite, with a fully-staffed kitchen and amenities.  We serve three meals a day, we have a swimming pool and a recreation area - and our training ‘is at no cost’ to IUOE Members."

To Continue Reading This Apprenticeship and Training News Story, Go To: www.constructionequipmentguide.com/allu-announces-training-partnership-with-iuoe/48913