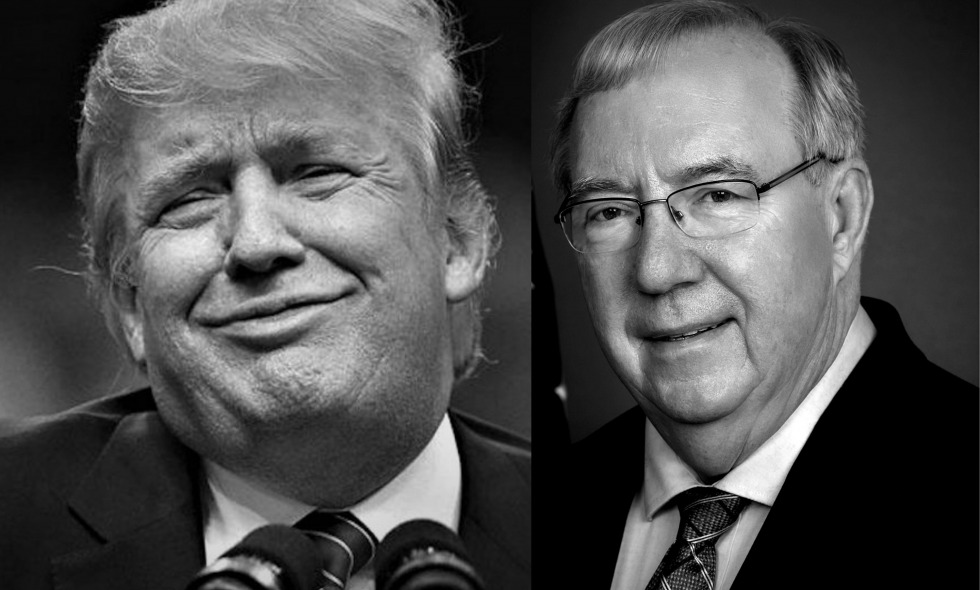 (WASHINGTON, D.C.) - Following the Janus v. AFSCME decision, UCOMM reported about Anti-Union Groups' next attack on Labor Unions, which is to work to defund them.

Throughout the country, these Anti-Union Groups are pushing lawsuits that attempt to collect Fair Share Dues that were paid in the years before the Janus decision.

With the cases failing to win in the lower courts, Republican President Donald Trump has come up with a new plan to defund Unions.

According to Westlaw, National Labor Relations Board (NLRB) General Counsel Peter Robb (Pictured above next to Trump/UCOMM Blog Photo) has instructed NLRB lawyers to begin pursuing back pay for people who the NLRB decides have not been fairly represented by their union.

In a memo sent out to NLRB Regional Directors, Robb says they should pursue money damages for Workers whose underlying grievances had “arguable merit” rather than only those who “would have prevailed” had their grievances been processed, which was the standard adopted by the NLRB in the 1998 case Alamillo Steel.

By changing the long-standing standard, Robb is opening up significantly more opportunities for aggrieved Union Members to go after their Union.

While Unions have a duty to fairly represent their Members, this new standard would allow a Member who loses their case to seek damages in all but the most egregious cases.

In the past, monetary damages could only be collected if the Union did something like fail to file paperwork on a slam dunk case, a case where it was clear that the Member would have won.

However, by making it a merit-based case - Robb and other Trump-appointed directors will have more discretion for pursuing cases that will lock Unions in litigation and could bankrupt them.

The simple fact is that this decision by Robb is not about getting better representation for Union Members - it is meant to lock Unions in costly litigation forcing them to spend their Members' money fighting allegations that they failed to do their job every time they lose a grievance.

Imagine if a criminal defense attorney could be sued every time they lost a case, no one would want to be a lawyer.

This is the same standard Robb is setting.

It is clearly just another tactic by Trump to further weaken Unions and turn the NLRB against the people that they are tasked with protecting.

To Directly Access This Labor News Report, Go To: https://ucommblog.com/section/union/trumps-plan-defund-unions?fbclid=IwAR0M0LY6nuzPWc4VWfBOfocNIfPfqhLqTaZbXcd9geRHTc84ycyYm7ERazU