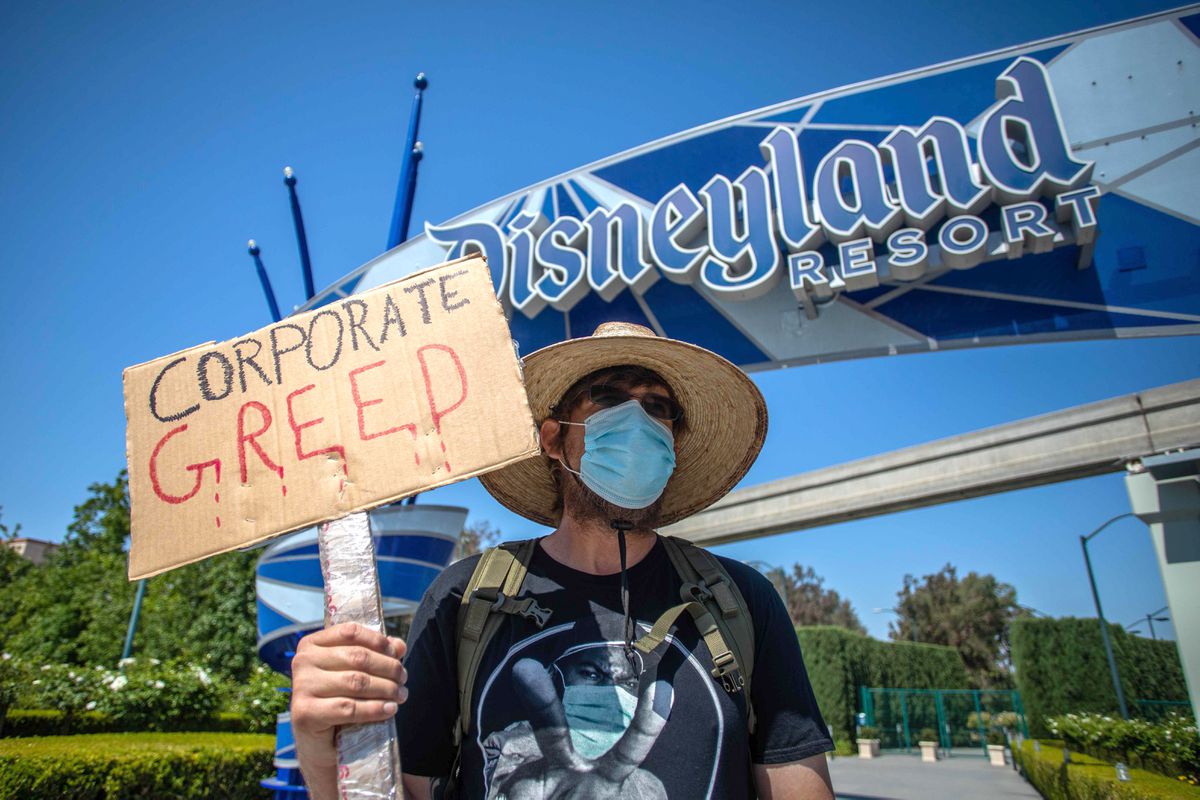 (ANAHEIM, CALIFORNIA) – Union-represented Disneyland Workers took to the streets over the weekend (Saturday, June 27th) to call for changes to plans for the resort’s reopening, which was delayed indefinitely last week.

The morning car caravan protest was organized by a coalition of Resort Labor Unions representing around 17,000 workers at Disneyland, which has remained shuttered for three months due to the COVID-19 Pandemic.

CBS Los Angeles Reporter Joy Benedict reports about 100 cars caravanned around the empty Disneyland complex, honking for safety as the park continues to bargain with its various unions.

“We’re ‘known for our safety efforts anyway, but I want the procedures to be strong because Corona is serious,’” said protesting Disney Employee Glynndana Shevlin.

In the park there will be reduced capacity, face covering requirements for all Cast Members and guests and temperature checks - but those who work the hotels feel forgotten where similar rules aren’t yet in place.

“We ‘are most likely the first people that will see guests as they come in,’” said one Disney Cast Member. “It ‘will make more sense to do temperature testing at the hotel first’.”

Although negotiations between the Unions and Disneyland are ongoing, the resort has not yet agreed to the reopening conditions asked for by the Unions.

Disneyland was scheduled to reopen on July 17th for its 65th year anniversary, but announced it was postponing it because the State of California has not yet released its requirements for opening theme parks.

The state says it will not release those guidelines until after the July 4th weekend.

The Unions say now is the time to return to the bargaining table to find a way to reopen that’s safest for Disneyland Employees.

Disneyland’s closure is proving to be a tough situation not just for Disney, but the area’s tourist industry in general.

“The Employees, ‘many of their unemployment benefits will run out in July,’” says Disneyland “Super Fan” Dusty Sage, “All those hotels in Anaheim ‘can’t reopen without Disney being in operation and sadly they’re the city with the largest number of COVID cases in Orange County so it really puts them in a difficult position.’”

To Read This Labor News Story In Its Entirety, Go To: https://losangeles.cbslocal.com/2020/06/27/disneyland-workers-protest-demand-changes-for-reopening-plan/