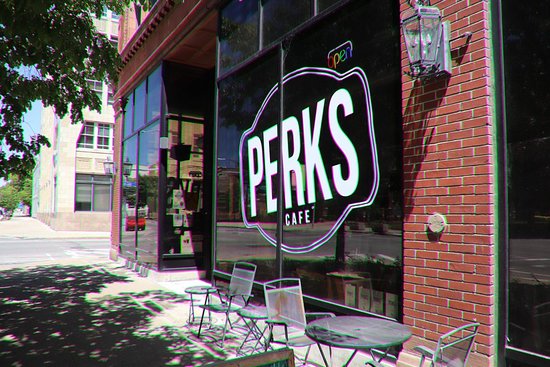 After April 14th, when the Union filed its charges, the NLRB’s Buffalo Office investigated the charges and found enough evidence to prosecute Perks.  A news conference was scheduled to be held outside the company’s Elmwood Avenue shop today (Monday, June 29th) by Workers, Workers United and the Western New York AFL-CIO Area Labor Federation (WNYALF) to discuss why the charges were filed and what happens now.

“Perks ‘used’ Trans Workers ‘to enhance its own image’ as its owner ‘refused to recognize the intersectionality of Trans and Labor Rights and fought against Workers organizing for justice and respect on the job,’” said Gary Bonadonna, Jr. - the head of Workers United Upstate New York.  “We are ‘proud to stand’ with these Workers ‘and are determined to ensure that the only way Bob Newman can operate in this city is by respecting the democratic vote of Perks’ Workers to Unionize.’”

WNYALF President Richard Lipsitz said: “It is ‘repugnant that in this day we still have companies that engage in’ Union-Busting when Workers organize.  Perks ‘should practice the values held by this community.’  We will ‘stand with’ Perks Workers ‘as long as it takes to win justice.’  ‘I suggest everyone go to’ Spot Coffee, ‘which signed its first ever Union Contract, just before the (Coronavirus) Pandemic, with strong wage increases and an agreement to respect the right of all its Workers to organize a Union.’”

To settle the charges, Perks agreed: That it will not threaten its Employees that bargaining over wages would start from the Minimum Wage if they vote for a Union; To pay Employees affected by its refusal to bargain with Workers United over its decision to layoff or replace Employees; To bargain over a contract with the Union, at the Union’s request; To rescind changes in its Tip Policy; To bargain over effects of its decisions to lay off Employees; and that it will not threaten Employees with loss of benefits if they support the Union.

Perks Workers began organizing a Union at the company’s three Buffalo cafes in January of this year and won an NLRB election on March 12th.

Perks shut down two of their Buffalo locations in April due to the COVID-19 Pandemic, but continued to operate their third location on Elmwood Avenue.

Two weeks ago, Perks Management told their Workers they were closing, but then posted on Instagram they were only pausing business.

It is uncertain what the owner’s intentions are, Union Officials said.

Sid Roberts, a Kitchen Manager at Perks and Member of the Union’s Organizing and Negotiating Committee, said:  “Perks ‘hired and served a large number’ of LGBTQ+ individuals, ‘but instead of providing a safe space for’ LGBTQ+ patrons and Staff, Perks ‘instead used the community to its advantage for profit.’”

Ace Doldan, a former Perks Union Committee Member and former Perks Employee, said: “Bob Newman ‘does not adhere to the principles’ Perks ‘appears to stand for.’  ‘I strongly believe’ Perks ‘used’ Trans Employees ‘for their image - discarding and targeting us when we stood up against their unacceptable working conditions.’”