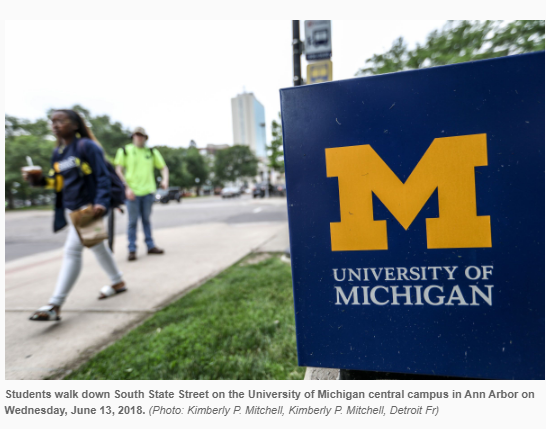 (ANN ARBOR, MICHIGAN) - University of Michigan (UM) Employees no longer need formal elections to form recognized Bargaining Units, according to a just-passed Board of Regents resolution.  The decision - which passed by a 6-to-1 vote - comes after several months of deliberation on Labor issues at the highest levels of UM Administration.

The proposal was first presented to the Board back on February 5th.  A key provision commits the university to recognizing unions formed by a “Card Check” process in which a majority of Workers provide written confirmation of their intent to collectively bargain.

Such a method has been are not bound to accept the outcome legal since the inception of the National Labor Relations Act (NLRA) in 1935, though employers.

Advocates say this method significantly expedites the process of forming Unions and transfers power into the hands of Workers.

UM will accept such arrangements provided that it deems a given bargaining unit to be “reasonable,” according to the agreement.

Should the reasonability be disputed, an outside arbitrator will make a binding decision based on the Public Employment Relations Act.

The resolution also requires university officials to take a neutral stance on Unionization, refrain from “adverse action” against Employees based on support or opposition toward organizing efforts, and jointly communicate with Union Leaders to potential Members regarding bargaining agreements.

To Read This Labor News Story In Its Entirety, Go To: www.freep.com/story/news/education/2020/06/25/michigan-board-regents-employee-union-recognition/3258899001/