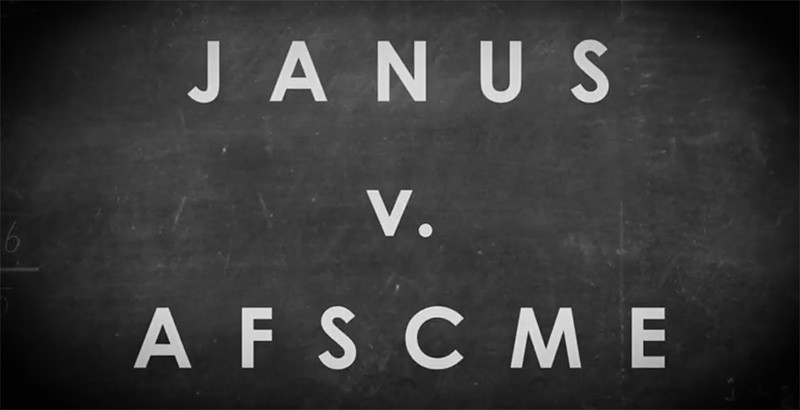 (WASHINGTON, D.C.) -The U.S. Supreme Court won’t decide whether to take the case dubbed “Janus II” until at least this Fall.

Mark Janus, plaintiff in the Court’s 2018 Janus v. AFSCME Council 31 decision that ruled Public Sector Workers could not be required to pay “Fair Share Fees” to the Union representing them, filed a follow-up suit demanding American Federation of State, County & Municipal Workers (AFSCME) Council 31 refund him the $2,800 he’d paid in the five years before the decision.

The U.S. Court of Appeals for the 7th Circuit upheld a lower court’s dismissal of his claim last November.

The Supreme Court had scheduled discussions on whether to hear Janus’s appeal for June 25th, but postponed them.

Four Justices would have to agree that the Court should take the case, one of more than 50 in which Public Sector Employees backed by Anti-Union Litigators have sought to force Unions to refund fees.

“Federal Courts across the country continue to reject these attempts by corporate interests to manipulate the judiciary against Working People and trample on their rights and freedom to join together in a Union,” AFSCME General Council Judith Rivlin said in a statement. “Working People have won every single case thrown at them by these special interest groups and if judges continue to weigh these cases on the facts and merits, the corporate interests behind them will continue to fail in their efforts to further rig the system in their favor.”

The 2018 Janus decision reversed the court’s 1977 Abood ruling that Workers could be required to pay fees to cover the costs of Union Representation, but not to contribute to Union political activity.

It upheld Janus’s claim that having to pay AFSCME for representing him as an Illinois State Employee violated his Free Speech Rights, on the grounds that all Public Sector Union activity is inherently political.

Janus’s follow-up suit, backed by the National Right to Work Legal Defense Foundation and the Chicago-based Liberty Justice Center, argues that because the Court held that he could not be compelled to subsidize the Union’s speech, AFSCME violated his Civil Rights under color of law by collecting fees while they were considered legal.

“The Supreme Court agreed that the Union taking money from non-members was wrong, but the Union still has the money it illegally garnished from my paycheck,” Janus said in a statement in March.

He is also arguing AFSCME should have known the fees might be held unconstitutional.

The two lower courts rejected that argument, holding AFSCME had followed the law and collected the fees in good faith.

To Continue Reading This Labor News Report, Go To: http://laborpress.org/supreme-court-delays-decision-on-taking-janus-ii-case/