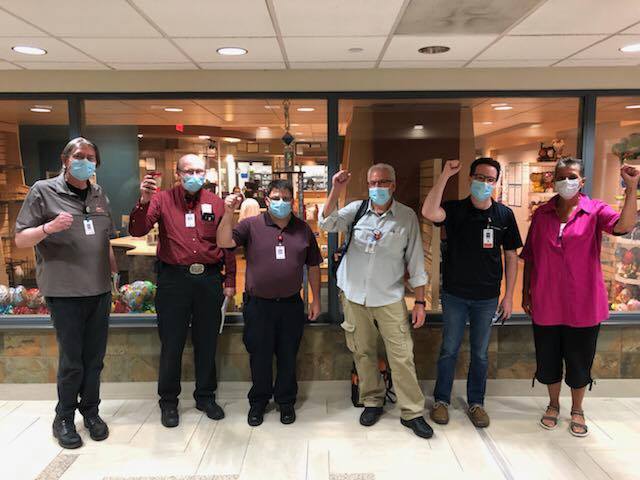 (BUFFALO, NEW YORK) – Forty-one Clinical Engineering Workers employed at Kaleida Health in Buffalo have Gone Union, voting to be represented by Communication Workers Of America (CWA) Local 1168, it was announced.

It took the Clinical Engineers several months to join Local 1168 and the newest Members of the CWA stayed strong throughout the effort - even through delays in the election that were caused by the COVID-19 Pandemic, and what was described as an Anti-Union Campaign, which included the unjust termination of an Organizing Committee Member just days before the election, CWA Local 1168 Officials said.

By a final tally of 23-to-15, Local 1168 won an National Labor Relations Board (NLRB)-supervised election to represent the Kaleida Clinical Engineering Workers, who are employed at a number of Buffalo area locations, said Patrick Weisansal II, CWA Local 1168’s Director of Organizing and Mobilizing,

A representation petition by the Workers was originally filed with the NLRB in early March.

In addition, Mary Nowocien assisted the Local’s Organizing Team during the last few weeks of the effect which led to the election.

The CWA also signed out District One Legal Counsel, Amy Young, who they said also played a vital role.