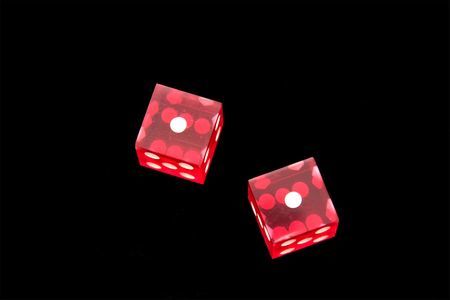 (LAS VEGAS, NEVADA) - Nevada’s casinos began reopening early this month, with the State Gaming Control Board requiring customers wear masks during card and table games where they’re sitting with a Dealer - but that’s not anywhere near enough, say the Unions representing Casino Workers.

“That’s ‘great for the dealer, but what about the Bartender or the Cocktail Waitress?,’” UNITE HERE Local 226 Secretary-Treasurer Geoconda Argüello-Kline asked during an on-line press conference held on Monday (June 22nd). “We ‘need everybody wearing masks.’”

Local 226 - known as the Culinary Union, and the Bartenders Union, UNITE HERE Local 165, represent about 60,000 Casino Workers in the Las Vegas and Reno areas.

Members said only a small minority of customers are wearing masks in areas where they’re not explicitly required.

“I’ve observed guests ‘are not wearing masks in public spaces,’” said Yolanda Scott, a Coffee Shop Food Server at the Treasure Island Hotel and Casino on the Las Vegas Strip.

She estimated only 10% of customers wore masks.

“When they come up to my cart and ask for towels, ‘I’m kind of leery’ of giving them towels, ‘because they’re not wearing masks,’” said Diana Thomas, a Guest-Room Attendant at the Flamingo two blocks south. “I ‘want everybody to wear their masks.’  I have an asthmatic son.  ‘I do not want to bring anything back to him.’”

Her 21-year-old son, who had to come home from college because of the epidemic, has almost died from asthma complications three times, she added.

COVID-19 cases in Nevada have increased dramatically since the casinos began reopening June 4th.  The 1,877 new cases reported by the state Department of Health in the week ending June 22nd represented a 16% increase in just seven days, to 13,535 total cases, with 489 deaths.  More than three-fourths of the cases were in Clark County - the Las Vegas area - and all but a few hundred of the rest were in the Reno area.

Argüello-Kline said the Culinary Union did not know how many Members had been infected since the casinos reopened, but since the epidemic began, 17 Members of the union or their families have died from the virus.

Las Vegas Mayor Carolyn Goodman began advocating in April that hotels and casinos, which employ more than 160,000 people in the metropolitan area of 2.2 million, should reopen.

She told CNN that people who believed that would spread the Coronavirus were “alarmist.”

To Continue Reading This Labor News Report, Go To: http://laborpress.org/no-dice-union-representing-casino-workers-says-masks-must-be-mandatory-as-covid-19-cases-soar-out-west/