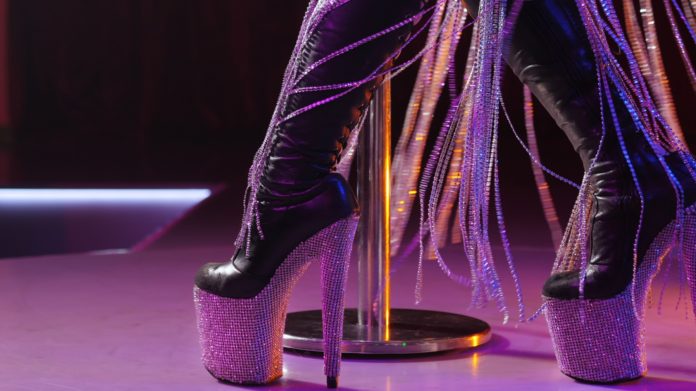 (PORTLAND, OREGON) - On Friday (June 19th), a group of Workers picketed outside an unlikely location: Union Jacks Strip Club.  It's the only club out of nearly 30 Portland establishments that won't agree to demands to ensure fair treatment of African American Dancers.

"Who's ‘gonna cross a Strike Line of angry-ass’ Strippers?" says Cat Hollis, a Dancer who organized the Portland Stripper Strike.

The picket line is a signal that the national movement for racial justice has extended to the quintessentially Portland institution of strip clubs.

More than 100 Dancers have issued the following demands to club owners: Require cultural sensitivity training on a regular basis for all club staff, owners and management; Ensure Black Dancers get fair hiring opportunities and desirable shifts; and Require owners and managers to participate in listening sessions with Black Dancers to learn about their experiences working at Portland clubs.

Hollis says the number of Dancers with black or brown skin rarely match the demographics in Portland - where People of Color make up 23% of the population.

"I don't know that I've ever really seen a club with those (demographic) statistics and this is key, on a Friday night or Saturday night," Hollis says.

Hollis, who is Black, says managers at some clubs simply refuse to hire dancers of color.

Black Dancers - if they're lucky enough to be hired at all - are often given shifts in the middle of a weekday during clubs' slowest hours, she says.

"Even before auditioning, ‘you need to ask around if that's a place that hires Black People,’" says Brianna Cistrunk, who is Black and has worked as a dancer in Portland since 2015. "Almost every single one of the clubs in Portland ‘does not audition’ Black Dancers.  ‘And even if we do get an audition, we're given the runaround.’"

Cistrunk says that while most clubs allow all dancers to audition, many in Portland - especially high end clubs - hire mostly white or light-skinned Dancers with a "Barbie aesthetic."

One of the few Portland strip clubs that catered to a Black clientele, Exotica International Club for Men in Northeast Portland, shut its doors in 2015.

Its owner, Donna Thames, alleged in a Multnomah County lawsuit in 2016 that the closure resulted from racist enforcement of liquor laws.

City officials required the club to close at midnight for three months after a shooting in the parking lot.

The idea of a Portland Stripper Strike started in February, Hollis says, after a male Black Dancer in Portland died by suicide.

But the movement gained new momentum in the weeks following the killing of George Floyd in May, which set off nationwide protests against police brutality and shined a renewed spotlight on racism both across the country and in Portland.

It is perhaps a sign of the political moment that nearly 30 strip clubs in Portland have agreed to the Strike's terms in the past couple of weeks.

The Dancers had set a deadline of Friday, June 19th - the day most clubs had hoped to reopen from COVID-19 shutdowns.

To Continue Reading This Labor News Story, Go To: www.wweek.com/news/2020/06/16/a-labor-movement-demands-better-treatment-for-portlands-black-strippers/?fbclid=IwAR0d66gLiwoPVpDkEzv47koYzA4n4l1GbcC7sGB2zLvfeYBPa20nCKkS6RQ