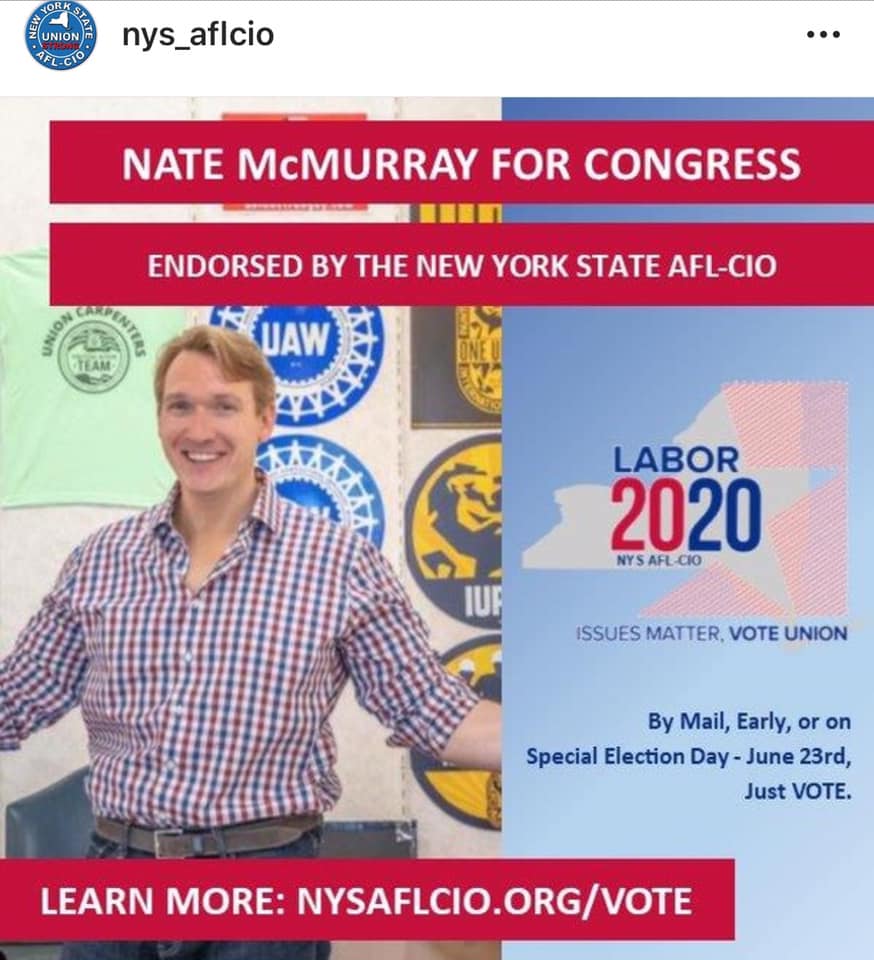 (ACROSS NEW YORK STATE) - The 2.5 million-Member New York State AFL‐CIO has announced its endorsements in Primary Races for Congress, the New York State Senate and Assembly - and for the Congressional Special Election in Western New York in Tuesday’s (June 23rd) Statewide Elections.

The endorsements are the result of careful consideration and in coordination with Union Members living in the districts where the races are taking place, the New York State AFL-CIO said.

“We will coordinate and activate a powerful grassroots campaign to educate our Members on Labor’s supported candidates in these races and ensure our Members know all of their options on how to safely exercise their right to vote,” New York State AFL-CIO President Mario Cilento said in making the Statewide Labor Federation’s endorsements public.

In the Special Election in the 27th Congressional District in Western New York, the New York State AFL-CIO has endorsed Democrat Nate McMurray.

The WNYALF is encouraging everyone who lives in those districts to vote for these Labor-endorsed candidates in Tuesday’s Elections.

For A Full Listing Of Endorsements Issued By The New York State AFL-CIO, Go To: https://nysaflcio.org/news/new-york-state-afl-cio-announces-endorsements-state-legislative-and 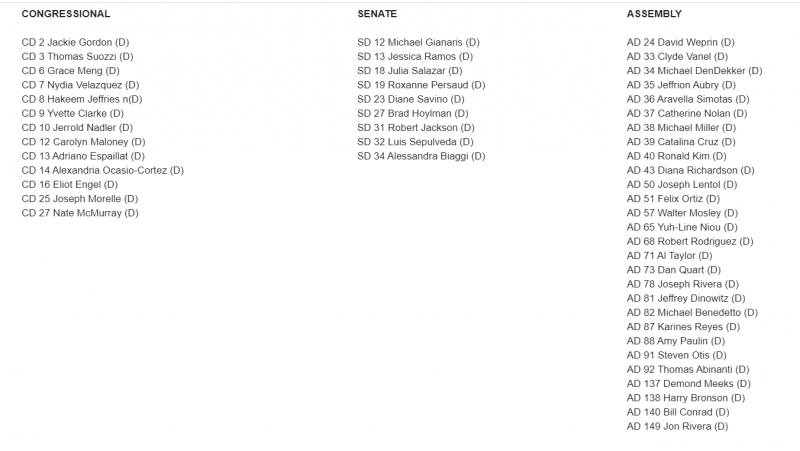