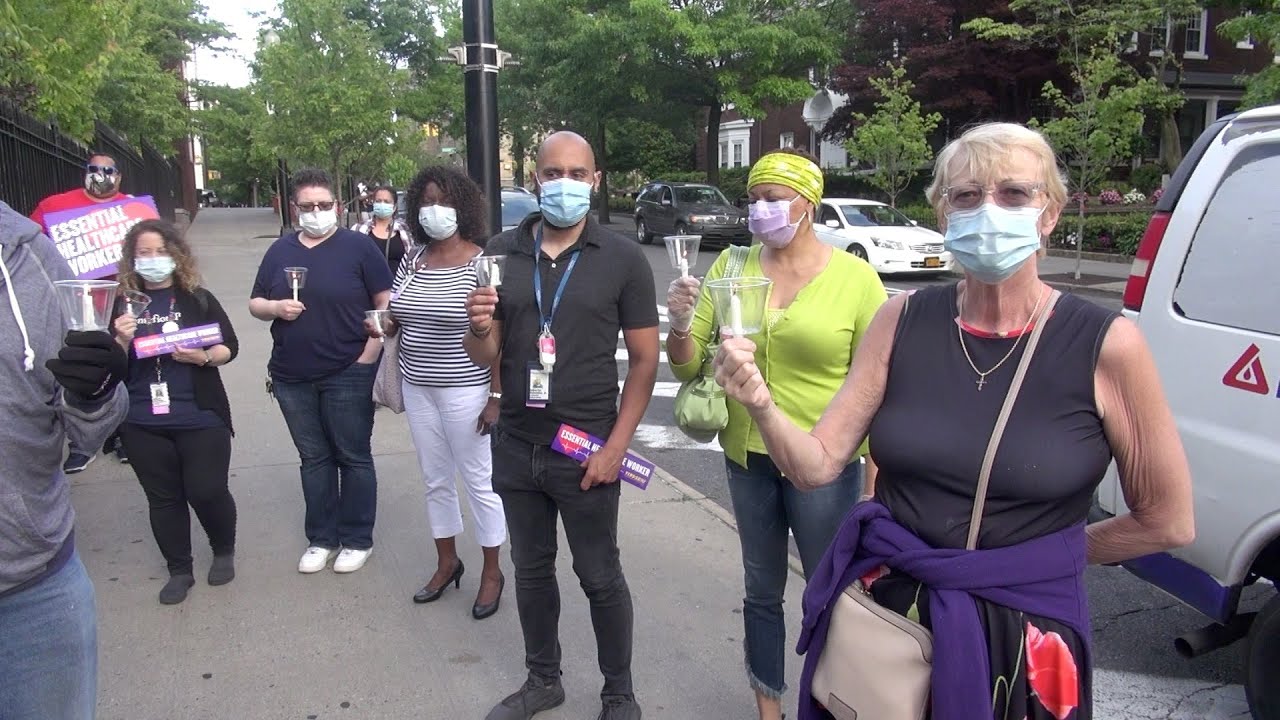 (NEW YORK CITY) – While some 1199 Service Employees International Union (SEIU) Members who work at Montefiore Hospital in the Bronx and at its satellite facilities have received Crisis Pay during the on-going Coronavirus Pandemic, others who work in non-clinical departments in three offsite locations have not.  As such, the Union believes all Members who work during the pandemic are entitled to Crisis Pay.

The U.S. Department of Health and Human Services distributed $12 billion to 395 hospitals that provide inpatient care for 100 or more COVID-19 patients, and Montefiore Hospital-Moses Campus was the fourth hospital to receive the most funding - a total of $156.7 million.

Montefiore has paid $2,500 to its Staff in clinical settings, but according to the Union, it refuses to pay Staff who work in Billing, Processing and Communications in three offsite locations: The Family Health Center at 1 Fordham Plaza; Montefiore Health System at 555 South Broadway in Tarrytown; and the Montefiore Hudson Valley Collaborative at 3 Executive Boulevard in Yonkers.

The hospital claims that the Workers in the three offsite locations aren’t entitled to Hazard Pay because they didn’t have to treat or face patients directly, even though they worked during the pandemic, as did Clinical Staff.

1199 SEIU’s Vice President Patrick Forde told the 50 members attending last week’s vigil that Montefiore isn’t treating its Workers equally: “The reason we’re here is because there’s over (1,000) Workers who work in the offsite locations (who) ‘were promised’ the ($2,500) bonus, ‘but did not receive it.’  We’re saying to this employer, ‘who said that it couldn’t afford the bonus even after receiving the stimulus money, it should have been easy to pay the off-site Workers, but that didn’t happen.’”

The Workers received support from elected officials who attended the vigil, including Councilman Andy King and New York State Assemblywoman Nathalia Fernandez: “I ‘stand with you because with you there is no’ hospital, there is ‘no’ Montefiore. ‘You deserve your Hazard Pay and it is a shame - how dare they try to differentiate from what is essential to maybe not so essential.’”

Additionally, King said that he would work with his council colleagues to ensure Montefiore offers Crisis Pay to the Off-Site Staff:  “I will talk to other colleagues, ‘we’ll pull levers together and we’ll reach out to urge Montefiore to do the right thing by its Staff, because without its Staff there is no Montefiore.’”

Almitra Yancey works at the Tarrytown offsite location as a Customer Service Liaison.  As a representative, she’s responsible for answering inbound phone calls for Montefiore’s 22 clinics, as well as scheduling and billing.

Since the onset of the Coronavirus Pandemic, her site has become the COVID-19 hotline for testing all of Montefiore’s Employees.

She wasn’t initially upset when she was told by Montefiore that she wasn’t receiving Hazard Pay because she’s wasn’t working in the hospital, but nonetheless, feels that her job is essential.

“I ‘do feel as though our jobs are still essential,’” she said. “We ‘had to work through so many phone calls, we became counselors overnight.’  ‘In addition to having that fear of getting the virus, I felt that any Member working in health care should have gotten that pay, no one should have been left out.’”

To Read This Labor News Story In Its Entirety, Go To: http://laborpress.org/offsite-montefiore-workers-got-sick-from-covid-19-but-they-arent-getting-hazard-pay/