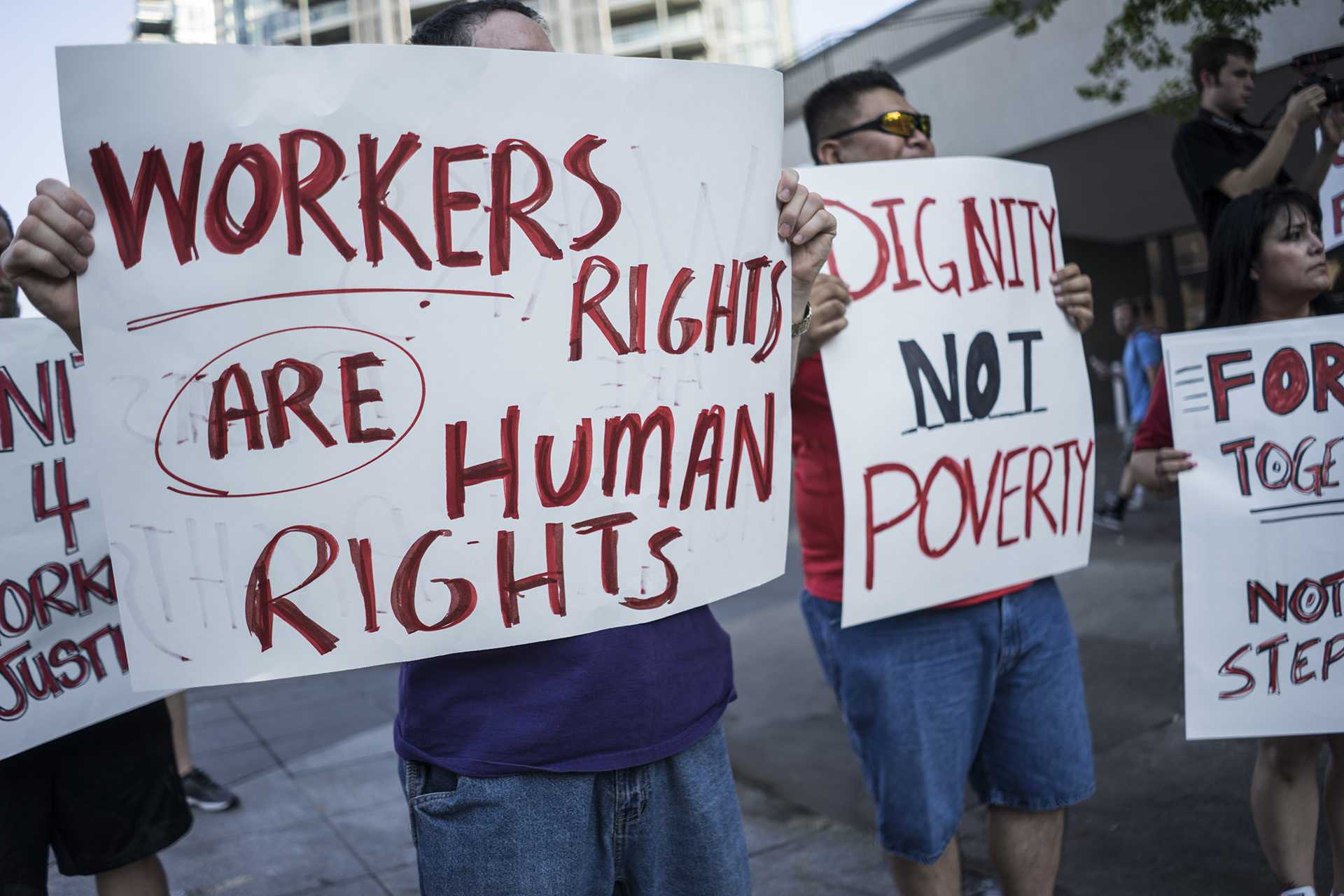 The U.S. has the worst record among major developed countries when it comes to Workers’ Rights, according to a survey of Labor Unions.

The world’s largest economy is ranked a 4 in a scale by the International Trade Union Congress, meaning there are “systematic violations of rights.”

Every other Group of Seven country ranks 3 or better.

Globally, the ITUC said the situation has worsened for Workers, with violations of rights at a seven-year high.

The worst region is the Middle East and North Africa, and the organization noted a number of countries have impeded the registration of Unions, as well as banned strikes and collective bargaining.

Excluding countries where there are no rights due to a breakdown of the rule of law, the 10 worst in the survey are Bangladesh, Brazil, Colombia, Egypt, Honduras, India, Kazakhstan, Philippines, Turkey, and Zimbabwe.

All are rated 5, for “no guarantee of rights.”

Europe dominates the top-ranked countries for Workers, with the list including Sweden, Italy, Netherlands, Ireland and Germany.

Uruguay is the only non-European nation in the group.

To Directly Access This Labor News Story, Go To: www.bloomberg.com/news/articles/2020-06-18/u-s-ranked-worst-for-workers-rights-among-major-economies?fbclid=IwAR2GHfSv71b4Xm6UQb_JD3FloNOmngmI1FQ_eWLrsd-OUr3WmIoRSQd5owI