Amid Calls For A General Strike, Unions Will Shut Down 29 Ports On Juneteenth 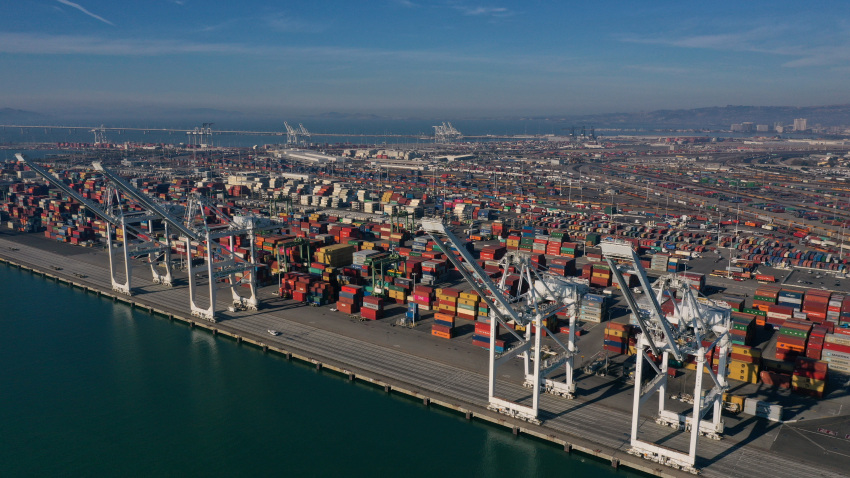 It was Tuesday, May 26th, the same day the video of George Floyd’s murder by four Minneapolis policemen surfaced.  James Curbeam was walking to his car outside a Lowe’s store not far from where he lives in Nashville, Tennessee, when a white woman approached him demanding to know, “Why are you following me?” Curbeam, who is chairman of the Teamsters National Black Caucus, told Truthout his immediate sinking thought was: How can I defend myself to the police when they come?

Fortunately, he de-escalated the mistaken encounter, but he remains shaken by how vulnerable he was, and is, by dint of being a Black man in the U.S.

“I didn’t say anything to my wife about what happened until that Thursday,” he said.

Organized Labor has a fraught role in relation to policing, to say the least.

Since the inception of police departments, police have played a role in repressing Worker uprisings, yet the strength of Police Unions - including those within the Teamsters and other large Unions like the National AFL-CIO - is a major barrier to any kind of fundamental change.

However, an increasing number of Workers are speaking out about policing and demanding their Unions’ attention in the current moment.

“While Working People of America ‘have had a knee on our neck for generations, for Black People, it is worse,’” Curbeam added.

Juneteenth - a holiday that originates in Texas, but is now catching hold nationwide - is being observed today - June 19th.

It celebrates the day in 1865 when enslaved people in Texas learned that their legal status had been favorably altered by the Emancipation Proclamation two years earlier.

Juneteenth 2020 is also the day that all 29 ports that operate with the International Longshore and Warehouse Union (ILWU) will be shut down from 9 am to 5 pm.

It was initiated by Bay Area Locals 10 and 34, and adopted by ILWU National on June 8th.

“Looking at the ‘tragedy that’s continuing to happen’ to Black and Brown people in this country, ‘I’m heartbroken because I have to live with the fact that my children and grandchildren are going to be facing a terrible future unless I play a part in changing history,’” Gabriel Prawl, the former President of ILWU Local 52 in Seattle, told Truthout.

At a 2016 convention in Miami, he circulated a draft resolution proposing that if any Black Longshore Worker is killed by law enforcement anywhere, all Longshore Unions would take unified economic action everywhere.

Prawl says he’s still waiting for such a resolution to be adopted, but that Friday’s planned work stoppage was conceived in that spirit “and comes the closest to the aims of that proposed resolution of any action so far.”

Prawl - who is also President of the Seattle Chapter of the A. Philip Randolph Institute, a Policy Advocacy Organization for Black Trade Unionists - wants the police to “stop terrorizing Black people.”

He’s also concerned about a jobless future due to automation.

“It’s the ‘future of eliminating’ Unions, of ‘eliminating’ employers ‘having to pay for pensions, Social Security and medical (benefits) for actual human beings working, so that more of the profit goes to the corporation.’  Automation ‘will create more poverty in the world’,” he said.

Unions are being targeted for economic warfare, which is also a detriment to Black Workers who, according to the U.S. Bureau of Labor Statistics (BLS), had in 2019 the highest Union coverage rate among major racial and ethnic groups.

To Continue Reading This Labor News Report, Go To: https://truthout.org/articles/amid-calls-for-a-general-strike-labor-will-shut-down-29-ports-on-juneteenth/?fbclid=IwAR3Kcr3GQs0fSbYmJ55gVvFRs0vt4RWHXpCOaBKdNOH4FyDLhZ8OEebt5Ks