Unions âGiving Backâ To Their Local Communities: IUOE Local 17 âAnswers The Call,â Donates Manpower To Dredge The Sturgeon Point Marina In The Town Of Evans For Area Boating Enthusiasts & Fishermen During COVID-19 Pandemic 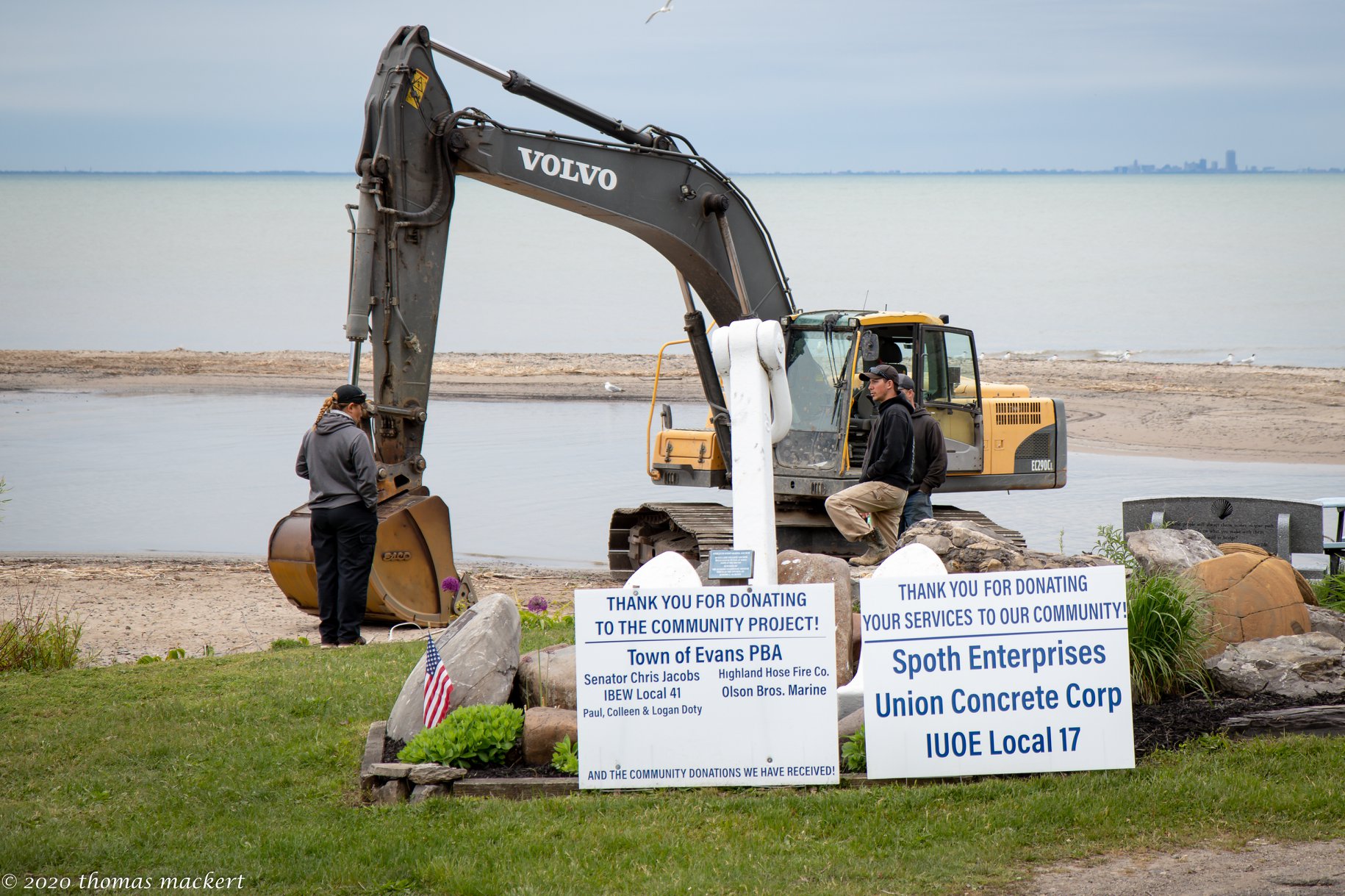 (THE TOWN OF EVANS) – As the Union has for “more than forty years,” International Union of Operating Engineers (IUOE) Local 17 came to the aid of the local community when called, this time donating the equivalent of $25,000 in work to dredge the Sturgeon Point Marina in the Erie County Town of Evans for area boating enthusiasts and fishermen during the COVID-19 Pandemic.

“(Local 17) ‘is always willing to help out the community,’” Local 17 Business Manager Gary Swain said during a recently-held celebration that opened the marina to local residents.  “We’ve ‘been working on community projects like this with our Registered Apprentices for more than forty years.’  This project was a ‘win-win’ for everyone.” 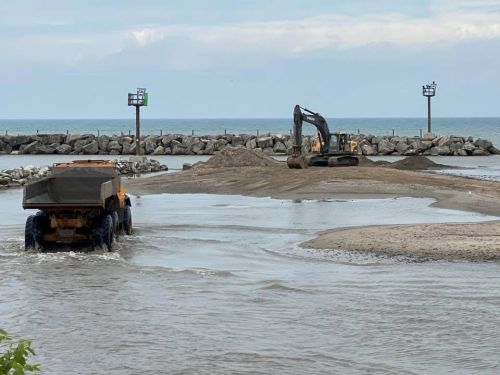 In addition to Lake View-headquartered IUOE Local 17, a number of other Unions, individuals, groups and companies made contributions to get the projected $90,000 job done, including: International Brotherhood of Electrical Workers (IBEW) Local 41; Union Concrete; and the Town of Evans Police Benevolent Association, to name just a few.

Those in the local community also raised more than $10,000 to offset fuel costs to get the project done, according to Town Officials. 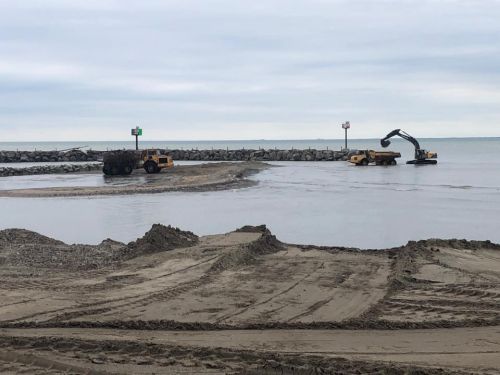 Evans had put the project out for bid, but apparently could not come up with the money because “they couldn’t afford it” - so it did not look like it was going to get done, Swain later told WNYLaborToday.com in an interview.

It was at that time that Town of Evans Councilman Mike Schraft - who also serves as Upstate Regional Director of New York Helmets to Hardhats, an organization that assists returning Veterans interested in finding employment opportunities in the Unionized Building Trades, personally called IUOE Local 17 and asked Swain for his Building Trades’ Union’s help.

“Local 17 I’s always willing to help out our communities and our neighbors,’” Swain told Your On-Line Labor Newspaper.  “This project ‘benefitted everyone’ and with the COVID Pandemic occurring, ‘this was one of the only way people could get out of their homes and enjoy the outdoors boating and fishing.’  ‘We also wanted to get involved and get it done to help get back to a sense of normalcy.’”

“I ‘also got a lot of calls from some of our Retirees who live in the area,’” added Swain with a laugh. 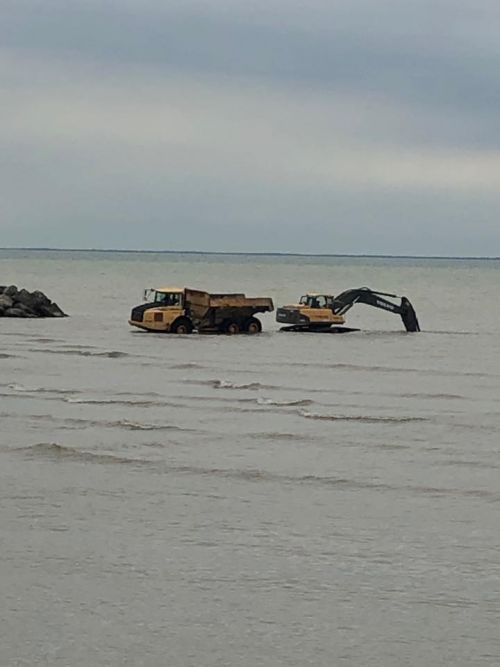 Local 17 was involved in the effort during a nine-day time period, Local 17 Training Coordinator Kelly Roblee told WNYLaborToday.com.  Overall there were nine Apprentices and two Instructors involved, including Roblee.  Each Apprentice put in about 50 hours a week. 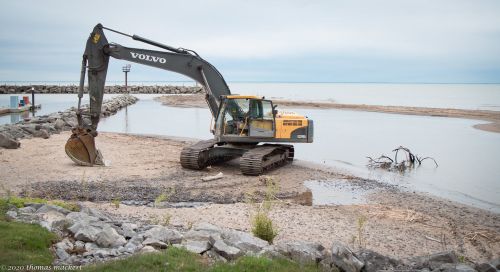 Overall, Swain put a $25,000 monetary amount on the Union’s donation when it came to the man hours put in by those participating Local 17 Members.

“We used (the request for help) ‘as an opportunity for our Apprentices to take part in a training exercise,’” Swain said.  “‘I don’t know how many (overall) man hours we put in, but let me put it this way: there were one-thousand truck loads taken out of there.’  They were digging up the sand that washes in and loading it into trucks, which transported it out of the area.”

Local 17’s Roblee told WNYLaborToday.com: “It was a ‘big job’ dredging out that marina after the sand bar had washed in.  We excavated and moved out (579) loads of sand.  The community ‘was very happy and thanked us and, without a doubt, I think this (shows the importance of Union-trained Workers getting the job done right, the first time).’”

At the opening celebration, Town of Evans Councilwoman Jeanne Macko said: "The marina is a ‘vital regional asset’ for public safety, recreational and fishing access.  We would ‘like to thank everyone who contributed to the community project along with the volunteers that helped beautify the jewel of the Town of Evans.’"

Said Councilman Schraft: “Shutting down Sturgeon Point Marina ‘was never the right decision in my opinion.’  The economic development and recreational use for the Town of Evans residents and small businesses ‘was always on the forefront of my mind while fighting to keep the Marina open.’”