In Order To Ensure The Health & Safety Of Their Members, The RWDSU Steps In To Do Temperature Checks On Macys Workers In White Plains And Parkchester 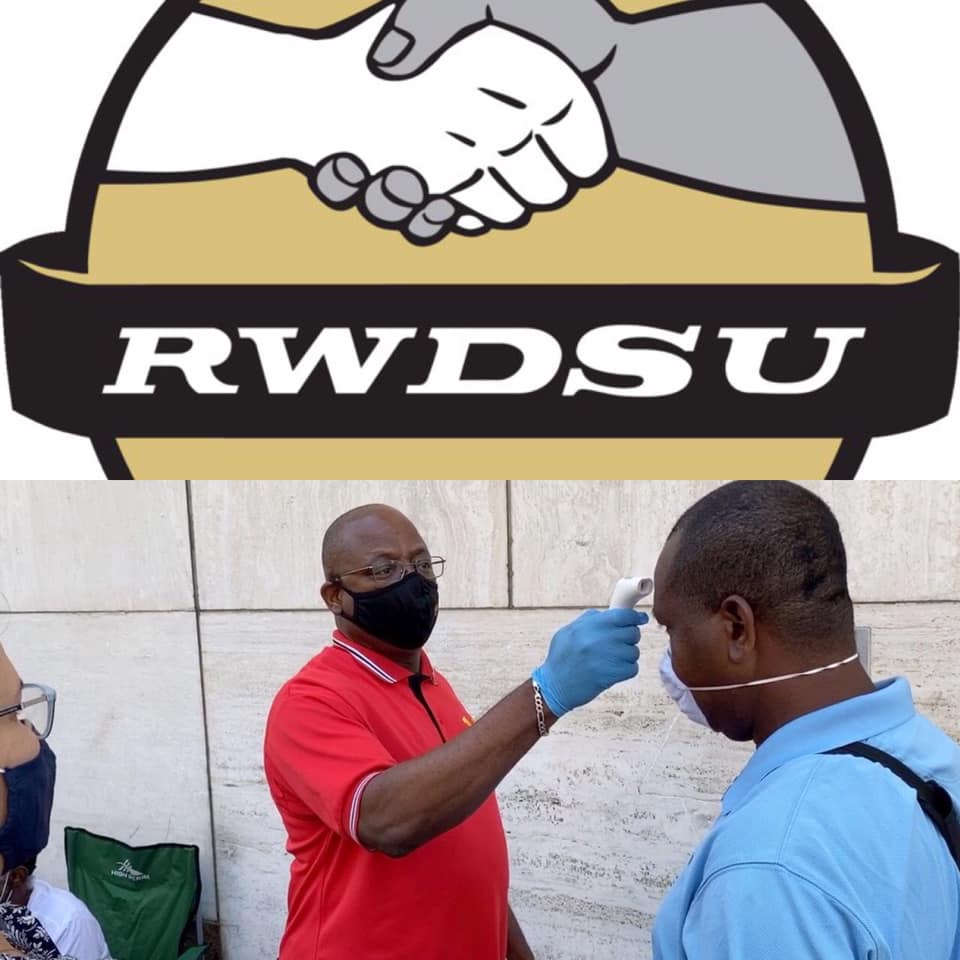 (NEW YORK CITY) - Macy’s Workers have returned to work for the first time in three months and said they were eager to get back, but their employer refused to provide temperature checks at its White Plains facility so the Workers’ Union, the Retail, Wholesale and Department Store Union (RWDSU), stepped in.

Earlier last week, Governor Andrew Cuomo announced that the Hudson Valley had met the metrics to move to Phase 2 of the state’s reopening and the Mid-Hudson Region officially opened for business on Friday (June 12th), which includes White Plains.

“The global public health experts advising New York State have reviewed the data and numbers for the Mid-Hudson region and cleared this part of the state to move ahead into Phase II of the reopening,” Cuomo said. “New Yorkers have been smart and disciplined throughout the COVID-19 outbreak and it is essential for residents and businesses to continue to follow all necessary precautions to ensure the virus does not spread as we advance the Mid-Hudson reopening.”

According to Jones, Macy’s told the Union it didn’t need to provide temperature checks because there aren’t as many Employees in White Plains - as compared to those working at the company’s Flagship Store in Herald Square in Manhattan.

“Basically, because the company felt that only in the ‘high-density’ stores, ‘they needed to do’ temperature checks.  ‘Quite frankly, we were astounded by it,’” Jones said. “It’s a ‘matter of a point and shoot,’ but because these two smaller stores (White Plains and Parkchester) are ‘low density’ – ‘they felt it wasn’t necessary.’  So, we were ‘forced to kind of pick up the slack,’ (but) ‘we believe it is the employer’s responsibility to do these checks.’”

In a statement, RWDSU 1-S President Angella Harding, also expressed astonishment that Macy’s was overlooking safety at its Mid-Hudson stores: “For Macy’s ‘to consider Workers at smaller stores more expendable than at their flagship Herald Square and their larger stores is inexcusable.’  The ‘safety’ of our Members in White Plains and Parkchester ‘is just as important, not only to their own safety, but to the safety of their community as any other store.’”

Harding also noted the Union will continue to step in and provide critical health and safety measures that protect not just Members, but shoppers as well.

“We’ve ‘haven’t had any problems, no one has a high temperature,’” he said. “It’s ‘not taking a lot of time, it’s not taking a lot of effort, it is a simple process that can help save lives, so we feel that it is something that needs to be done.’”

To Continue Reading This Labor News Story, Go To: http://laborpress.org/rwdsu-steps-in-to-do-temperature-checks-on-macys-workers/