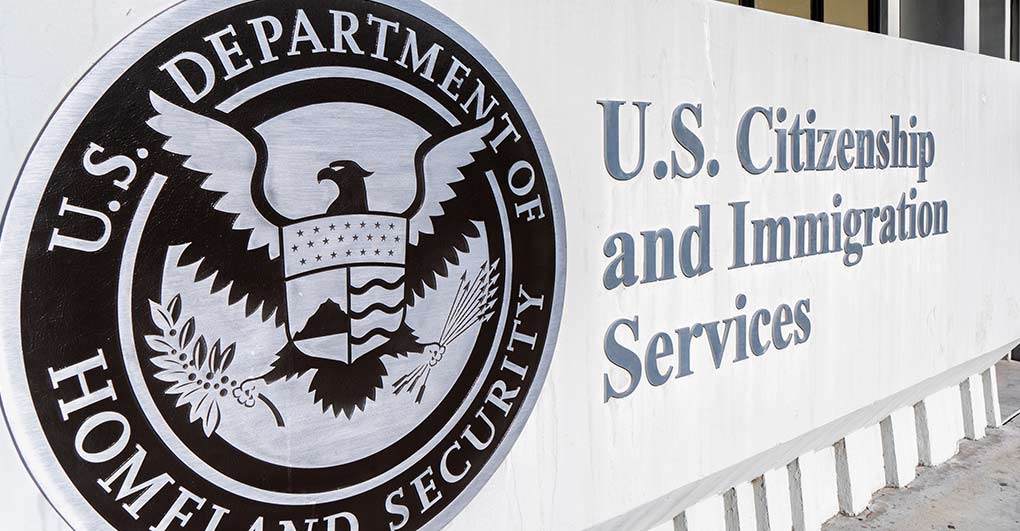 (WASHINGTON, D.C.) – The American Federation of Government Employees (AFGE) is asking Members of Congress to provide the funding the U.S. Citizenship and Immigration Services (USCIS) needs in order to prevent the furlough of nearly 11,000 Employees in July.

Meanwhile, UCOMM Blog reports Unions at the Department of Veterans Affairs (VA) have received eviction notices.  These notices were ordered by Republican President Donald Trump as part of his Anti-Union Executive Orders that he signed back in 2018.  Along with kicking the AFGE out of their Union Offices within VA buildings, AFGE Officials were told they would be losing significant amounts of “Union Time,” which is time that officials are able to do Union business such as representing a Member in a disciplinary hearing, while still being paid.

The USCIS, which administers the country's Immigration and Naturalization System, is usually funded almost entirely through user-paid fees.

The agency recently threatened to furlough more than half of its 18,700 Employees, claiming a reduction in fee revenue caused at least in part by the COVID-19 Pandemic is the rationale for these furloughs.

The agency is asking for a supplement of $1.2 billion - $571 million for the remainder of the current fiscal year, plus an additional $650 million for the start of Fiscal Year 2021.

In a letter to the leadership of the House and Senate Appropriations Committees, AFGE President Everett Kelley said furloughs of this magnitude will undoubtedly cripple the agency’s ability to carry out its mission.

“With a loss of nearly (11,000) Employees, Work and Visitor Visa Petitions, Asylum and Citizenship/Naturalization Applications, Green Cards and Refugee Applications will not be processed,” he wrote. “USCIS plays an extremely important role in facilitating lawful immigration, helping Immigrants attain a legal status as Permanent Residents and if they meet all criteria, eventually becoming U.S. Citizens.”

He urged Congress to approve a supplemental appropriation of $1.2 billion to meet payroll for the nearly 11,000 Federal Employees currently under threat of furlough.

“While the COVID-19 Pandemic has had an enormous negative impact on our Nation’s economy, it is important that USCIS continue its capacity for administering legal immigration processes,” he added. “Without this supplemental appropriation, this capacity will be profoundly undermined.”

To Directly Access This Labor News Story, Go To: www.afge.org/article/afge-urges-congress-to-prevent-furlough-of-11000-cis-employees/

And For More, Go To: https://ucommblog.com/section/national-politics/trumps-va-kicks-out-244-union-officers?fbclid=IwAR3U7d5Y8XcYZ4LXJV053fA4CyscjBij64r_FFa9F90cgrx_2mvrVQjdJnM