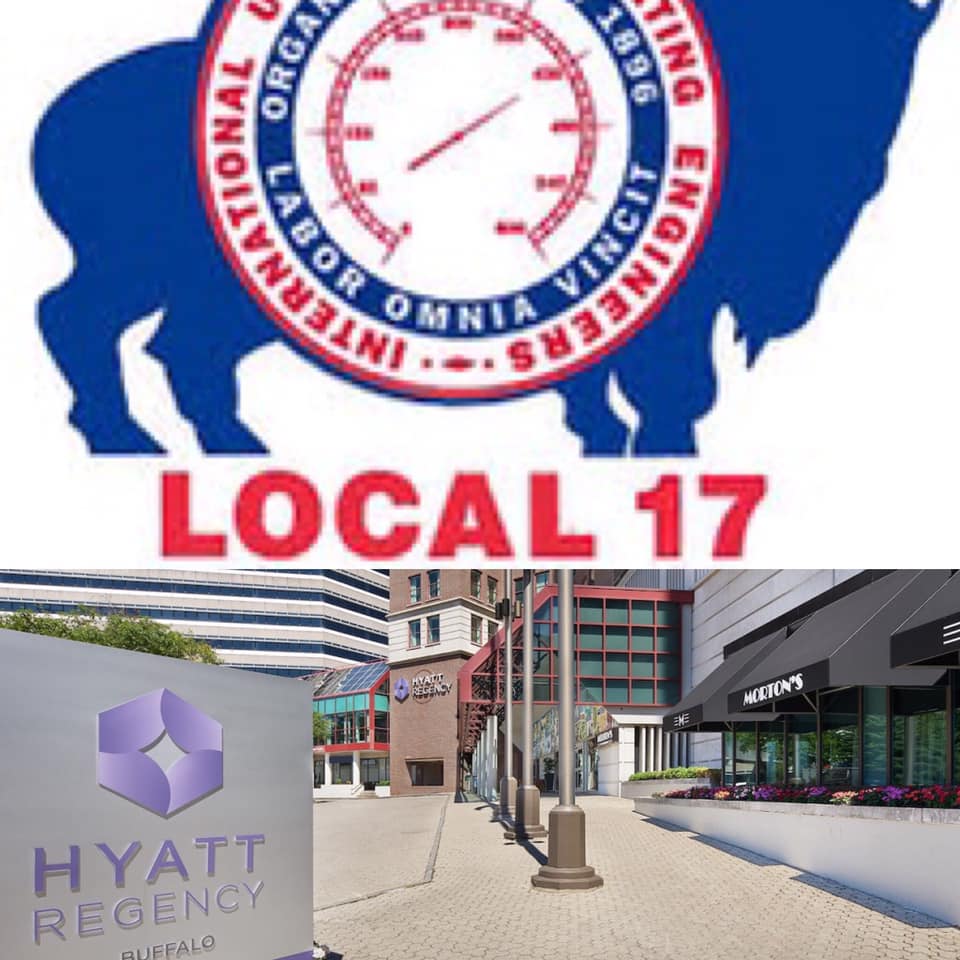 (BUFFALO, NEW YORK) – Negotiations on a severance package for 16 International Union of Operating Engineers (IUOE) Local 17-represented Hyatt Hotel Workers have come to a halt for the time being after a newly-filed lawsuit stopped the announced closing the long-time Downtown Buffalo Hotel.

The 16 Local 17-represented Workers, who are employed as Room Mechanics and Station Engineers, had been working under a six-year contract that expires in May 2024.

The Union had been in negotiations with Hyatt Corporate Attorneys, Burchalewski said, regarding a severance package for the Workers. 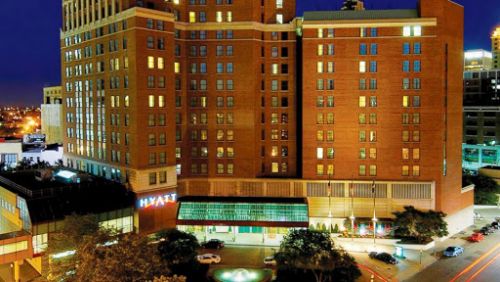 According to Buffalo Public Radio Station WBFO, the Snyder Corporation - the parent company of Genesee Hotel Properties, which owns the facility, filed suit against the Chicago-based Hotel Chain.  The lawsuit comes after Hyatt announced last week that it was ending its management agreement.  Now, the State Supreme Court Restraining Order blocks Hyatt from "ceasing performance" under the agreement in effect when the hotel opened in 1984.  That means the 396-room hotel can continue operating under the Hyatt name in the meantime.  The Hyatt departure was due to take effect Monday (May 31st), the same day the hotel was scheduled to reopen after a two-month long closure due to the COVID-19 Pandemic.  A court hearing has been scheduled for Monday, June 15th to consider a preliminary injunction "pending a final determination."

Local 17’s Burchalewski, meanwhile, told Your On-Line Labor Newspaper that his Union’s Members employed at the Hyatt “were aware that the hotel would be closed,” but were asked to keep the informational confidential by the hotel chain’s representatives prior to it being announced.

“It was ‘nonetheless quite a shock,’” Burchalewski said.

The group of Workers represented by the IUOE “was the only Unionized Unit” in the Downtown Hotel, he added. 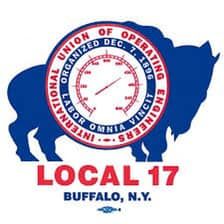 In the early 80s, the former Genesee Building was transformed into the Buffalo Hyatt with the help of Union pension dollars, from Ironworkers Local 6 under the leadership of then Business Manager Mike Fitzpatrick, who later was elected to the Erie County Legislature.

The Union funding was made available on the agreement it would be built only by Union Labor offered by the Buffalo Building and Construction Trades Council and its Member Unions.

Regardless of what is currently transpiring, IUOE Local 17’s Burchalewski said there is hope the hotel could remain open and not go dark, possibly under new ownership that would involve another major hotel chain taking over in the future, due to the fact it is physically connected to the nearby Buffalo Convention Center and plays such an important role in the economics of Downtown Buffalo.

“Hopefully they’ll ‘get this ship turned around,’” he said.

It was also reported by WBFO that there were in the arena of as many as 350 Full and Part Time Workers employed at the Hyatt.