How Trump Could Dismantle Workers Rights With Another Four Years - While Past Republican Presidents Have Tried To Diminish Federal Unions, Few Presidents Have Been As Successful As Trump

Published Friday, May 29, 2020
by Rachel Cohen Via WashingtonMonthly.com 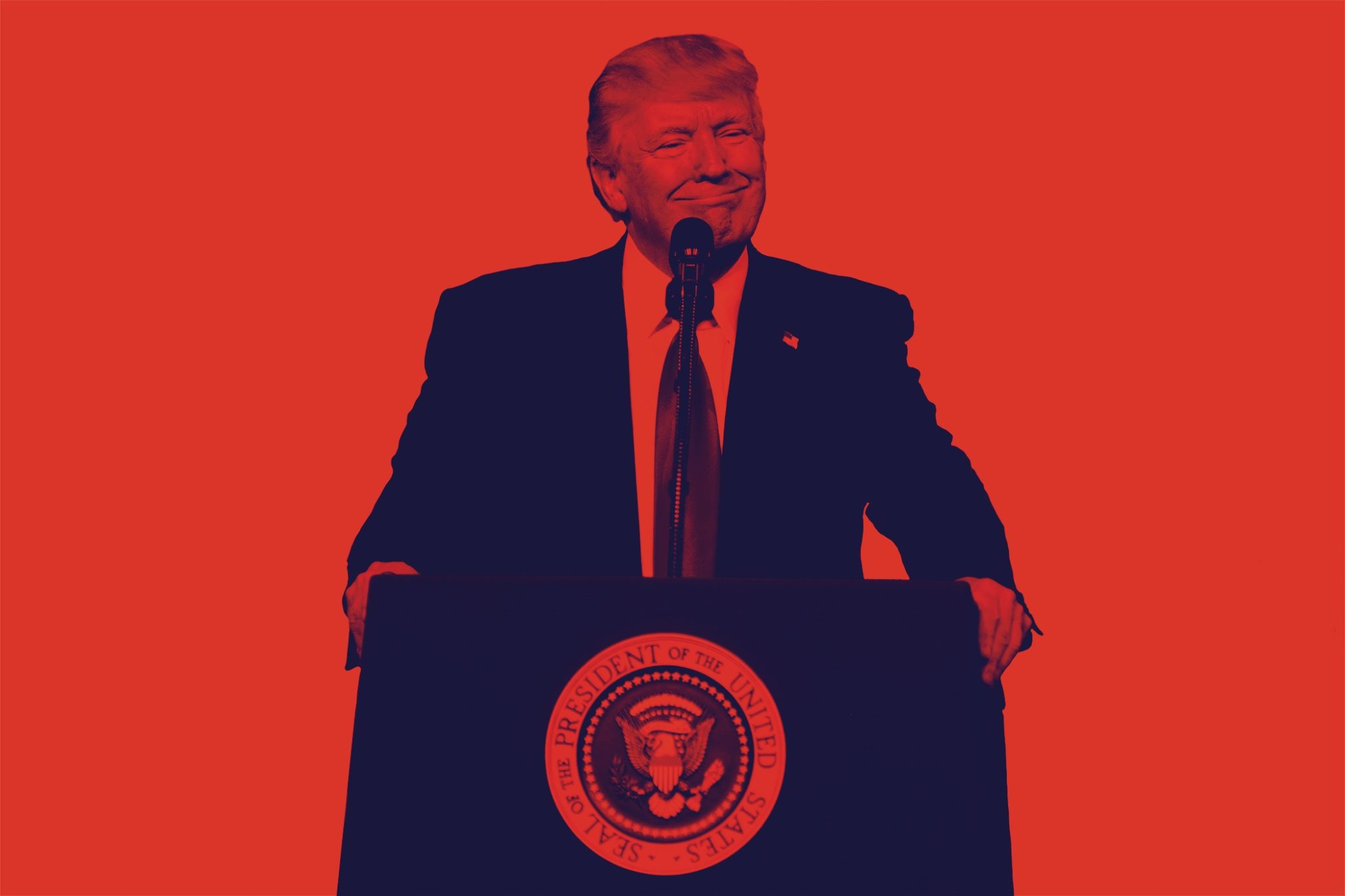 But in many respects, Trump’s Administration has followed in the footsteps of Ronald Reagan and his acolytes, who pioneered the Republican playbook on weakening Unions.

From stacking his administration with Anti-Union ideologues to firing more than 11,000 striking Air Traffic Controllers during his first year in office, Reagan set in motion a pro-corporate agenda that Trump has continued to push forward.

In case there was any doubt about how the Trump Administration regarded the Conservative icon’s Labor record, in August 2017 then Labor Secretary Alexander Acosta announced that Reagan would be inducted into his agency’s Hall of Honor.

One way Trump has taken aim at Unions is through the National Labor Relations Board (NLRB), which is the Federal Agency tasked with protecting the rights of Private Sector Workers and encouraging collective bargaining.

Private Sector Workers are barred from bringing Workplace Grievances through the courts themselves, so filing complaints with the NLRB - which has more than two dozen regional offices spread across the country - is how Employees can seek redress if they feel their rights have been violated.  If an issue can’t get settled at the regional level, it gets kicked up to the agency’s five-person panel in D.C., which issues a decision.

Trump’s NLRB has kept busy, handing down a spate of decisions that align with employer interests and overturn Obama-era decisions.

In early 2017 the Chamber of Commerce, a powerful business lobby, published a wish list of 10 policies it wanted to see changed under the Trump Administration.

In less than three years, the NLRB addressed all 10 items on the list, even going beyond what the lobby requested in some instances.

For example, new NLRB decisions make it harder for Workers and Union Representatives to discuss issues on employer property and give employers more power to unilaterally change Collective Bargaining Agreements.

Decisions like these tend to have modest immediate impact - but become far more consequential as they have more time to take effect.

“Unfortunately, ‘how’ the three Republicans on the NLRB ‘seem to view their job is to weaken the law as it pertains to Workers’ Rights, but also amp up scrutiny of Unions and penalties against them,’” Lynn Rhinehart, a Senior Fellow at the Left-leaning Economic Policy Institute (EPI), said.

To Continue Reading This Labor Perspective, Go To: https://washingtonmonthly.com/magazine/april-may-june-2020/how-trump-could-dismantle-workers-rights-with-another-four-years/