Remembering Nelson Rivera, The Vice President Of New York Citys Largest Transit Union Who Succumbed To Cancer: He Had Incredible Empathy And Compassion 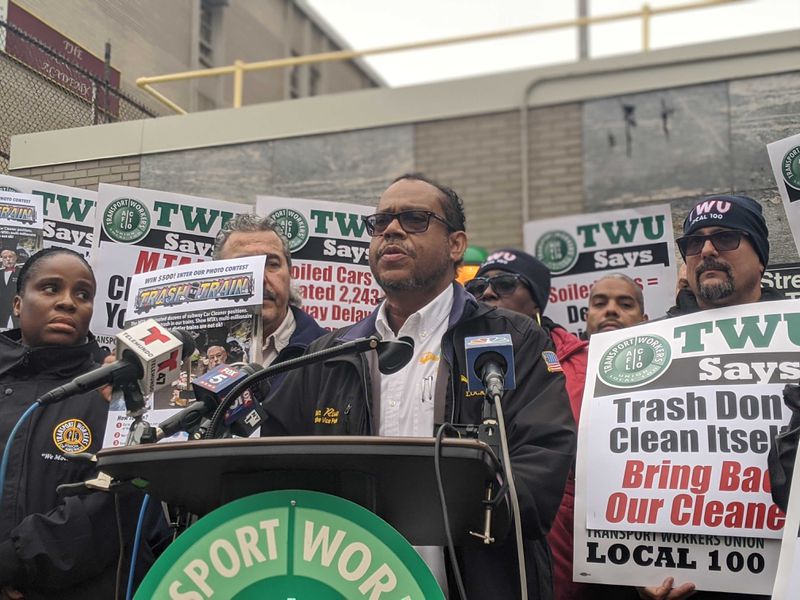 (NEW YORK CITY) - A top official at New York’s largest Transit Worker Union has died of lung cancer after a prolonged battle with the disease.  Nelson Rivera, 53, the Administrative Vice President of Transport Workers Union (TWU) Local 100, was known by colleagues for his humanitarian work and long-time leadership.

He was diagnosed with stage four cancer in September 2018 and was told he had just a few months to live - but he carried on with his work at the Union.

He griped that the cuts left the remaining Cleaners with dirtier work and straphangers with stinkier commutes.

“He had ‘incredible empathy and compassion,’” TWU Local 100 President Tony Utano said. “There ‘are literally hundreds’ of (Local 100) Members ‘who today have a job because of Nelson’s relentless advocacy.’”

Rivera led three different aid missions the Union organized in 2017 and 2018 for areas of Puerto Rico devastated by Hurricane Maria.

Raised in Brooklyn, he started as a Subway Car Maintainer in 1989.

He was elected Shop Steward of the sprawling 207th Street train yard in Upper Manhattan in 2000.

He held various Vice President positions at Local 100 since 2007.

“Management ‘had tremendous respect for him,’” said Shirley Martin, Vice President of the Car Equipment Division at Local 100. "A number of managers would tell me ‘Nelson keeps us in our place.' "

His death comes as at least 123 other MTA Employees have died from Coronavirus over the last two months.

Rivera is survived by his wife and three children.

To Directly Access This Labor News Story, Go To: www.nydailynews.com/new-york/ny-twu-local-100-nelson-rivera-mta-20200524-dqrjbupgwrac7ntyahqiwcdzlq-story.html?fbclid=IwAR22K-Js681DpPXVpOpz_8voNpIbKqYAUCX5Z5lFyOC1ZGShhwm1N7_CJM4