Published Tuesday, May 26, 2020
by Chris Erikson Via UCOMM Blog 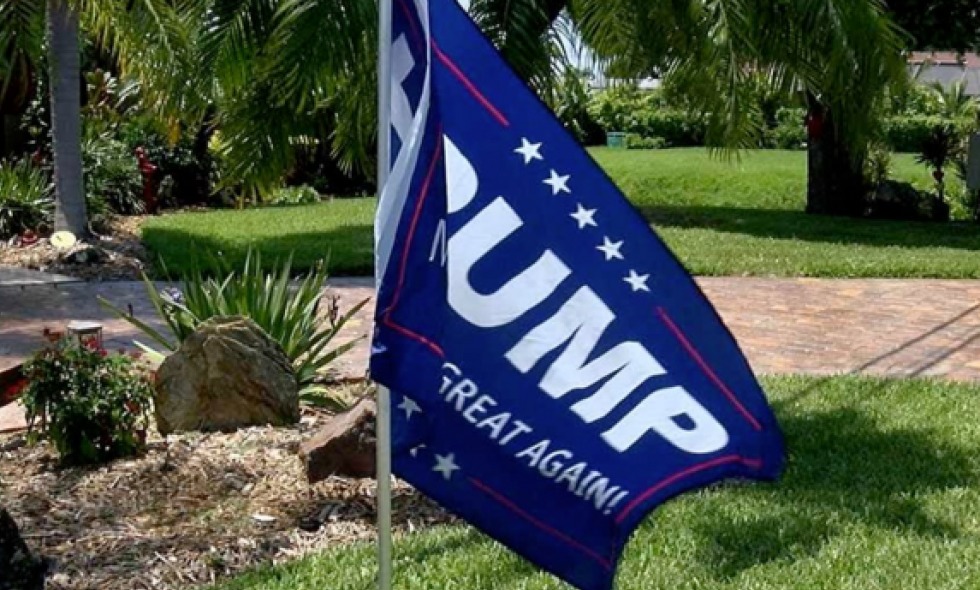 I saw a Trump 2020 flag on a house in Massapequa the other day - not unusual, as there are a lot of Republicans on Long Island - but what made me stop was the work truck in the driveway with an IBEW (International Brotherhood of Electrical Workers) decal on it.

I couldn’t help wonder how the wall, the attacks on Immigrants, the attacks on Unions, the hatred for Obama and the Democrats - who are Americans just the same as his Republican Party - along with the complete capitulation to corporations with obscene and unnecessary tax cuts, and the dismantling of almost every common-sense regulation put in place to protect us and our families, played a role in this person’s thought process.

Here’s just some of the changes Trump has made: Cutting OSHA; Allowing a Department of Labor that undermines Unions and American Workers; Blatant pro-business National Labor Relations Board (NLRB) appointments; Cutting regulations on the environment and in the process damaging the air we breathe and the water we drink.

And here are just some of the things Trump has said: Calling climate change a hoax; Attacking the free press by calling it “fake news;” Threatening our elections; Sucking up to the “good people on both sides” in Charlottesville, especially the ones armed to the hilt, wrapped in the Confederate flag and proudly flashing the Nazi salute; Bald-faced attacks on Jews, African Americans, Hispanics, Immigrants, Women, Union Members and more.

The list is long and it targets one and all.

America’s allies, NATO, and the millions around the globe that appreciated the help that America once brought to the poor, the oppressed and the sick and suffering, all negatively impacted by Trump.

Hope is gone and America’s leadership, needed now more than ever, is gone too.

Trump and Republican Majority Senate Leader Mitch McConnell of Kentucky have also done a good job of stacking the deck on the U.S. Supreme Court, along with the hundreds of Anti-Union Federal Judges that will stifle the Labor Movement long after Trump and McConnell are gone.

So as I paused in front of that Union Member’s house with the Trump flag, I wondered whether or not a Union Job, a highly paid Union Job no less, and all the benefits that we and our Brothers and Sisters in the IBEW enjoy, including: Our health coverage; Annuities; a 401k; the pensions that all of us will depend on, with retiree medical; Our Union Contract and the protections it provides; Our high standards; Our safe working conditions; The ability to educate our children and to provide a home for our families; and, most importantly, the dignity we have as Workers - because we have a Union, are enough to cause pause and realize that the Trump flag represents the greatest threat to all of that and more.

That wall and all the other backward policies espoused by Trump and his cronies will make some difference when we all make minimum wage and Unions are a thing of the past.

To Directly Access This Labor News Story, Go To: https://ucommblog.com/section/national-politics/trump-flag-union-logo-dont-mix?fbclid=IwAR3wtdMfNyzRIHpNr41Q6icVC43Ko7HnWvSUOBCOE9xz3gGjxM0BOPFdnXA