Published Friday, May 22, 2020
by Labor News Services & The Daily Beast 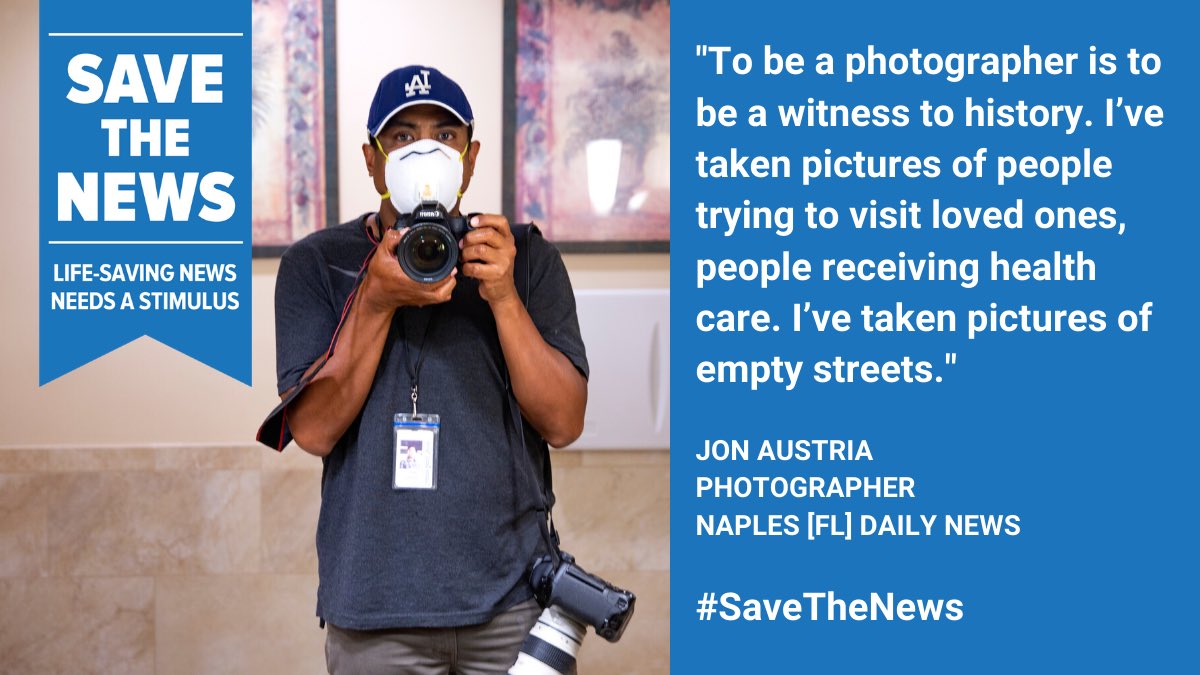 (NEW YORK CITY) – The top Media Union in North America is launching a historic Advocacy Campaign in an effort to gin up political support to help stave off the economic crunch on the News Industry.

The effort being undertaken by the 30,000-plus Member NewsGuild-CWA will involve a six-figure digital ad campaign, direct lobbying on Capitol Hill, and a new website where - among other things - laid off and furloughed Journalists will chronicle the industry’s plights.

The goal is both immediate and long term: To get Congress to okay giving direct grants to Workers at news outlets; To expand access to the Small Business Lending Program so that newspaper chains can tap those funds; To persuade the Federal Government to start using its existing ad budgets to bolster struggling media entities; and, ultimately, to put an industry that has shed tens of thousands of jobs in recent months on more stable ground.

“The window ‘isn’t closed,’” said Jon Schleuss, the President of NewsGuild-Communications Workers of America (CWA). “But it ‘has gotten worse (in just the last month) and it is going to get worse every day.’”

The campaign, bluntly titled “Save the News,” is unlike anything the NewsGuild-CWA has done in decades, officials say, and it puts the Union in delicate territory: Asking for direct assistance from the very political entities and officials that it covers.

Schleuss acknowledged the discomfort that can come when an industry premised on telling other people’s stories of suffering now is being forced to chronicle and promote its own, but with newspapers hit hard by slash-and-cut-minded ownership and ad revenues being lost because of the economic downturn caused by the spread of the Coronavirus, there are, simply put, few remaining options.

“It ‘has been a challenge for our industry in marketing ourselves that we aren’t telling the stories that what we have done has positively impacted communities,’” Schleuss said.

As part of the “Save the News” Campaign, NewsGuild-CWA is planning to, in Schleuss’ words, “build out a mini newsroom atop the Union” to essentially report out the turns of the Media Industry.

The Union will turn to some of the journalists who lost their jobs because of COVID-19 to help with that task.

The ad campaign - which is being funded by a grant from the parent Union, the CWA - is going to target areas “where there is bipartisan need for local news.”

Advocacy efforts will be focused on building support from all corners to ensure that some form of industry aid is included in the fourth package of COVID Economic Relief that Lawmakers are currently cobbling together.

The Union has already looked into hiring a Republican-leaning lobbying firm to help shore up support in Washington.

To Continue Reading This Labor News Story, Go To: www.thedailybeast.com/newsguild-cwa-americas-largest-media-union-launches-historic-advocacy-campaign-to-save-industry?source=twitter&via=desktop&link_id=9&can_id=d28a0e75022b91d73fc95bc86b686390&email_referrer=email_810799&email_subject=union-matters-may-22-2020

You can also visit SaveTheNews.org to take action and follow the campaign on Social Media by using #SaveTheNews