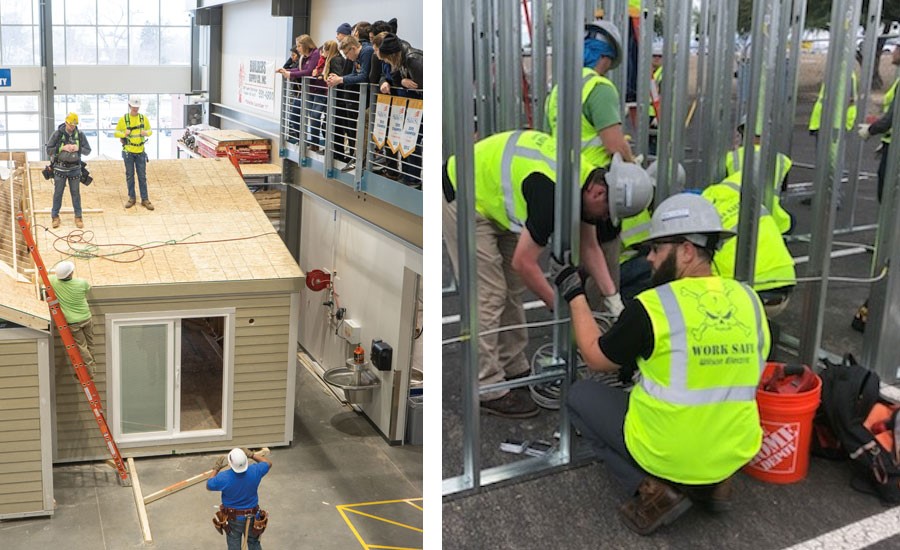 New COVID-19 restrictions are already affecting the Craft Worker pipeline, forcing many Apprenticeship and Training Programs to be shuttered or severely limited.

In the State of Washington, Training Programs are reopening after the state issued new safety rules for higher education in early May, says David D’Hondt, the Executive Vice President of the Associated General Contractors Chapter.

Apprenticeship enrollment was at an all-time high before the shutdown in March, he notes.

Programs now must figure out how to follow guidelines, such as six-foot distancing, in classrooms and training areas.

“There will be a ‘bottleneck in trying to move people along,’” he says.

Training Leaders also anticipate fewer graduates “because you won’t be able to fit as many people into classrooms,” he said.

The state's oldest continuously running construction Pre-Apprenticeship Program, ANEW, dating to 1980, had to shut down on March 23rd and hopes to restart on June 1st "with COVID 19 policies in place," says Executive Director Karen Dove.

"We have been ‘converting to partial’ on-line training, but the ‘learning curve for our Instructors and Staff has been difficult,’" she says. "We ‘lost’ students ‘who were in the middle of training because of other priorities due to the stay home, stay healthy directive’ in Washington."

"It is ‘imperative’ we get (Apprentice Programs) ‘up and running.’  ‘Without them, there is no place for our graduates to go,’” she continued.  “We have graduates ‘lining up waiting for applications to be accepted again.’  I also think ‘it will be important because the (COVID-19) changes may cause some of the older Workers to finally retire instead of adapting, which will create opportunities for new Workers.’"

The Northern California Carpenters Regional Council typically would have hundreds of Apprentices at its five main training centers, but those were shut down in mid-March.

The Council shifted to some on-line education and testing that would otherwise be in classrooms, but looks to jobsites for hands-on training.

“There’s ‘going to be a lot more in-field training now,’” he says.

In New Jersey, International Union of Operating Engineers (IUOE) Local 825 suspended its March and April training and “we’re ‘looking at how to ramp up’ a Google classroom and Zoom webinars,” Business Manager Greg Lalevee said. “But ‘it’s not the way we’re used to it.’  ‘You can’t jump on the (machine’s) running board anymore to help a student.’”