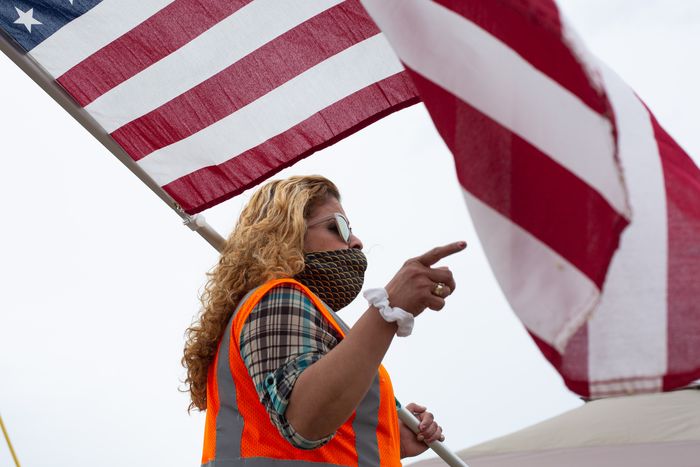 Randy Narvaez had worked for a Denver-area King Sooper Store for over 30 years by the time he died from the Coronavirus.

In a press release, his Union - the United Food & Commercial Workers (UFCW), said there are a dozen cases among his Co-Workers.

Even if they all survive, they’ll see their pay reduced by the time they recover.

Full-time Workers will get another “thank you” payment of $400, Part-Timers get $200, and after that, it’s business as usual.

Except it won’t be, not for Randy Narvaez and not for his Co-Workers, who are pleading with Kroger to extend the hourly bonus or at least shut their store down to clean it.

A great difference in perspective, and thus of opinion, separates bosses from Workers at all times.

Created by capitalism and wedged open by decades of policy, this gap has fatal qualities, and they have become difficult to ignore.

The pandemic has spawned a thousand ponderous takes about the state of inequality in America.

Most concede at minimum that inequality exists and can be dangerous, though some, like a recent New York Times Editorial by the Libertarian Economist Michael Strain, have argued that it isn’t much of a problem.

But the pandemic also highlights a curious trend among some in the Right Wing.

These Conservatives see value in the notion of inequality.

They freely admit that there are haves and have nots, or a front row and back row, and will even speak of exploitation and pain.

But these Right Wing Populists take one obvious, true point - that lockdown measures inflict economic pain, the severity of which corresponds inversely to a person’s wealth and journey from there into the land of the goons.

Consider a recent effort from Peggy Noonan, a Pulitzer Prize–winning Columnist for The Wall Street Journal.

Unlike some fellow Conservatives, Noonan allows the necessity of mask-wearing and social-distancing.

A correct statement, though she doesn’t seem to know which side is which.

In her version of Class War, professional elites stand on one side of the divide, hectoring Workers who just want to make rent.

“The Working Class People who are pushing back have had harder lives than those now determining their fate,” she continued. “They haven’t had familial or economic ease.  No one sent them to Yale.  They often come from considerable family dysfunction.  This has left them tougher or harder, you choose the word.”

To Continue Reading This Labor News Story, Go To: https://nymag.com/intelligencer/2020/05/lockdown-protesters-arent-the-working-class.html?