The Pandemic Is Inspiring A Wave Of Unionization Efforts  Will It Lead To Greater Protections? 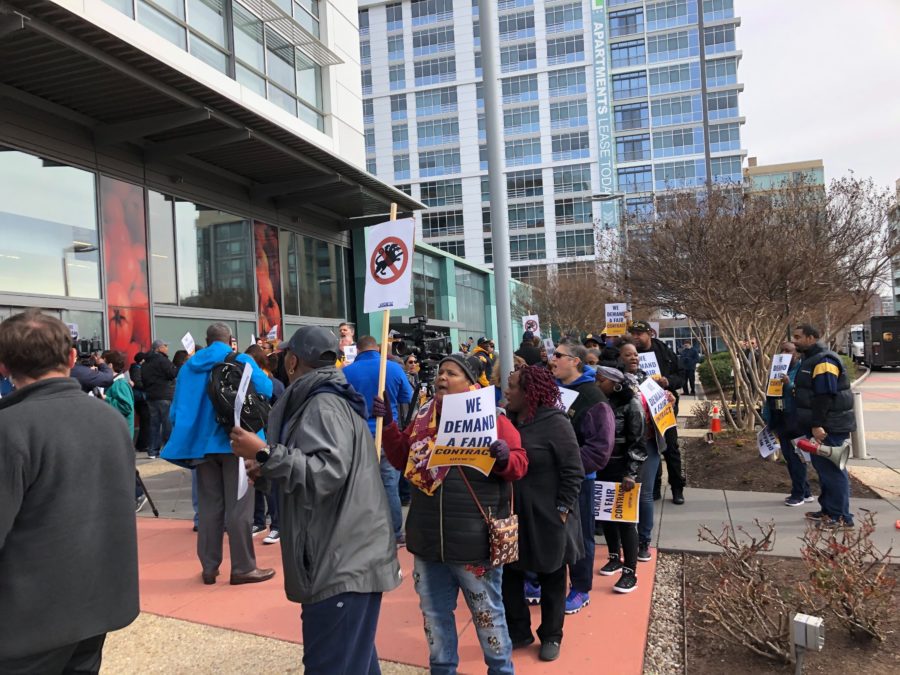 (WASHINGTON, D.C.) - There seems to be a new story every day about potentially deadly working conditions during the Coronavirus Pandemic.

Nearly 5,000 Workers at meatpacking plants in 19 states have tested positive for COVID-19.

Grocers are finding it harder “to convince Workers to put themselves at risk.”

If the stories aren’t about workers in danger, they’re about Workers losing jobs or taking pay cuts.

Large corporations and local businesses have slashed salaries, benefits and jobs to try and suture their wounds.

More than 1.1 million people in Washington, D.C., Maryland and Virginia have filed new Unemployment Insurance Claims in the past two months, with service industries taking the hardest hit.

Nationwide, with more than 20 million jobs lost in April, unemployment is approaching (or possibly already at) Great Depression levels.

Faced with unsafe conditions or precarious employment, some Workers are turning to Unions for security.

While the rallies to reopen states have taken the spotlight, Labor Strikes have been on the rise since the pre-Coronavirus era, and are now breaking out at companies that have never witnessed them before.

After a drop in Union Membership in recent decades, Worker activism is seeing a resurgence as COVID-19 continues to ravage the U.S. economy and endanger its workforce.

The efforts are driven in part by Millennials and GenZers who “get it and understand” that their standard of living may not match that of their parents, says Virginia Diamond, who serves as President of the Northern Virginia AFL-CIO Labor Federation.

“They’re ‘saddled with huge’ student debt.  ‘They can’t get jobs that pay sufficiently to deal with their economic needs.’  ‘They can’t afford health care.’  ‘And there is no way that they could even consider that one day they might retire, much less buy homes,’” she says. “The ‘whole’ economic system ‘is broken, as far as the Working Class is concerned.’  ‘It’s not working at all.’”

To some degree, a Union rush in an economic crisis that’s been likened to the Great Depression is history repeating itself.

In the 1930s, New Deal reforms such as the National Labor Relations Act (NLRA) and the Fair Labor Standards Act (FLSA) gave Workers enhanced rights, including an expanded ability to engage in collective bargaining.

Union Membership grew in the U.S. and peaked in the 1950s.

To Directly Access This Labor News Story, Go To: https://wamu.org/story/20/05/13/the-pandemic-is-inspiring-a-wave-of-unionization-efforts-will-it-lead-to-greater-protections/