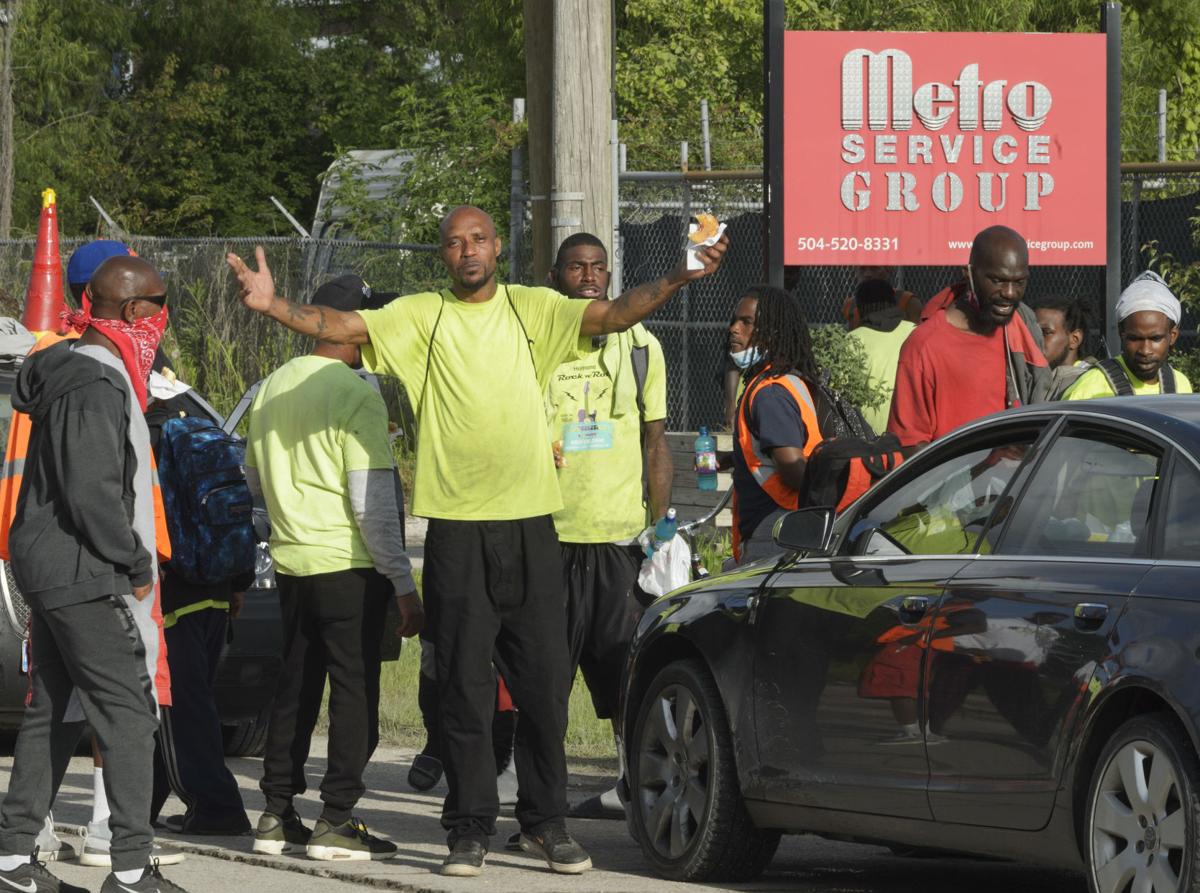 (NEW ORLEANS, LOUISIANA) – Striking Sanitation Workers gathered at City Hall on Monday (May 18th) to demand an audience with the head of Metro Services Group, the Garbage Collection Firm that employs them.

“We want to talk to Mr. Jimmie Woods, whenever, as soon as possible, because I'm ready to get back to work,” one Hopper - Workers who jump on and off the garbage truck to empty bins - told the crowd.

Woods is the CEO of Metro Services, which employs the Hoppers via a subcontract with People Ready, a Job Placement Company.

The Workers - who are entering the third week of their Strike that was sparked by the Coronavirus Pandemic, do not have a Collective Bargaining Agreement.

Truck Drivers and others employed directly by Metro have not gone on Strike.

The Strikers are demanding $150 in Hazard Pay a week, more Personal Protective Equipment (PPE) like masks and gloves, plus a pay increase and repairs to some trucks.

The Hoppers say they’ve continued to receive low pay even as the Novel Coronavirus brings new danger to their jobs.

They also say they have only occasionally received protective gear, although the Sanitation Company says it’s amassed a stockpile of masks and gloves that it gives to Workers.

And they say People Ready and Metro have refused to meet with them.

Pictures of the demonstrators have circulated widely on Social Media.

In one image, they hold the “I AM A MAN” signs that Memphis Workers carried during the 1968 Sanitation Strike that ended with Martin Luther King Jr.’s assassination.

The Inmates come from around the state, but they’re housed in a detention center that the Livingston Parish Sheriff’s Office leases to Lock5.

The Work-Release Inmates will receive $9.25 an hour, according to Lock5.

To Read This Labor News Story In Its Entirety, Go To: www.wwno.org/post/striking-new-orleans-sanitation-workers-escalate-their-fight