Published Sunday, May 17, 2020
by Rob Kozlowski/www.pionline.com 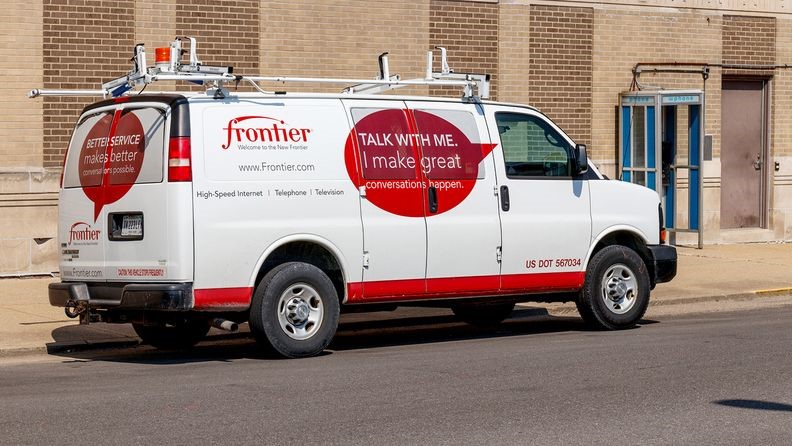 (NORWALK, CONNECTICUT) – Frontier Communications - whose Workers are represented by the Communications Workers of America (CWA) in New York State, has announced it plans to postpone its U.S. Pension Contributions totaling $153 million under the provisions of the Federal Coronavirus Aid, Relief and Economic Security Act (CARES) Act.

The Norwalk, Connecticut-headquartered telecommunications company contributed $37 million to its plans in the first quarter out of the $190 million in previously required contributions for 2020, the company just disclosed in a 10-Q filing with the Securities & Exchange Commission (SEC).

The remaining contributions will be made "until on or prior to January 1st, 2021, as permitted by the CARES Act," Frontier Officials said.

The CARES Act, signed by Republican President Donald Trump on March 27th, provides companies the option of a one-year holiday from making 2020 pension contributions, with interest accrued, until January 1st, 2021.

Frontier Communications contributed $166 million to its pension plans in 2019.

As of December 31st, pension plan assets, all in the U.S., totaled $2.73 billion, while projected benefit obligations totaled $3.726 billion, for a funding ratio of 73.3%, down from 74% a year earlier, according to the company's February 10-K filing.

Also as of December 31st, the plan's actual allocation was: 49% equities, 39% fixed income and 12% alternative investments.

To Directly Access This Labor News Story, Go To: www.pionline.com/pension-funds/frontier-communications-delays-153-million-pension-contributions?fbclid=IwAR3SyYey6Kyk23T7qxgZnosBtfM9tEcjnBLQfwEhJK6KFtswnb2rytN31cg