Non-Profit Workers Turn To Unions During Pandemic Uncertainty - Labor Groups Have Increased Their Efforts To Organize Non-Profits, One Union Has Announced Seven New Bargaining Units Over Just A 16-Day Period 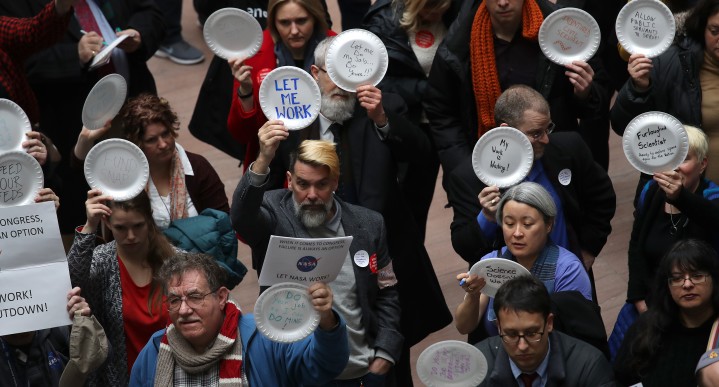 Uncertainty fueled by the Coronavirus Pandemic has sped up a growing number of Non-Profit Workers joining Unions.

From Environmental Justice Organizations to Political Advocacy Groups, Non-Profit Employees are turning to Organized Labor to achieve a greater say in how their organizations are run.

And Unions - in turn, are capitalizing on the newfound interest to shore up low levels of Unionization in the Non-Profit Industry and provide a boost to their Membership.

“We know our organization ‘already has high standards and a commitment to things like gender equity, professional development - but we still want that seat at the table, not only for Workers’ benefits but also in terms of the direction of the organization,’” said Rikki Baker Keusch, an Employee at the Non-Profit Organization J Street where a Union Campaign was announced last month. “And also, because of the COVID-19 Pandemic, ‘the urgency has really spurred us on.’”

In a 16-day span last month, seven workplaces announced Organizing Campaigns with the Non-Profit Professional Employees Union (NPEU), a Local of the International Federation of Professional and Technical Engineers (PTE).

The Local’s number of bargaining units grew 35% in less than a month.

“The Coronavirus ‘kind of put a little bit of a crunch and pressure on people that I think has motivated them to work a little bit faster and want to organize their Workplace Unions just because of the uncertainty that the Coronavirus presents,’” NPEU President Kayla Blado said.

The uptick in organizing contrasts with what remains an overall lack of Unionized non-profit jobs.

No official statistics exist on Unionization in the Non-Profit Industry, but the percentage of Union Members in the non-profit-heavy sector of civic, social and advocacy organizations, as well as grant-making and giving services, hovered around 1% to 3% over the last 10 years, according to census data.

“This is an industry ‘that’s currently unrepresented by Organized Labor and making inroads into Non-Profit Worker Groups has remained a challenge for Organizers,’” Bloomberg Law Analyst Robert Combs said. “But Unions that reach the National Labor Relations Board (NLRB) Election stage ‘have had success.’”

Unions have organized Non-Profit Workers for decades, but the effort has become a national priority for the OPEIU and NPEU recently.

Several Local Unions already were doing Non-Profit Organizing at the OPEIU, but the Union kept receiving organizing leads at the national level it couldn’t pursue, according to OPEIU Director of Organizing Cynthia Schu.

“We just ‘didn’t have the capacity,’” Schu said. “And it was ‘really frustrating because we knew there were Non-Profit Workers really wanting to have a voice.’”

Three years ago, the Union made Non-Profit Unionizing a priority at the national level with increased organizing resources.

The OPEIU represents “several thousand” Non-Profit Workers, primarily concentrated on the East and West Coasts with an expanding reach in other parts of the country, according to Schu.

To Continue Reading This Labor News Story, Go To: https://news.bloomberglaw.com/daily-labor-report/nonprofit-workers-turn-to-unions-during-pandemic-uncertainty?link_id=16&can_id=d28a0e75022b91d73fc95bc86b686390&source=email-union-matters-may-8-2020&email_referrer=email_803843&email_subject=union-matters-may-15-2020