New York City Carpenters Put 1,000 Bags Of Groceries Into The Hands Of Families Struggling During The COVID-19 Pandemic 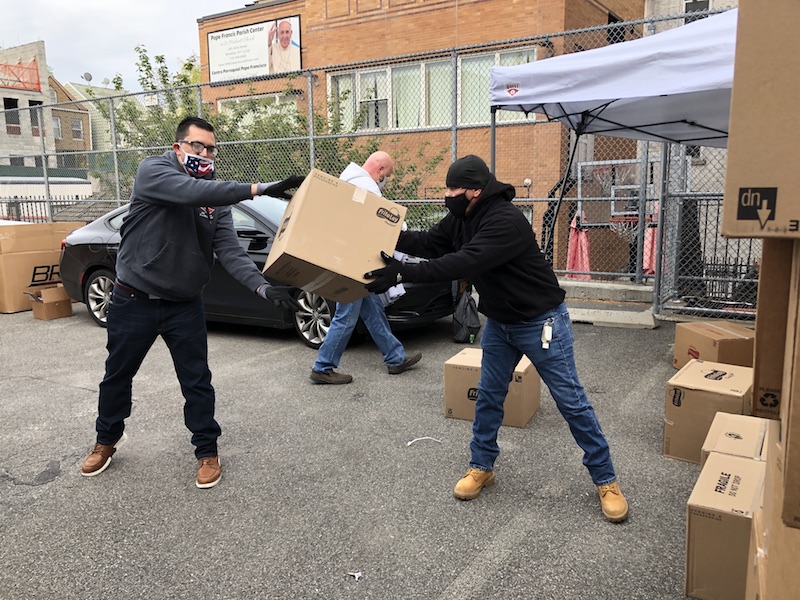 Approximately, 20 members of the Union - all of them proud Brooklynites - volunteered for the effort, according to Carpenter Officials.

The line of people to pick up the much-needed food items stretched seven blocks long, according to a Union Spokesperson.

“Now ‘more than ever, New York City has to come together to battle this novel virus,’” Carpenters Executive Secretary-Treasurer Joseph Geiger later said.

After all of the grocery bags were exhausted, the Carpenters began distributing $25 food vouchers to the remaining families, according to the spokesperson.

Earlier this year, NYCDCC Members helped to build temporary hospitals at the Jacob Javits Center to help the city respond to the ongoing COVID-19 Pandemic.

Before that, they helped construct an ice rink for the Special Olympics and aided Bahamians rebuild after Hurricane Dorian.

“Whether ‘that’s being on the front lines, building temporary hospitals or working at a food drive to give back to families in need, everyone should have support during this trying time,’” Geiger added. “We at the New York City and Vicinity District Council of Carpenters ‘are proud to do our part in bringing some relief to our neighbors.’”

To Directly Access This Labor New Story, Go To: http://laborpress.org/nyc-carpenters-put-1000-bags-of-groceries-into-the-hands-of-families-struggling-during-the-covid-19-pandemic/