As Trump Urges Reopening, Thousands Are Getting Sick On The Job 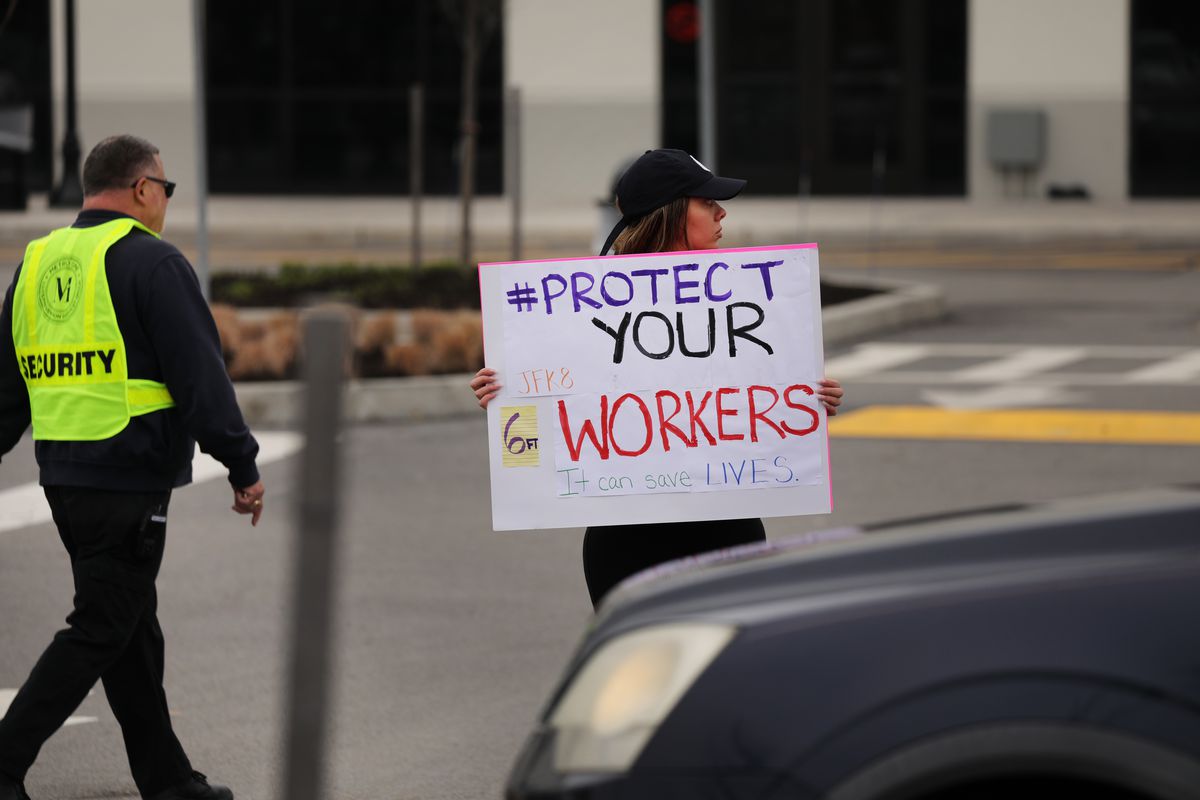 (NEW YORK CITY) -  Even as Republican President Donald Trump urges getting people back to work and reopening the economy, an Associated Press (AP) analysis shows thousands of people are getting sick from COVID-19 on the job.

Recent figures show a surge of infections in meatpacking and poultry processing plants.

There’s been a spike of new cases among Construction Workers in Austin, Texas, where that sector recently returned to work.

Even the White House has proven vulnerable, with positive Coronavirus tests for one of Trump’s valets and for Vice President Mike Pence’s Press Secretary.

The developments underscore the high stakes for communities nationwide as they gradually loosen restrictions on business.

“The people ‘who are getting sick right now are generally people who are working,’” Dr. Mark Escott, a Regional Health Official, told Austin’s City Council. “That ‘risk is going to increase the more people are working.’”

Austin’s concerns will likely be mirrored in communities nationwide as the reopening of stores and factories creates new opportunities for the virus to spread.

To be sure, there are plenty of new infections outside the workplace - in nursing homes and among retired and unemployed people, particularly in densely populated places such as New York City, Chicago, Philadelphia and urban parts of New Jersey and Massachusetts.

Yet, of the 15 U.S. counties with the highest per-capita infection rates between April 28th and May 5th, all are homes to meatpacking and poultry processing plants or state prisons, according to data compiled by the AP.

The county with the highest per-capita rate was Tennessee’s Trousdale County, where nearly 1,300 inmates and 50 Staffers recently tested positive at the privately-run Trousdale Turner Correctional Center.

In the Federal Prison System, the number of positive cases has increased steadily.

The No. 2 County on AP’s list is Nobles County in Minnesota, which now has about 1,100 cases, compared to two in mid-April.

The county seat, Worthington, is home to a JBS Pork Processing Plant that employs hundreds of Immigrants.

“One guy said to me, ‘I risked my life coming here. I never thought something that I can’t see could take me out,’” said the Reverend Jim Callahan of St. Mary’s Catholic Church in Worthington.

Nebraska’s Dakota County, home to a Tyson Foods Meat Plant, had recorded three cases as of April 15th, and now has more than 1,000.

There have been at least three COVID-19 deaths, including a Muslim woman from Ethiopia who was among 4,300 Employees at the Tyson plant.

“These are ‘sad and dangerous days,’” the Imam of a regional Islamic center, Ahmad Mohammad, told The Siouxland News.

To Continue Reading This Labor News Story, Go To: https://apnews.com/ca81c7b25c28945361d716ed5835b658?fbclid=IwAR0zmt_X5Y-AhBasRsdt8mXL30MQUCsiNbnmwHyoSqsui2QJm_OEqC9TGzM