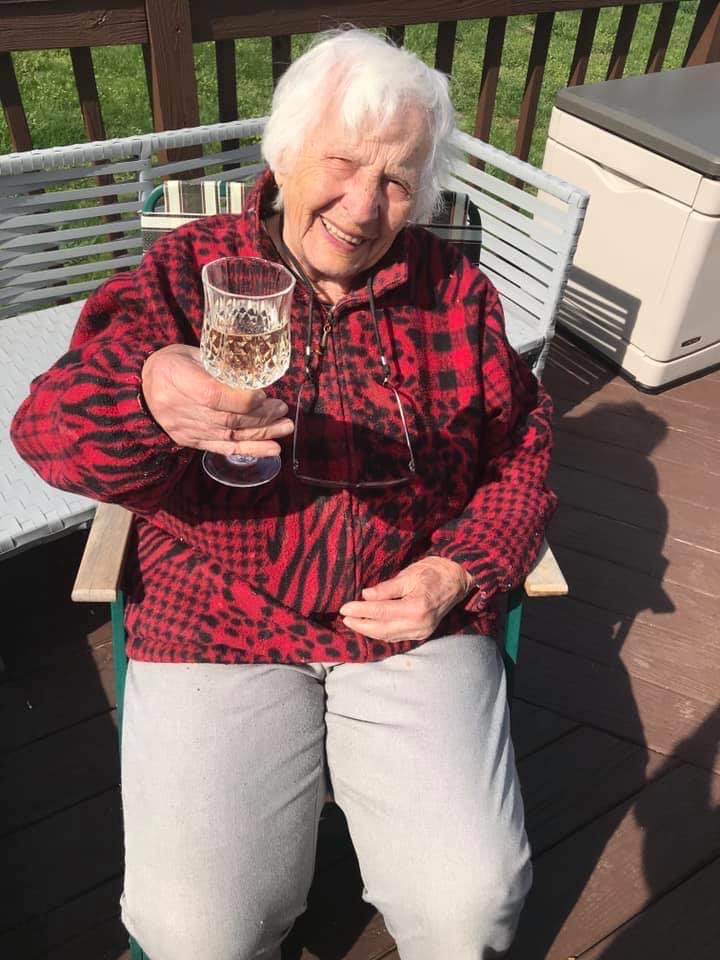 United Federation of Teachers (UFT) Member Luisa Ceci Jacobson celebrated her centennial on May 10th with friends and family forming a cavalcade of cars honking horns and cheering the Italian emigre outside her home in Bayside, Queens.

Jacobson taught at several schools throughout Queens, Brooklyn and Long Island throughout her 27-year teaching career, but the bulk of it was spent at I.S. 109 (then J.H.S. 109) in Queens Village.

“She’s a ‘very accomplished’ individual ‘who has been a pillar for her family and her community,’” said New York City Council Member Barry Grodenchik, who honored Jacoboson with a special New York proclamation. “It’s ‘no ordinary feat for someone to turn one hundred years old!’”

Jacoboson came to the United States when she was seven-years-old, and, according to her daughter Carole Papadatos, and was the first woman from the village of Vallacorsa, Italy to attend college.

“I was born three months ‘before’ women had the right to vote,” Jacobson once said.  “I ‘broke my own glass ceiling by being the first woman from my hometown to attend university.’  Women ‘have made progress in this world, that’s for sure.’  ‘It’s not a man’s world anymore; it’s becoming a woman’s world.’”

Despite not writing a thesis, Jacobson earned all her credits towards what could have been a Doctorate’s Degree in Education before retiring in 1982.

“She taught Italian, Spanish and at one point she also taught Math,” said her daughter, Carole Papadatos. “I ‘always wanted to teach as a little girl, and I was partially inspired by her.’  She ‘loved’ teaching.  She ‘loved working with kids.’”

After retiring, Jacobson would go to the Young Israel Senior Center in Holliswood three times a week to have lunch and play bridge, but since the Coronavirus outbreak, she has been forced to stay at home.

“She ‘used to hang out’ with the people there,” said Papadatos. “So ‘she misses that the most.’”

To Directly Access This Labor News Story, Go To: http://laborpress.org/two-global-pandemics-cant-stop-retired-uft-educator-as-she-celebrates-her-100th/