(NEW YORK CITY) - An overwhelming majority of Staff at the New York City Civil Liberties Union (NYCLU) has announced they are seeking voluntary recognition to form a Union at the NYCLU with the National Organization of Legal Services Workers/United Auto Workers (UAW) Local 2320.

"NYCLU Staff are proud to join the growing movement of Non-Profit Workers to Unionize to create sustainable and equitable workplaces where all Employees can thrive," the Union said in a statement. "We hope to move quickly through the process to do so." 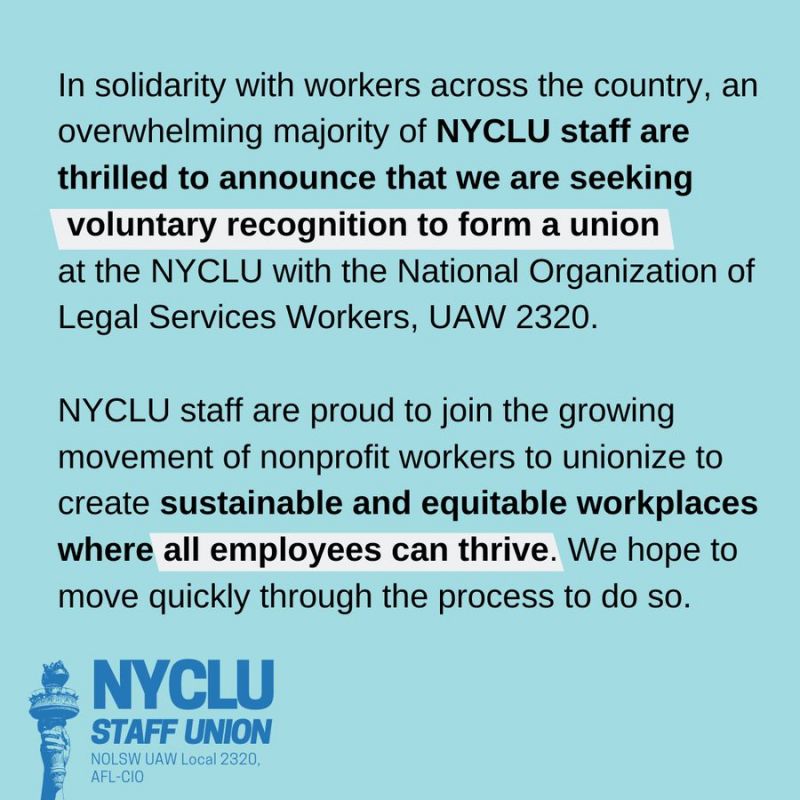 The NYCLU is one of the Nation's foremost defenders of Civil Liberties and Civil Rights.

Founded in 1951 as the New York affiliate of the American Civil Liberties Union (ACLU), the NYCLU is a not-for-profit, non-partisan organization with eight chapters and regional offices and more than 160,000 members across New York State.

The NYCLU’s mission is to defend and promote the fundamental principles and values embodied in the Bill of Rights, the U.S. Constitution, and the New York Constitution, including Freedom of Speech and Religion, and the Right to Privacy, Equality and Due Process of Law for all New Yorkers.