One Of A Kind: Jolene Cicci Is The Only Female Linewoman Employed By West Penn Power - I Dont Think Im The Only Woman In Pennsylvania That Can Do This Job.

Published Monday, May 11, 2020
by Katie Anderson/observer-reporter.com 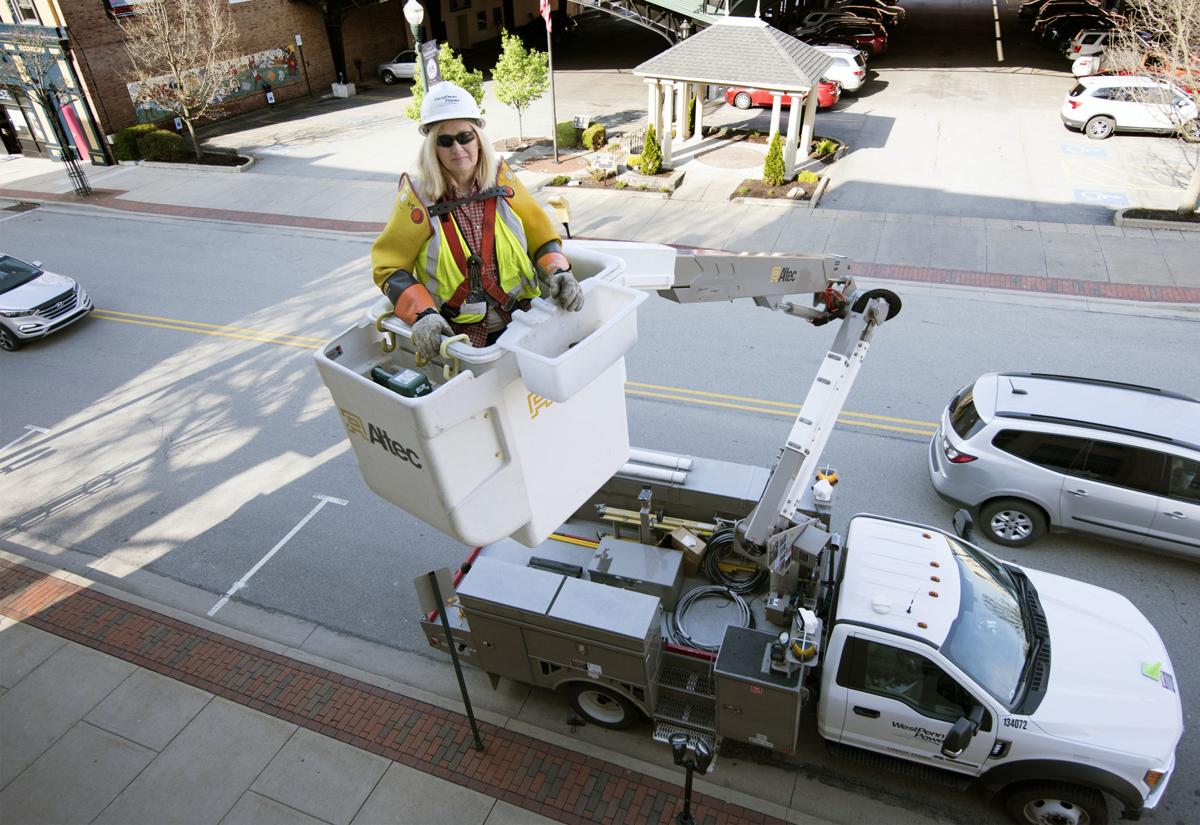 (WEST BETHLEHEM TOWNSHIP, PENNSYLVANIA) - Jolene Cicci, of West Bethlehem Township, is literally one of a kind.  She’s the only female Linewoman among hundreds of Linemen who work for West Penn Power, and one of about five Linewomen who work throughout the parent company, FirstEnergy.

“In ‘my opinion, in part it’s the physical aspect of the job, but also, I think a lot of women just don’t know about it,’” Cicci said. “I ‘don’t think I’m the only woman in Pennsylvania that can do this job.’”

Line Workers are the people seen climbing the utility poles or in bucket trucks after a storm or other emergency.

“We’re ‘like a brotherhood.’  ‘We’re a rare breed,’” she said. “It’s ‘always rated one of the most dangerous jobs in the country.’  ‘You can’t make mistakes with electricity.’”

While in her 20s, she saw Linemen working outside her house one day and thought “that’s a pretty cool job.”

“My parents ‘always instilled in us that if you wanted to do something, don’t let barriers stand in the way of following your dreams, including gender barriers,’” she said.

As a 31-year-old single mother of two young daughters, Cicci began her career as a Labor Employee 30 years ago at the Hatfield Power Plant in Greene County.

She did that for two years, before a Lineman position opened up.

“I ‘always wanted to do this, and there were never any openings,’” she said. “I ‘figured I’d get in with the company and maybe something would open up.’”

In 1991, Cicci began a five-year training progression to become a Line Worker, collecting numerous certifications along the way.

Now, she’s reached the highest level, as a Journeyman Linewoman.

“With ‘that title, you can go anywhere in the country and work,’” she said. “The ‘demand is so high.’”

Cicci has worked all over the East Coast, including Vermont, New Hampshire, New Jersey and Florida.

She gets sent different places to repair storm damage.

During Hurricane Sandy in 2012, she spent nearly a month in New Jersey, working 16-hour shifts.

It’s a very demanding job, and the work-life balance isn’t always there, especially for a woman with two daughters, five grandchildren and a vintage sports car hobby, she said.

“We’re on call (24/7),” she said. “I’ve ‘missed’ Christmases, Thanksgivings, birthdays and my daughter’s college graduation.  ‘You have to thank your family for making those sacrifices.’”

To Continue Reading This Apprenticeship and Training Labor News Story, Go To: https://observer-reporter.com/news/localnews/one-of-a-kind-jolene-cicci-only-linewoman-for-west-penn-power/article_6f770852-614a-11e9-80cc-a3f65e426e7b.html