Biden Campaign Organizers Ratify Union Contract  For The First Time, The Staff Of A Major Partys Presidential Nominee Will Be Covered By A Union Pact 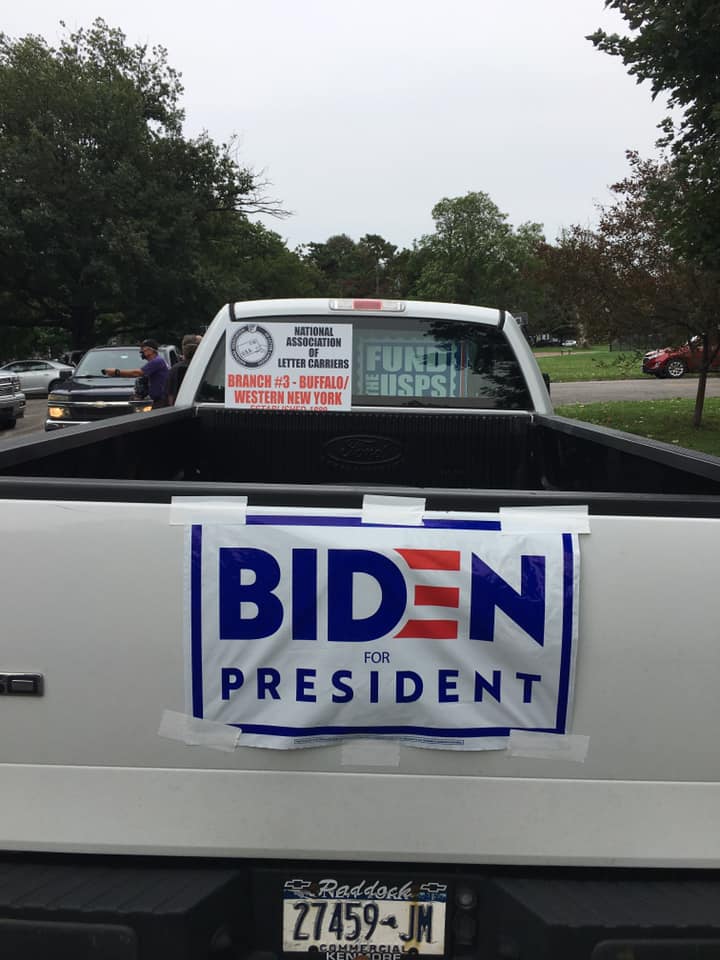 Field Organizers for Vice President Joe Biden’s Presidential Campaign have ratified a Union Contract that will give them a $15-an-hour Minimum Wage, Overtime Pay and a Grievance Process.

Biden’s campaign had previously recognized a Union representing its Organizers in Iowa, the first state to vote in the Democratic Presidential Primary.

The new agreement covers all of the campaign’s Organizers throughout the country.

The Organizers will be Members of the Cedar Rapids-based Teamsters Local 238.

“For the ‘first time in history,’ the Campaign Staff for a presumptive nominee of a major political party will be covered under a Union Agreement,” said Jesse Case, the Union’s Secretary-Treasurer. “We are pleased to announce that Biden for President Field Organizers, represented by Teamsters Local 238, have ratified a collective bargaining agreement effective May 1st.”

Field Staffers have historically worked long hours for some of the lowest pay in politics and were often expected to be on call 24 hours a day, 7 days a week.

Since 2016, Staffers for a growing number of Democratic campaigns and state parties have formed Unions, including the Staff of every major 2020 Democratic Presidential Primary Campaign.

The Biden campaign says the new agreement will result in Field Organizers’ annual pay spiking by an average of $1,900.

They will also receive a 100% employer contribution for medical and vision coverage.

The new contract covers about 100 Members of the Biden campaign at the moment.

Biden, a self-described “Union Guy,” has long said he would support a Staff Union.

He has released plans to make it easier for Workers to organize and has earned the endorsement of the International Association of Firefighters (IAFF), both major Teachers’ Unions, the United Food and Commercial Workers (UFCW) International Union and other major Labor Groups.

“We are ‘proud’ that our campaign ‘continues to live out the values that have defined Vice President Biden’s career,’” said Maju Varghese, the campaign’s Chief Operating Officer. “That is why ‘his plan to grow a stronger, more inclusive Middle Class - the backbone of the American Economy - demands that we strengthen Public and Private Sector Unions and help all Workers bargain successfully for what they deserve.’  ‘Our hard-working Field Organizers are no exception’ and ‘their efforts are critical to our success at the ballot box this Fall.’”

Staff Members of the Presidential campaigns of Democratic Senators Cory Booker of New Jersey, Kamala Harris of California and Amy Klobuchar of Minnesota were also represented by Teamsters Local 238.

The Union also represents Employees of the Iowa Democratic Party.

To Directly Access This Labor News Story, Go To: www.huffpost.com/entry/biden-campaign-union-contract-labor-democrats_n_5eb07099c5b602af0b8c5427