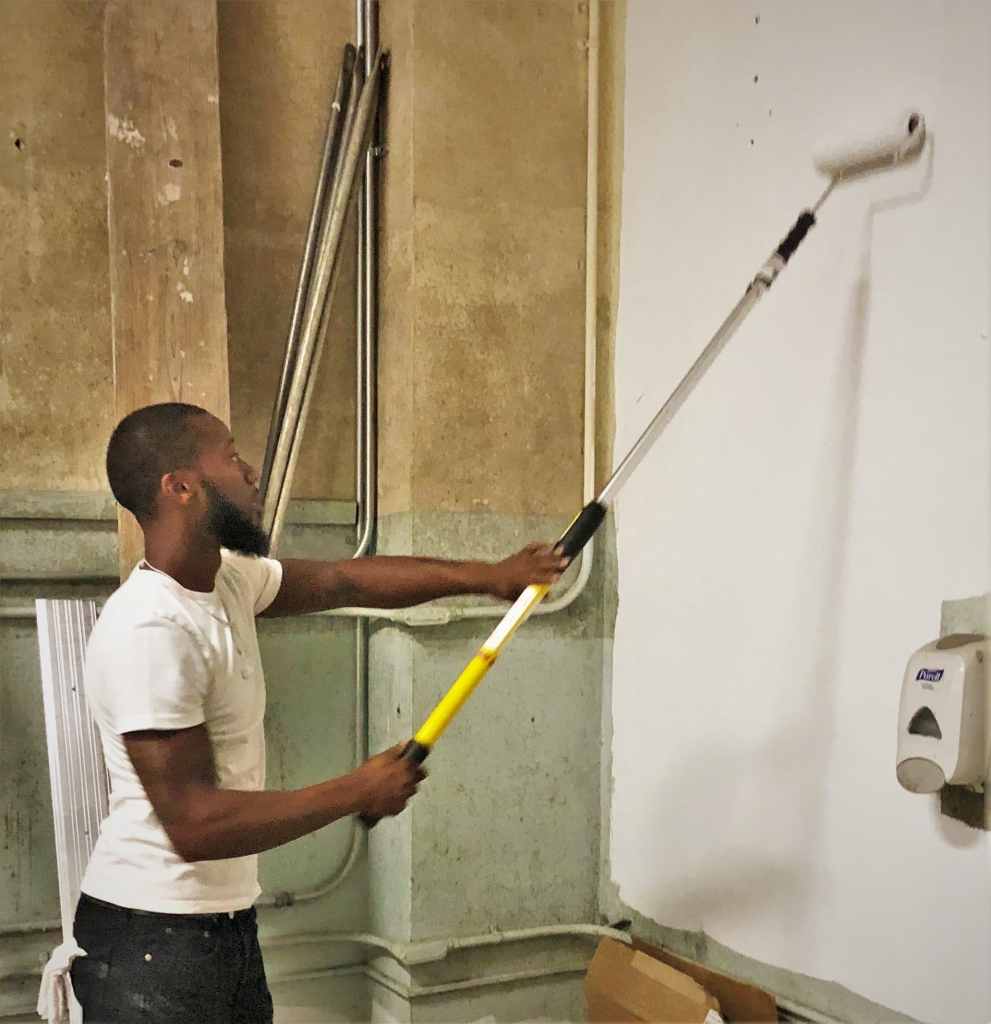 (PHILADELPHIA, PENNSYLVANIA) - Growing up in Southwest Philadelphia, Allen Hood (pictured above) had been thinking about a career in commercial painting for many years.

Beginning last September, that dream has become much more of a reality.

“Through the Rebuild Program, I’ve ‘had a chance to go through an intensive course of study with both classroom and hands on instruction,’” the outgoing young man told The Globe Times in a phone interview.  “It covered the technical side of painting, of course, but I also got some ‘great guidance’ on job skills and professional development – ‘the basics of employment which will help me if I join a large company.’”

Hood was selected with 15 other young men and women from a large group of applicants to enter the paid Rebuild Pre-Apprenticeship Training Program.

In parallel with the city’s Rebuild Project to revitalize its parks, libraries and recreation, the individualized training will prepare young people with the capabilities in the cement masonry, roofing, and finishing trades and qualify for Apprenticeship in local Trade Unions.

Hood’s pilot cohort included nine trainees in painting, six in roofing, and one cement masonry trainee, all preparing for Apprenticeships in affiliated Unions.

Participants started at $13.25 an hour during their training.

As Apprentices, they will work on Rebuild sites or partner projects across the city.

The Rebuild Program is another of the activities that is funded by the Philadelphia Beverage Tax initiated by Mayor Jim Kenney with solid, continuing support from the City Council.  Some of the approved projects include such Southwest locations as Paschalville, Kingsessing and Nixon Libraries, Finnigan’s Playground, and the Kingsessing and Myers Recreation Centers.

“Rebuild is a ‘once-in-a-generation investment’ in our public spaces ‘and we must use it as an opportunity to expand and diversify membership in the Building Trades Unions,’” Mayor Kenney said. “I ‘encourage people to apply for these programs and be part of the inclusive investments we are making to expand opportunities in every part of the city.’”

City Council President Darrell Clarke said: “Jobs and supporting small diverse businesses ‘are at the center’ of Council’s vision for Rebuild.  Building sites in this city ‘must reflect the demographics of our neighborhoods.’  ‘We need to create more opportunities for communities of color to benefit from the growth and progress happening across Philadelphia.’  Rebuild will be a ‘critical step toward increasing equitable growth across’ Philadelphia.”

“Ever since I was able to see the kind of painting work my uncle did, I’ve had that trade ‘in mind for the future,’” Hood said. “I ‘hope I’ll receive’ an Apprentice acceptance letter in June.   Rebuild ‘has given me the kind of peace of mind I’ve been looking for.’”