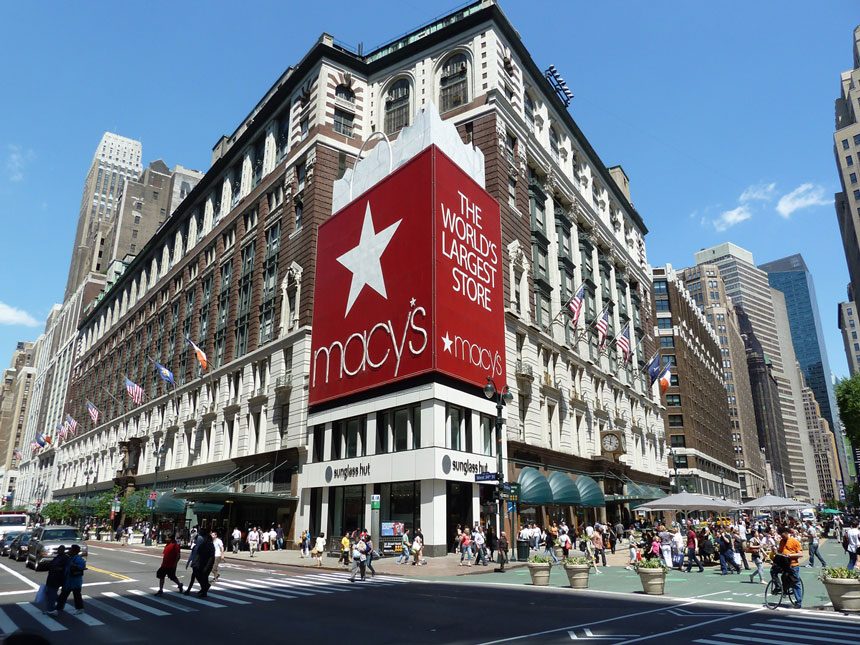 After repeated exchanges to extend the two contracts with RWDSU Local 1-S and Local 3 six-months to a year each, Macy’s has thus far refused to even consider it, the Union said.

RWDSU Local 1-S’s contract is set to expire today - on May 1st.

The Local represents 4,300 Workers across four Macy’s stores in the New York region.

The RWDSU, which also represents 2,000 Workers at Bloomingdale’s flagship store who are Members of Local 3, has also offered to postpone those negotiations as well, which are slated for 2021 - because Macy’s has said it wasn’t capable of negotiating both contracts in the same year.

“Macy’s ‘is insisting on holding contract negotiations in the midst of’ Governor (Andrew) Cuomo’s ‘stay at home’ order.  ‘Yes, the contract between Macy’s and its Workers’ Union is expiring soon.’  The stores ‘are closed, nobody is working, and neither party has any clue what the future will hold,’” RWDSU President Stuart Appelbaum said.  “How ‘do you negotiate in good faith when the company is unable to tell you when each store will reopen or how it will reopen, or for what hours and with what staffing needs?’  ‘It makes no logical sense for negotiations to move forward at this time - period,’”

RWDSU Local 1-S President Angella Harding said: “Macy’s suggestion to have the three dozen Members of the Union’s Negotiating Committee travel from all over New York City to Manhattan ‘for face-to-face negotiations at the beginning of May - in defiance’ of Governor Cuomo’s ‘stay at home’ order ‘is outrageous.’  To negotiate ‘now’ is Macy’s ‘attempt to take advantage of the crisis for its own ends, and it’s baseless given there are so many unknowns, shame on Macy’s.’”

Added RWDSU Local 3 President Cassandra Berrocal: “Bloomingdale’s Workers are offering to delay our negotiations (for) ‘an entire year to support our Brothers and Sisters at Macy’s’ – ‘the least you can do is work with us.’  We ‘are all adapting to our new reality’ as New York ‘responds to this crisis.’  Bloomingdale’s/Macy’s ‘needs to adapt to this reality now as well.’  Just as Macy’s ‘shouldn’t be promising a fireworks show that encourages New Yorkers to gather in crowds to enjoy it, Macy’s also shouldn’t pretend that it’s business as usual when it comes to these negotiations.’  This 'pause' is for everybody Macy’s - ‘even you.”