It Doesnt Matter If You Belong To NYSUT Or CSEA - Union Means Family: West Seneca Teachers & SRPs Team Up For Food Drive 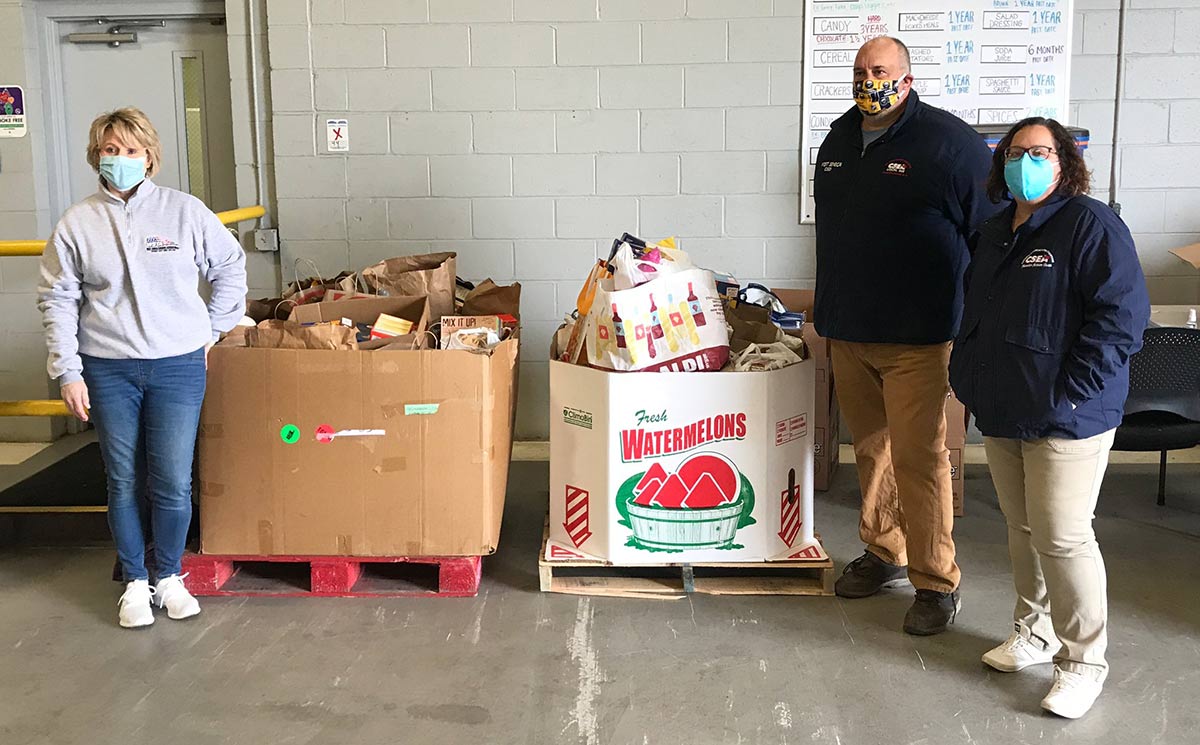 Running low on supplies, Feed More WNY, made a request for donations on the local news station.

CSEA leader Sheri Hawley saw the story and reached out to WSTA President Joe Cantafio about joining them for a food drive.

“We’re ‘all looking for ways to support our community and help out so we were glad to do it,’” Cantafio said. “We have a ‘good relationship with CSEA and we’ve collaborated before.’”

Cantafio turned over the organizing reins to Ann Houck, WSTA’s secretary, and the two Unions kicked off a collection drive a day after initial word went out, culminating drop off just two days later.

The results were impressive - they groups raised $5,000 and collected 2,500 pounds of food.

“When we first pulled up, ‘she didn’t realize it was one big donation,’” Houck said. “I ‘don’t think they thought that such a large donation would come together so fast.’”

Using the on-line platform Venmo to collect donations was key.

After checking with Cantafio about the viability of using the platform and documenting the donations for accounting purposes, Houck set up an account and sent out a call to action to the WSTA’s 560 members using the Local’s private App.

“We’ve used the App for the past six years and it’s a ‘great’ tool,” Cantafio said. “Every Member’ has it on their phone and we use it to quickly communicate.’”

“Literally sixty seconds after I got the Venmo account set up, ‘we got our first donation’ – ‘we raised more than ($1,000) in just a couple of hours,’” said Houck, who was surprised at the ease and speed of the fundraiser - which allowed Members to contribute from their phones.

“I ‘don’t think we would have gotten nearly the response if people had to drop off’ contributions,” Houck added.

The food collection was equally successful.

For two hours straight, a line of vehicles were either waiting, or pulling in, to drop off donations, she said.

“We also ‘got a lot of positive feedback’ from Members ‘thanking us for the effort - many wanted to help out but weren’t sure how,’” Houck said. “It was ‘great knowing that we may have significantly helped out people in our community.’  ‘It’s a testament to the kind of people our Members are.’”

To Directly Access This Labor News Story, Go To: www.nysut.org/news/2020/april/west-seneca