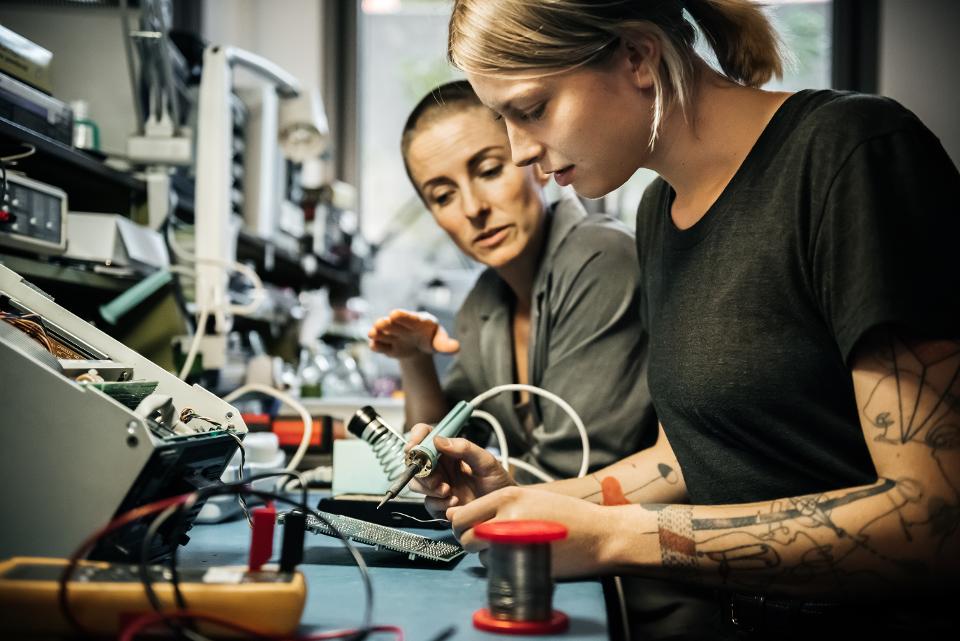 (WASHINGTON, D.C.) - Next month, a new Department of Labor Rule aimed at making it easier for businesses to set up Apprenticeships will take effect.

America’s Apprenticeship Programs, which lag behind much of the developed world in size and scope, is ripe for expansion.

Though the Department of Labor Rule is a small step, it could help bring Apprenticeships into the mainstream as an alternative to a traditional college education.

Seven in 10 American students enroll in college shortly after graduating high school, where they pay thousands of dollars to sit in classrooms for four years or longer.

Upon graduation, many do not find jobs that utilize the skills they learned in college.

An Apprenticeship, by contrast, allows people starting their careers to work and earn a wage while cultivating the skills they’ll need in the workforce.

Apprentices develop a set of specialized skills through both work-based learning and classroom instruction, and are mentored by more senior Workers in their field.

At the end of the program, which can last anywhere from one to four years, the Apprentice obtains an industry-recognized credential and a direct pathway into a career.

Many businesses find Apprenticeships an effective way to train skilled Workers, but some report that the process of registering an Apprenticeship with the Department of Labor is fraught with unnecessary paperwork and restrictive requirements.

The Department’s new rule hopes to expedite the development of Apprenticeships by authorizing third-party organizations to approve new “industry-recognized Apprenticeship Programs” - or IRAPs.

These third parties may include business associations, community colleges and non-profit organizations.

These groups are more in tune with industries’ needs and have more expertise in education and training, and so may be a better position than the government to recognize and oversee new Apprenticeship Programs.

The Department of Labor hopes that the rule will lead to the recognition of over 9,000 new Apprenticeship Programs over the next 10 years.

The new rule does not make a significant investment of taxpayer dollars.

Businesses will still be responsible for paying Apprentices’ wages and funding their training, but the rule will confer legitimacy on new Apprenticeship Programs and, through the third-party recognition entities, will create a network from which businesses can seek assistance in designing and setting up their IRAPs.

According to Robert Lerman, Apprentices constitute just 0.2% of the American Workforce.

Per capita, Canada has 11 times as many Apprentices as the United States, while Britain has 14 times as many and Germany 19 times.

Moreover, in other countries Apprenticeships are generally a substitute for a traditional college education, but in America, most people who’ve completed an Apprenticeship already have a Bachelor’s Degree or higher.

To Continue Reading This Labor News Story, Go To: www.forbes.com/sites/prestoncooper2/2020/04/28/the-trump-administration-takes-small-steps-toward-expanding-apprenticeships/#b069ad744c01