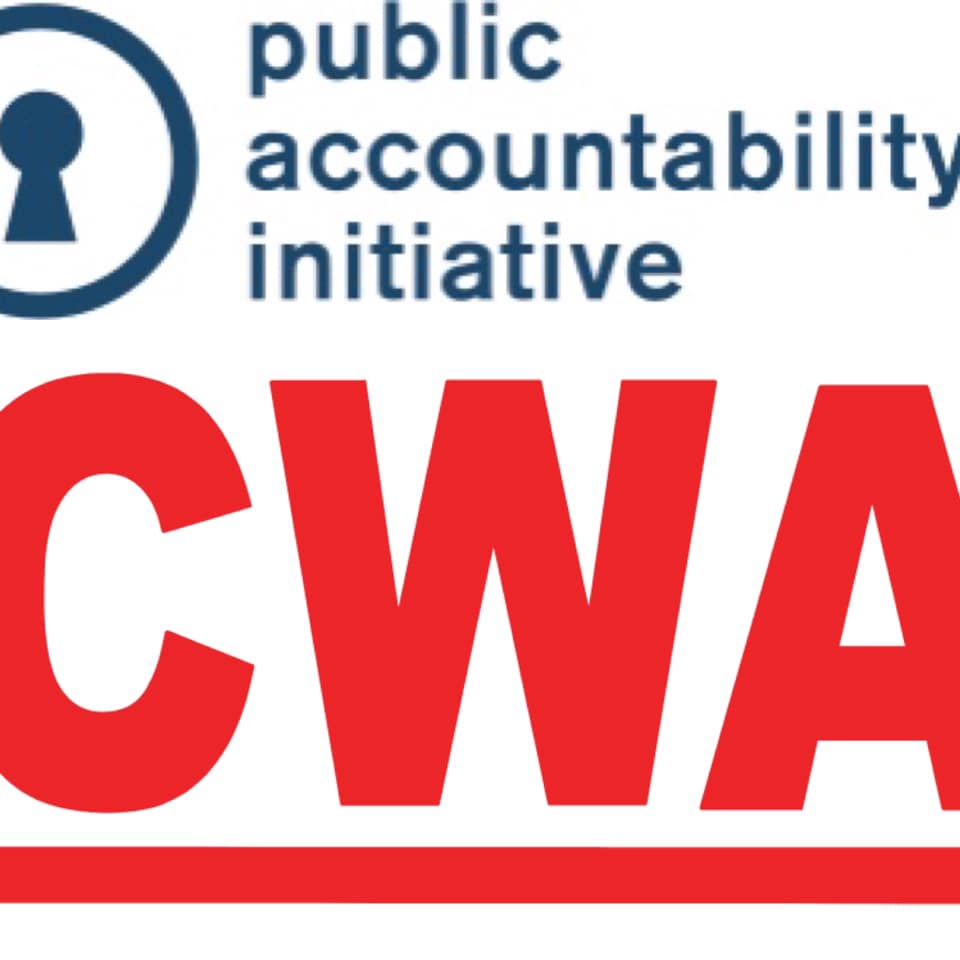 (BUFFALO, NEW YORK) – Staffers employed at the Buffalo-headquartered Public Accountability Initiative, a non-profit Public Interest Research Organization that’s focused on corporate and government accountability and specializes in researching and mapping power, has Gone Union - voting to be represented by the Communications Workers of America (CWA).

By a unanimous vote in a Union Election that was conducted by the National Labor Relations Board (NLRB), a total of seven Workers will now be represented by the CWA, according to new Unit Spokesman Bob Galbraith, who told WNYLaborToday.com the Workers had sought to Unionize for several reasons.

“In large part, ‘many’ non-profit organizations that we work with ‘are Unionizing’ and we do a lot of work with Labor Unions.  We have a ‘very progressive’ Staff ‘and this seemed like the next logical step to address the challenges we face’ (as Workers).  ‘That led us to realize that the time was right - right now.’  Due to the growth (PAI) has experienced, ‘we needed a formal structure in our workplace,’” Galbraith told Your On-Line Labor Newspaper.

PAI employs four Staffers in Buffalo, another in New York City, two in Philadelphia and another in San Juan, Puerto Rico, all who are now Members of the CWA Unit, which is part of Suburban Buffalo-headquartered Local 1122.

CWA District 1 Organizer Theresa Shaffer told WNYLaborToday.com the PAI Staff reached out to the Union when it decided they wanted to organize.

“We do work with PAI and ‘they came to us,’” Shaffer said.  “They ‘definitely wanted a voice in their workplace.’”

CWA Local 1122 President John Mudie - who formerly served as President of the Buffalo AFL-CIO Central Labor Council, told Your On-Line Labor Newspaper: "I 'like the fact we've got a community-minded organization with highly-educated Employees (going Union) - it's an asset to the Labor Movement.'  This is 'going to be a good partnership.'"

There was no opposition to the PAI Workers forming a Union from the PAI executive director, which Shaffer described “as a dream come true.”

“If ‘only that could be the case all the time’ (when it comes to organizing campaigns),” she said.

PAI’s work revolves around power research on networks of wealthy and powerful people, organizations - and their relationships.

By following the money and connecting the dots in the power structure, PAI supports challenges to corporations and other institutions that drive and benefit from economic inequality, racism and environmental degradation.

In addition to conducting power research, PAI also works to facilitate it by training people in how to conduct this research, and by developing technology like LittleSis.org (the opposite of Big Brother), a wiki database and tool for mapping power networks.