Expanding The Skills Of Young Mechanics Through Apprenticeships In Glenville, New York 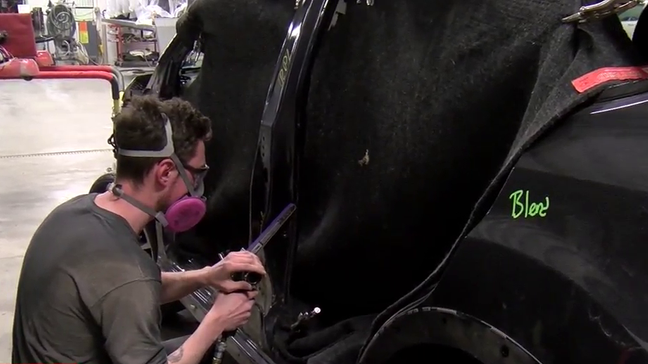 (GLENVILLE, NEW YORK) - Fixing cars is in Automotive Mechanical Technician Donni Karr’s blood, so it’s only fitting that it is also his last name.

“Since I’m young, my mom would buy me a toy and I would take it apart and put it back together, so I feel it was from then,” Karr says.

Now, he’s worked his way up in Mohawk Collision in Glenville.

He says manager Gerry Rosenbarker saw potential in him.

“He was like ‘you know, Donni, I see something in you that you’re not seeing in yourself' and he took me under his wing,” Karr said.

Now his career has taken off.

And Rosenbarker’s looking for more younger Mechanics - just like him.

“There’s ‘nobody left to do this,” Rosenbarker said. “The ‘average age of a body man right now is a little over fifty.’”

He says collision center work is much more complex than body shop work.

“Most body shops ‘are more like your standard physician,’” he said. “’We’re the surgeon.’”

He says the training manual is as long as 125 pages: “This is the factory repair providers for a 2019 Honda Ridgeline just to take the headliner out.”

Mohawk Collision is a sister shop of Mohawk Honda, but there’s also a Chevy and a Nissan here.

That’s because Mohawk Collision is factory-certified to work on 15 different types of cars.

But it also gave a guy with car in his name, a chance to make a name for himself in the industry.

To Directly Access This Labor News Story, Go To: https://cbs6albany.com/community/teem/expanding-the-skills-of-young-mechanics-through-apprenticeships