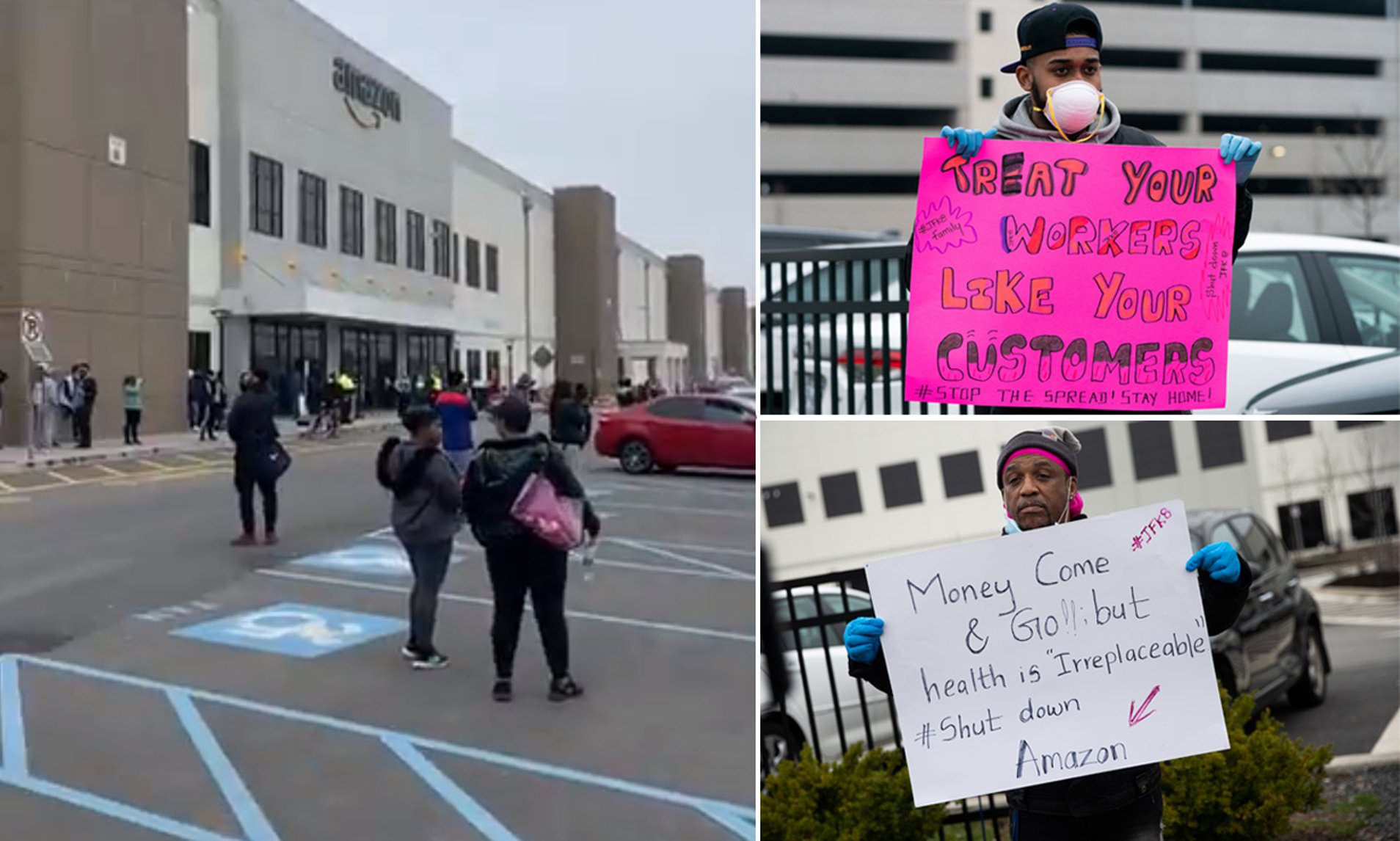 (STATEN ISLAND, NEW YORK) - Dozens of Amazon Workers at a Staten Island warehouse walked out of work Monday (March 30th) to protest the company's "lack of safety protocols during the COVID-19 Pandemic," demanding the location be shut down for at least two weeks - and the man who organized the walk-out was fired, according to a report.

Chris Smalls, a Management Assistant at the 855,000-square foot facility, lost his job after the event, CNBC reports.

The company confirmed Smalls had been fired, telling CNBC that Smalls received "multiple warnings" about maintaining social distancing guidelines, adding that Smalls refused to stay in isolation after coming in contact with a Co-Worker who tested positive for COVID-19.

New York Attorney General Letitia James said it was "disgraceful" Smalls lost his job and said her office is looking into the matter.

While Amazon says only one Employee at the location has gotten sick, other Workers say the actual number is higher than that at the facility that employs 4,500 people.

The Workers demanded the company offer paid leave for the time the facility, known as JFK8, is thoroughly cleaned.

"This company ‘is essential, but I believe I my life is essential too,’" said another Employee.

Amazon said that the facility did not need to be completely shut down in order to be cleaned effectively.

In a statement to NBC New York, Amazon called the accusations that Employees were working in an unclean environment "unfounded," and said it was only a small handful - less than half a percent of Workers at the facility - who staged the protest on Monday.

The Union representing the Workers said Amazon had been prioritizing profits over people's health and safety.

"All employers ‘need to prioritize the health and safety of their workforce at this time.’ ‘Unfortunately, Amazon appears to be prioritizing maximizing its enormous profits even over its employees' safety - and this is unacceptable,’" Retail Workers and Department Store Union (RWDSU) President Stuart Appelbaum said.

Workers at Amazon aren't the only ones concerned over their work conditions, as some Instacart Employees are sitting out deliveries until they get protective equipment, $5 hazard pay per order and 10% default tips.

Whole Worker, a Workers Group for Whole Foods Employees, is also calling for a nationwide “sick out” on Wednesday (April 1st) as it demands hazard pay, immediate shut down of stores if a Worker tests positive and health care benefits for Part-Time and Seasonal Workers.

Whole Foods, which is owned by Amazon, is offering a temporary $2 raise in hourly wages and two weeks of paid time off for anyone who tests positive for Coronavirus or who is quarantined.

To Read This Labor News Report In Its Entirety, Go To: www.nbcnewyork.com/news/local/amazon-fires-staten-island-worker-who-organized-walk-out-protest-over-lack-of-coronavirus-protections/2352118/?fbclid=IwAR02V-rM2kgd7xG-fvePWDF1bTidudoraM36fMqXziuHZYFbB_yFfjjeiQU