This Is The Power Of A Union, SEIU Wins $3 Billion To Protect Airport Workers - Union Persuades Congress To Dedicate Funds In The Stimulus Legislation To Keeping 100,000 Airport Workers Solvent 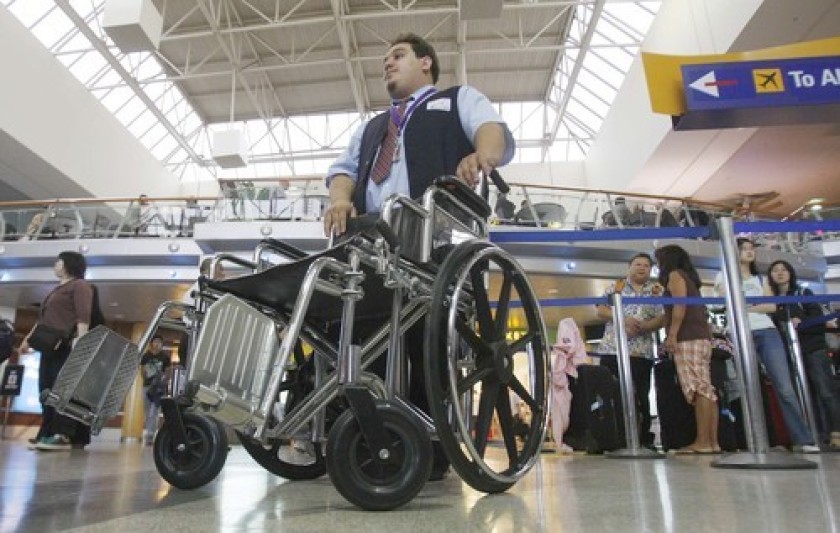 (WASHINGTON, D.C.) - After four years working as a Baggage Handler at New York’s John F. Kennedy International Airport, Kachelle Lasley was laid off last Saturday, becoming one of thousands of Airport Workers laid off nationwide as a result of the Coronavirus Pandemic.

Like many of these laid-off Workers - a group that includes Wheelchair Attendants, Airplane Cabin Cleaners, Skycaps and Security Guards - Lasley was deeply worried how she would pay her April rent: “I’m ‘not sure how I’ll survive.’  ‘I still have a few dollars from my last paycheck.’  ‘I worry whether I’ll have enough money for food next week.’”

Lasley, 30, joined a major campaign by her Manhattan-based Union, Local 32BJ of the Service Employees International Union (SEIU), that called on Washington not to give the airlines the $60 billion bailout they were seeking unless Airport Workers - not just direct Employees like Pilots and Flight Attendants, but also contracted Airport Employees like Baggage Handlers and Cabin Cleaners - benefited from the bailout.

“A lot of people in my position ‘work paycheck to paycheck.’  ‘They don’t have any savings,’” said Lasley, who applied for Unemployment Insurance this week. “The bailout ‘shouldn’t go just to the airlines and the people who work directly for the airlines.’  A lot of the contract companies and contract workers ‘do a lot of the work.’  ‘We do a lot of the heavy labor.’”

Lasley and many other Airport Workers got some good news when the Senate approved a $2 trillion Stimulus Package, which, as part of the airline bailout, included $3 billion aimed at deterring airlines and airports from laying off more than 100,000 Contracted Airport Workers nationwide.

In addition, the Stimulus Bill would provide substantially increased Unemployment Benefits to Workers like Lasley, who applauded the legislation, but remained uncertain whether it would get her employer to take her back in the near future.  “I ‘hope it will enable me and all my Co-Workers to get rehired,’” she said. “We ‘did a lot for them.’”

She was pleased the Stimulus Bill would pay improved jobless benefits: “Whatever Unemployment Insurance ‘can do for us is greatly appreciated.’  ‘Nobody should get laid off right now, but things are very difficult.’”

Her employer had her oversee baggage carousels at JFK for Delta, KLM, Virgin Atlantic, and Aeroméxico, meaning she often removed heavy luggage from those carousels.

One of Lasley’s biggest financial burdens is $39,000 in student debt she incurred when attending a for-profit college where she studied fashion.  She dropped out because she could no longer afford to continue.

The Stimulus Package includes $25 billion in grants and $25 billion in loans for the airlines, with specific provisions designed to keep Airport Workers employed.

SEIU President Mary Kay Henry thanked a host of Democratic Lawmakers for making sure the legislation protected these Workers: “Contracted Airport Workers ‘just showed that when we stick together, we can win for our families.’  ‘This was an incredible show of Union Solidarity that serves as an example to Working People everywhere.’  ‘Now we’re calling on the airline industry to stop the layoffs of thousands of Contracted Airport Workers.’”

To Continue Reading This Labor News Story, Go To: https://prospect.org/coronavirus/union-wins-3-billion-to-protect-airport-workers/?fbclid=IwAR3TWuGsHwc7COAZzMHqRc2fsTDM-5p9Hf2-NEAttFfORTVhImDWotFSLcY