While The Coronavirus Cancelled Plans For People To Gather To Mark The 109th Anniversary Of The Triangle Shirtwaist Fire In New York City, The New York AFL-CIO Offers A Podcast: A Day In History That Changed Workplace Safety 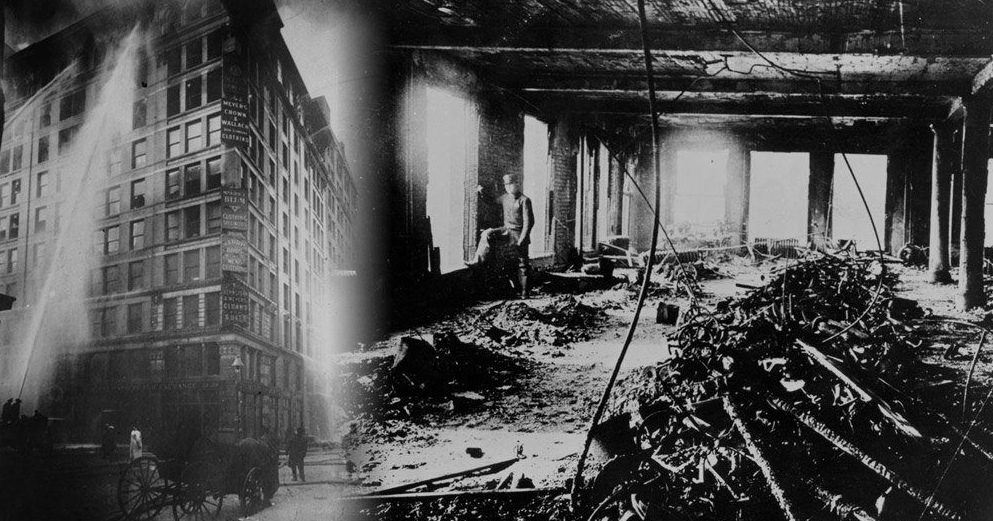 (NEW YORK CITY) - While the Coronavirus cancelled plans for people to gather to mark the 109th anniversary of the Triangle Shirtwaist Fire in New York City today (Wednesday, March 25th), the New York AFL-CIO is offering a podcast: A Day In History That Changed Workplace Safety.

Normally on this day, large crowds of Union Members and others would gather at Washington Place and Greene Street to pay tribute to the 146 lives lost on that fateful day.

It was one of the deadliest industrial disasters in U.S. history.

However, COVID-19 has canceled those plans as gatherings continue to be off-limits.

So, the New York State AFL-CIO said, as more of us continue to be confined to our homes, we thought it would be fitting to remind you of this podcast - A Day in History that Changed Workplace Safety.

It is a look-back at how a single tragedy changed workplace safety and strengthened the Labor Movement.

Meanwhile, the New York City AFL-CIO Central Labor Council is calling for a renewed focus on Worker Protections on this, the 109th Anniversary of the Triangle Shirtwaist Fire.

Today, we mark the 109th anniversary of the Triangle Shirtwaist Factory Fire, a catastrophic event in which 146 Workers, mostly young Immigrant Women, were killed as a direct result of abhorrent working conditions and woefully insufficient Workplace Safety Standards.

The loss of life was both tragic and avoidable, and sent shockwaves through our city and Nation.

Outraged Americans demanded that these Workers’ deaths not be in vain and the public outcry that followed brought a renewed sense of urgency to the Labor Movement and to the fight for stronger Workplace Protections and Fire Safety Laws.

We had hoped to commemorate the anniversary of the Triangle Fire as we normally do, gathering by the hundreds on the corner of Washington and Greene Streets.

A fire truck ladder would be raised to the 6th floor of the building, the highest point it could reach in 1911, although the fire engulfed the 8th, 9th and 10th floors.

Family members and others would read the names of those who perished as we laid flowers at the base of the Asch Building.

Instead, we find ourselves memorializing the fire in a different way, at a time when urgent attention must again be drawn to workplace conditions and the health and safety of Workers.

As Americans from every city and state face the realities of a global pandemic, it’s critical that we protect the Working People on the front lines of the crisis.

Our Health Care Workers and First Responders are caring for those who are ill.

Our Retail and Distribution Center Workers are keeping food and other supplies available.

Transportation, Sanitation and other Infrastructure Workers are keeping New York running so that we all have access to the goods and services we rely on.

As a city, we’re seeing with stark clarity that the very Workers we too often take for granted are the ones who are the most essential to all of our safety, health, and well-being.

Let’s make this a galvanizing moment - a moment to avoid the damaging costs of shortsighted political decisions and put the safety of our Working People front and center.

Frances Perkins famously said that the day the Triangle Shirtwaist Factory burned was the day that the New Deal began.

Just as the Labor Movement did after that tragedy, let’s stand together in solidarity to make sure that the voices of Working People are heard, and that front-line Workers, as well as other Workers receive the protections and support that they need.

As we reflect on the 146 lives that were lost on this day in 1911, let us also take to heart the words of Mother Jones: “Pray for the dead and fight like hell for the living.”