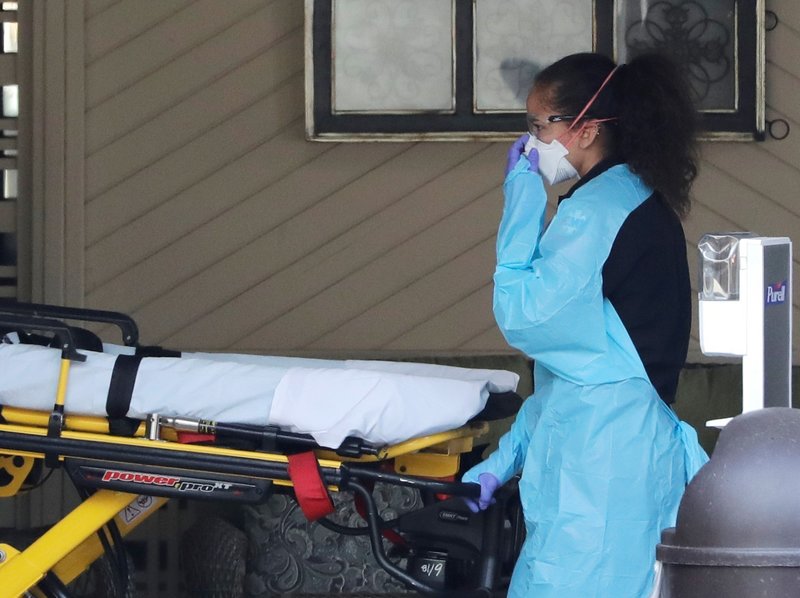 (NEW YORK CITY) - As Workers from various professional backgrounds throughout New York City try to stay afloat during the Coronavirus Pandemic, Union Leaders are stepping up to do whatever they can to protect them and stay abreast of their needs - despite the Federal Government’s initial response to the crisis.

“I ‘don’t think’ Mayor Bill de Blasio ‘was honest from the beginning about not having enough supplies,’” said Teamsters Local 237 President Greg Floyd, a representative of 23,000 Municipal Workers. “City Workers, including those in hospitals, ‘didn’t have the proper equipment’ - masks, gloves and the hand sanitizers – ‘but we were told to go out there and do a job.’”

Last week, de Blasio tweeted there will be a shortage of ventilators and reached out to Tech Entrepreneur Elon Musk, saying the Big Apple “will need thousands over the next few weeks.”

“The ‘crisis is upon us and the stock is non-existent,’” Floyd said. “The Workers ‘are going in and putting their lives at risks trying to perform their duties.’”

So far, four Members of Local 237 - who work in School Safety and the Housing Department, have contracted the Coronavirus.

Floyd is demanding more training and equipment for City Workers who still must work during the crisis.

Members of the American Guild of Musical Artists (AGMA) are also struggling, according to Len Egert, the National Executive Director of the Union.

Last week, the Metropolitan Opera, one of the largest performing arts center in the country, laid off its Employees.

“Our Members are Performing Artists, but across the country and here in New York City, the venues are closing.  The performances are being cancelled.  In some cases they have been postponed, but we are not even sure if they will be able to perform in future dates,” said Egert. “Everyone is ‘going through hard times,’ but for Performing Artists, Singers, Dancers and the others that we represent – ‘they don’t get paid unless they perform.’”

While the Full-Time Employees may get benefits, Freelance and Contract Performers may not even qualify for Unemployment Benefits, according to Egert.

“If you were contracted to perform in four or five performances, but they have been cancelled, ‘now you are not an Employee of the Metropolitan Opera, technically speaking, and you can’t apply for Unemployment Benefits,’” Egert said. “We are ‘working on legislation that will give relief to those sections of our Membership.’”

To Continue Reading This Labor News Story, Go To: http://laborpress.org/heads-of-nyc-unions-react-to-growing-coronavirus-crisis/